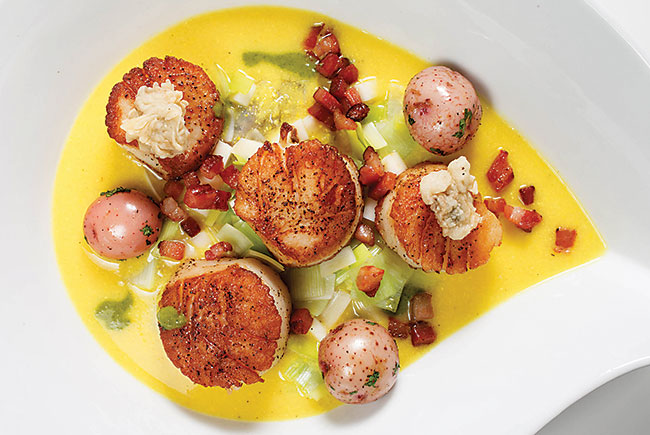 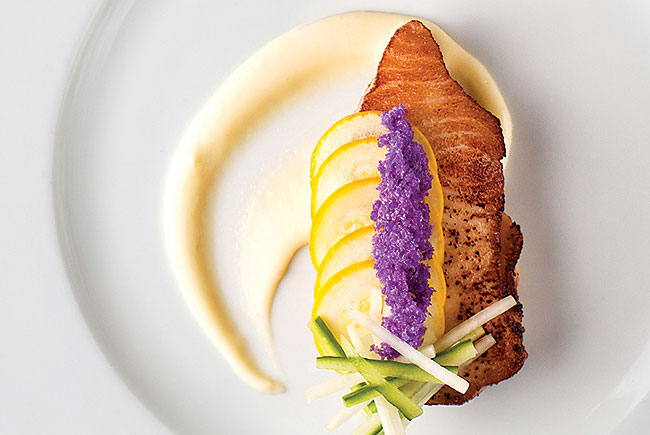 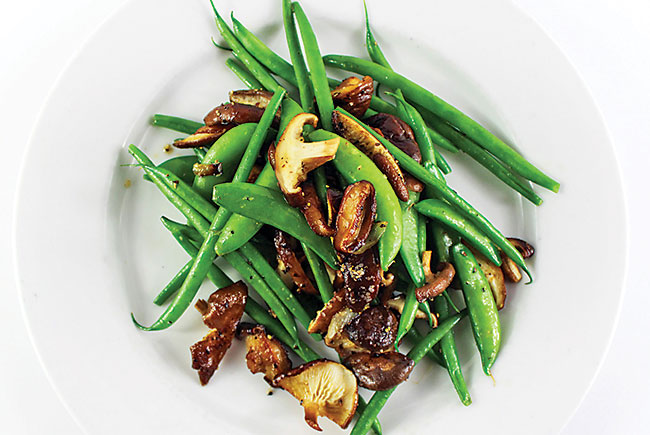 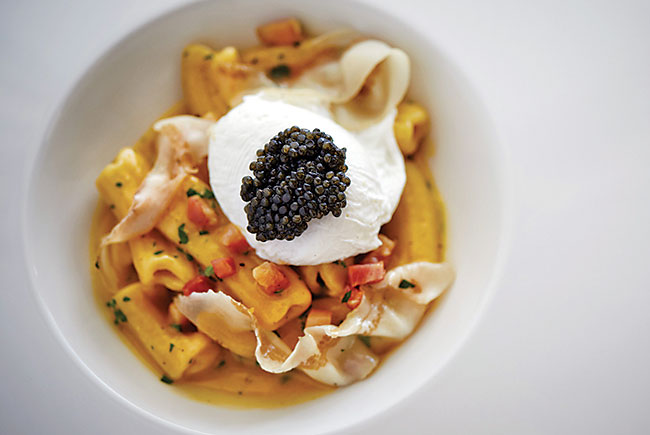 A dish from Jové Kitchen & Bar

The first taste of the new year may well be a small plate of thinly sliced octopus with slivers of jalapeno and tangerine.

Next could be a monster tomahawk ribeye or a butter-poached lobster. More likely however, it will be more small plates, lamb meatballs and polenta, artichoke/fennel hash, lobster sliders, gator hushpuppies, warm olives and almonds.

In some restaurants, the entire fare is small plates, or as one menu has it, small and “slightly larger.” In that case not a big plate, but a $16 bowl of house-made pasta with pancetta, arugula, Crotone cheese and lemon parsley breadcrumbs.

If food plates are smaller, some prices can get larger. More fine restaurants offer tasting menus at $100 and up, and trendy cocktails will take most of a $20 bill.

Large or small, the plates increasingly hold corn, greens and eggs from Florida’s growing farm-to-table purveyors — with more local catch like rock shrimp and hometown craft beers, too. Latin flavors are the other culinary pole pulling Florida taste buds, from Peru and Central America as well as Mexico and Spain’s Catalan and Basque regions. In Asian cuisine, Korean accents are showing up.

Good news for vegetable haters: The kale moment may have passed. Bad news? Cauliflower is on the comeback. And we can all welcome sweet parsnips.

As chefs stock up on produce, they’ll have more and better vegetarian and vegan entrees and offerings.

Diners can fill out their plates with a range of pasta shapes and sizes and bushels of quinoa, farro, spelt and other grains.

What are the Golden Spoons?

» Read this FAQ about Florida Trend's Golden Spoons with Restaurant Editor Chris Sherman to learn what the Golden Spoon Awards are, when they started, and much more.

Florida Trend restaurant editor Chris Sherman stuck his finger into Key lime pie 20 years ago and has eaten his way up, down and across the sunshine state. Florida sets a big and constantly changing table, so when you find a great new restaurant or have a grand meal, let Florida Trend know.

Find a Golden Spoon by City

(Note: This list by city includes Golden Spoon winners, Hall of Fame winners and Best New Restaurants. Numbers in parenthesis indicate more than one listing per city.)
About Us Contact Us Site Map Circulation Services