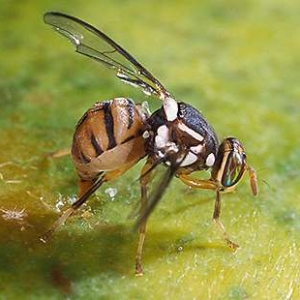 What's the biggest enemy to Miami-Dade County's $1.6 billion agriculture industry? A little fruit fly. Specifically, the Bactrocera dorsalis, or oriental fruit fly. The Oriental fruit fly is so dangerous because it affects over 400 different plants and fruits. More from the Washington Post, Newsweek, WFSU, and Inverse.

Health care costs continue to rise, and workers are shouldering more of the burden. The big reason? Skyrocketing deductibles. More companies are adding deductibles to the insurance plans they offer their employees. [Source: NPR]

Age discrimination tough to prove, but there are some signs

The recent recession was particularly hard on educated baby boomers, who comprised a large part of middle management in many organizations. As companies scrambled to cut costs they eliminated thousands of jobs, and these well-compensated managers were often the first to go. [Source: Florida Times-Union]

› The Company of Animals moves U.S. headquarters to Florida quarry [Pet Product News]
When your business is located in New England and facing another challenging winter, the Sunshine State has a nice ring to it. So as of Aug. 31, The Company of Animals completed moving its entire U.S. inventory from Bridgeport, Conn., to its new corporate stomping ground in Davenport, Fla.