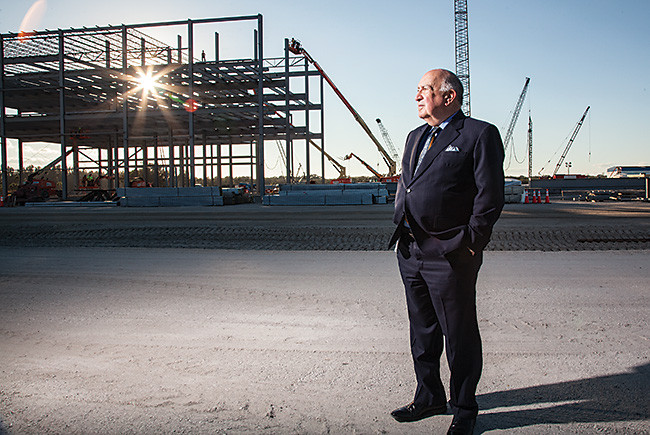 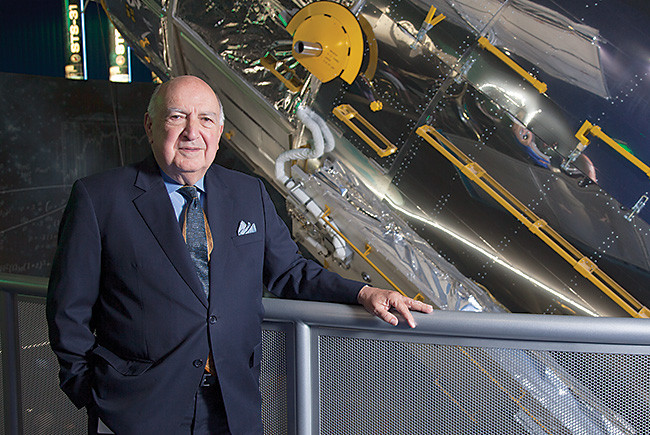 “I swore when I took this job that I never wanted to see Florida again injured or damaged by an overdependence on a large federal program that got canceled.” - Frank DiBello 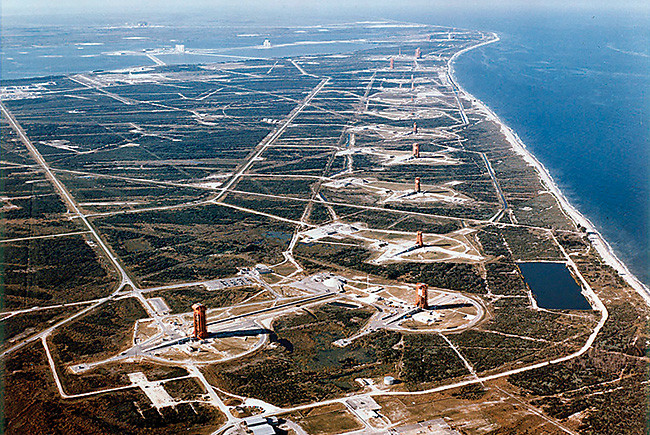 Space Florida, based at the Cape, is the state’s latest iteration of a state economic development organization devoted to space. 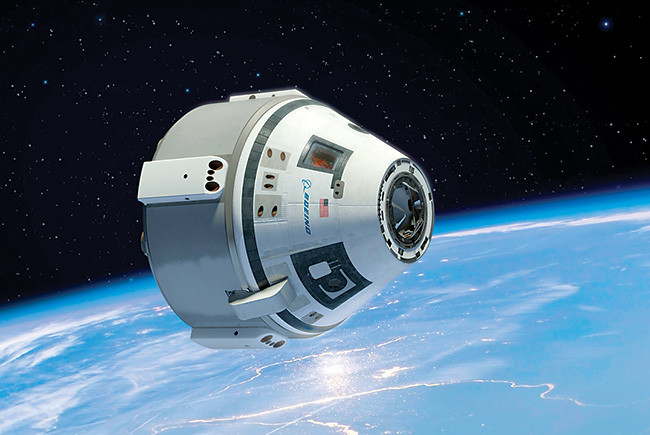 Boeing’s Starliner project is the company’s venture for launching humans into low-earth orbit destinations such as the International Space Station. 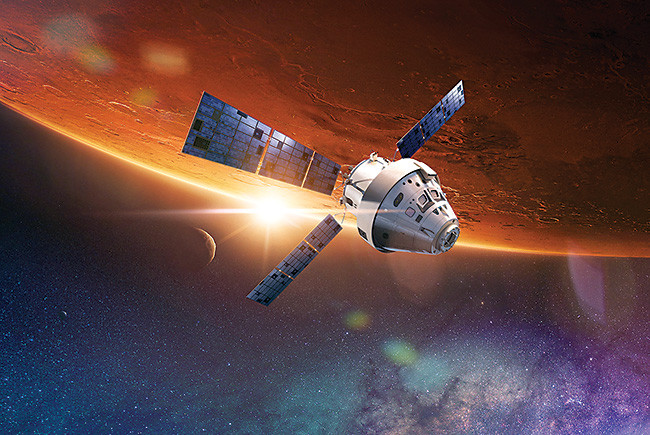 Lockheed Martin’s Orion project is a milestone for Florida. 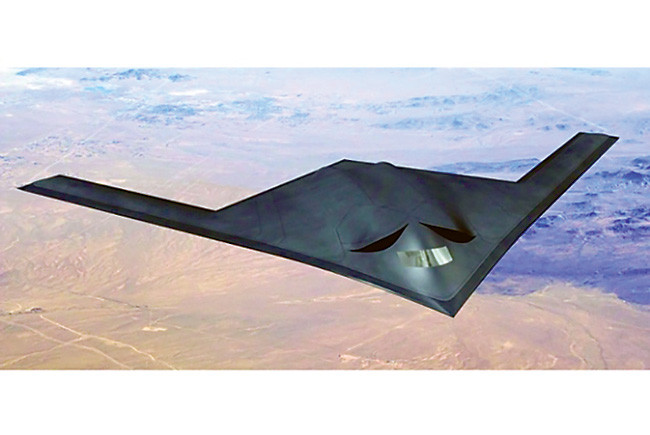 Northrop Grumman in 2015 was selected to build the nation’s next long-range strike bomber, the B-21. It’s basing the project at Melbourne International Airport in a building Space Florida financed. 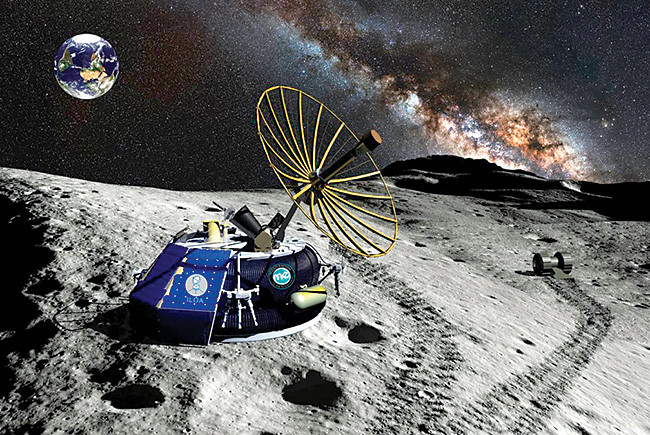 Moon Express is the first private enterprise granted federal approval to travel beyond Earth’s orbit. It plans to launch from the Cape and land a robotic spacecraft on the moon. 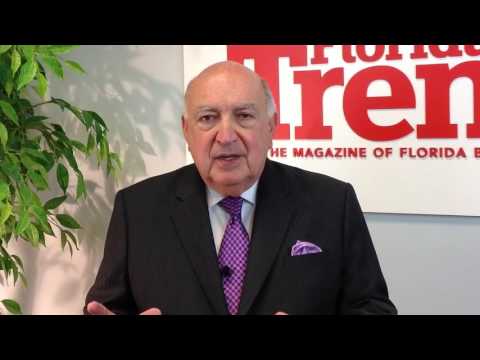 Frank DiBello on Florida's role in the space industry 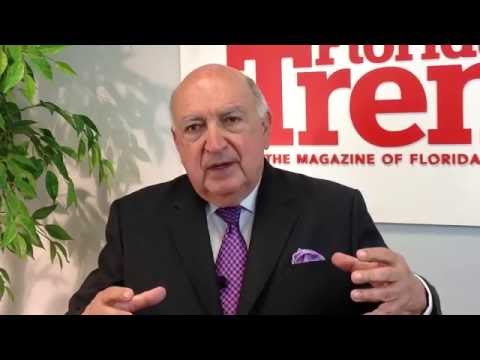 Space exploration has lent itself to outsized figures: Alan Shepard, John Glenn and the rest of the Mercury Seven. Neil Armstrong and the New Nine. So too with the 21st-century private space industry: Elon Musk and SpaceX, Jeff Bezos and Blue Origin, Richard Branson and Virgin Galactic, Greg Wyler and OneWeb.

Then there’s Frank DiBello, a mild-mannered consultant. He’s past 70. His “first” in space had nothing to with flight: He started the first space-devoted practice group at a major accounting firm. He’s measured, deliberate. The only thing that’s flashy about him is the bright pocket square in his very proper suit.

But DiBello and Space Florida, the economic development organization he leads, have exerted an outsized influence in building a new commercial future for Florida in space.

DiBello’s leadership bore notable fruit in 2016: OneWeb began site preparation work for its factory in Exploration Park, just beyond the Kennedy Space Center fence, that will crank out upward of 800 satellites. Across the road, a fleet of heavy Caterpillar equipment and rows of concrete culverts testify to Blue Origin’s progress on the factory it’s building. There, it will make rockets to fire from launch pad 36, which it’s redeveloping. Moon Express continues development on its lunar vehicle, which will be shot from launch pad 17.

All that came on the heels of Space Florida’s 2015 acquisition of the old shuttle runway from NASA — a key element in transforming the space center into a multi-user spaceport used by government and private aircraft and spacecraft alike. Space Florida upgraded the runway in 2016.

To appreciate the shift that’s occurred and how Space Florida is transforming the state’s space industry, one needs to understand Florida’s historical role in space. From the Mercury program through Apollo and on to the shuttles and International Space Station program, rockets took off from Florida — but the launches were pretty much all the state did. Mission control was in Houston. Research, engineering and construction took place there and in California, Alabama and at a slew of other sites to which contractors, presidents and Congress spread taxpayer dollars. The astronauts didn’t even live here.

The region was grateful for NASA, its contractors and the thousands of well-paying jobs the launches brought here. But those jobs depended on the vagaries of government funding, a fact brought brutally home first when NASA canceled the Apollo program and then, most recently, in 2004 when the federal government announced the end of the shuttle program, which would take 9,135 jobs at Florida contractors with it.

A few years later, in 2009, Space Florida spiraled into crisis. With the final shuttle flights looming for 2011, its executive director resigned amid media scrutiny and complaints from private sector executives about Space Florida’s performance. DiBello, then working with the Economic Development Commission of the Space Coast, was hired to take over Space Florida.

He came prepared. After studying mathematics and engineering at Villanova, he’d made a career in consulting, mostly in Washington, on defense, aviation and space. At KPMG, his space group’s client roster included nearly every major industry player.

While Musk was still a college student and Bezos was still four years from founding Amazon, Di- Bello already was serving and advocating for a private space industry. The late astronaut Deke Slayton, who called on DiBello for help in refinancing a private space company, called DiBello “a corporate head shrinker” who gets people to work out their problems by asking the right questions.

DiBello started a venture capital fund focused on private space companies. He also was a volunteer executive, focusing on military branches, NASA and the Defense Department, for the Reagan-era Grace Commission that rooted out government inefficiencies. He served as volunteer president of the USO for a decade. His Space Florida office, in a state building just outside the Kennedy Center fence, is replete with honors from his career, as well as models of aircraft and spacecraft.

At Space Florida, DiBello sought to lessen Florida’s dependence on big federal programs, bring spacerelated supply chain companies here — the likes of battery or solar panel makers — and position Florida for the private space age, an age in which NASA and the Air Force still do The Next Big Thing but the preponderance of launches are commercial.

Space Florida and DiBello aren’t the only boosters on the pad. Florida’s space industry has gotten strong backing from Gov. Rick Scott, various state agencies, county and city governments, the North Brevard Economic Development Zone, and state and congressional legislators, including U.S. Rep. Bill Posey, who in 2015 played a key role in legislation to streamline regulations and foster commercial space sector activity. The 8,300-employee Kennedy Space Center — one of the largest employers in the area — also isn’t shy about seeking business. To make Blue Origin happen, the state transportation department is spending $26.4 million on infrastructure. The department and Enterprise Florida are spending $2.7 million more on roads, and the North Brevard zone is putting up $8 million for site work.

Other examples: Space Florida leased from NASA, gutted, renovated and subleases a shuttle building where Boeing is building its Starliner crew vehicle. Space Florida also financed a new building where Northrop Grumman is working on the nation’s next long-range bomber. Through Space Florida, the state put $35 million into retrofitting an old Apollo building where Lockheed Martin is building the Orion manned-space vehicle, the first spacecraft manufactured in Florida. “That was a big step for Florida,” says Space Florida Chief of Strategic Alliances Dale Ketcham.

“They are outstanding,” says Jules Schneider, Lockheed Martin’s Orion assembly integration and production manager in Florida. “It was a real good partnership.”

Similarly, Space Florida will finance, own and lease the factory where OneWeb will manufacture satellites. OneWeb’s move to Florida started after a call from DiBello, through his thick web of contacts, to Wyler.

Tags: Floridian of the Year