Sea-level rise is evident on all of Florida's coasts. 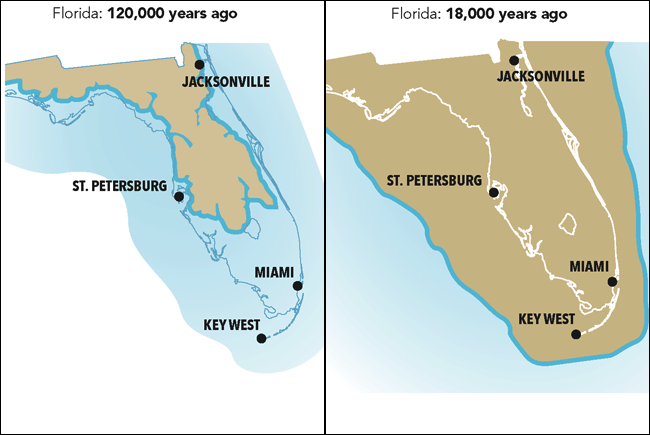 Florida In Time: More than 120,000 years ago, most of what is now Florida was underwater. At the peak of the Ice Age — some 18,000 years ago — Florida’s land mass was much larger. The seas have been rising, gradually, ever since. 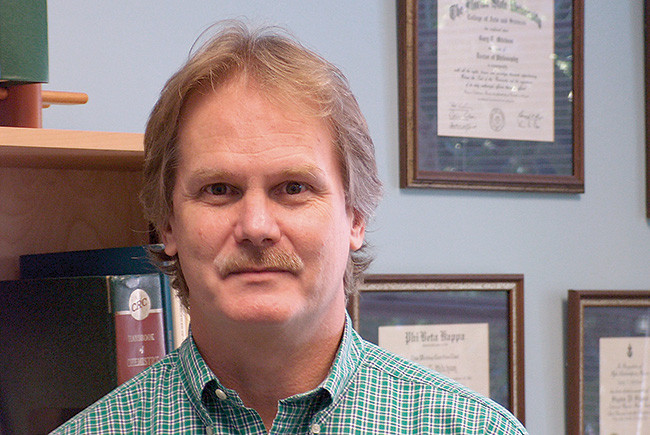 "The actual projections we're making are probably on the conservative side," says professor Gary Mitchum at USF's College of Marine Science. 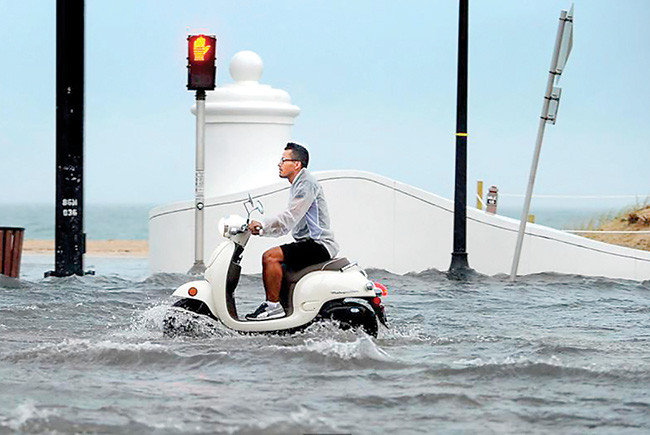 32% -- Percentage of Floridians in March 2017 who said they saw indications of sea-level rise or coastal flooding in their state or region. (Source: St. Leo Univ. Polling Institute) 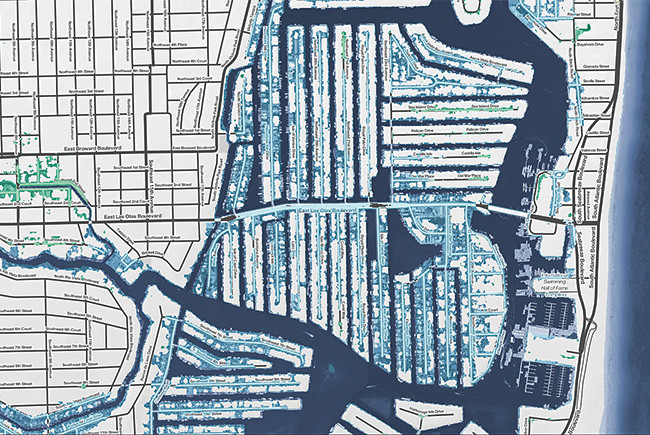 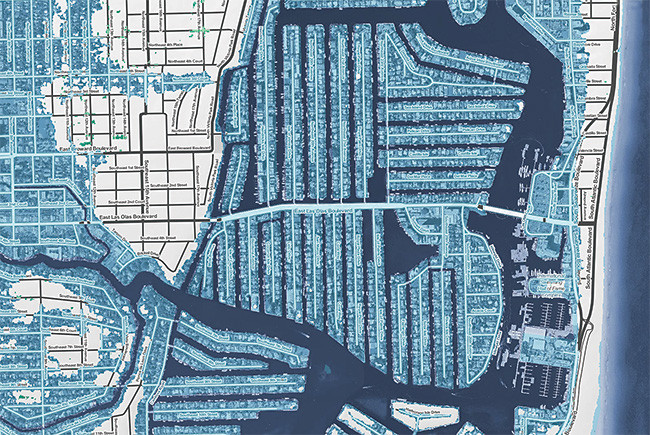 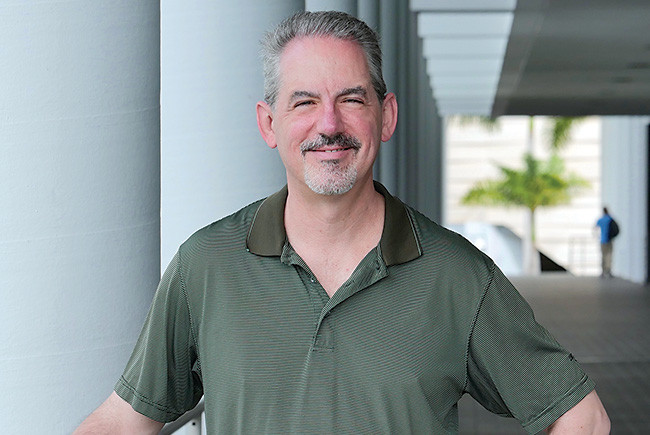 As seas rise, no everything can be saved. "Some hard decisions are going to have to be made," says David Letson of the University of Miami's Rosenstiel School of Marine & Atmospheric Science.
< >

Forget climate change histrionics; the seas around Florida have been rising for eons. How quickly they rise over the next 100 years, however, will pose a host of challenges for the state — and reshape Florida in the years to come. Timing is everything.

Florida has 18,000 years of experience with sea-level rise. At the peak of the last glacier cycle, when seas were far lower, you could hike south from the site of presentday Tampa to Key West. The beach sat 100 miles to the west of present-day Fort Myers.

Regardless of how you feel about climate change, Florida’s experience since the peak of the Ice Age shows unequivocally that the sea has been rising ever since that Tampa-Key West hike was possible. The bulk of the rise occurred in the first thousand years after the Ice Age peak. In the past 100 years, the National Oceanic and Atmospheric Administration reports, the sea level rose 9.5 inches at a reliable Key West gauge.

Sea-level rise overeons is a yawn. It becomes a problem — particularly for a peninsular state with 20.5 million people — when it occurs rapidly. And later this century, a host of governmental and academic researchers project it will pulse dramatically higher and faster because of a combination of Mother Nature’s workings and, mostly, man-made causes.

Initially, the dramatic pulse will have little to do with melting glaciers. Water expands as it warms, and the seas are warming. Later, in the last half of the century, as ice-melt accelerates in Greenland and Antarctica, sea-level rise will intensify.

Nothing will prevent it.

The uncertainty is exactly how much and when the sea will rise. Different projections by three respected organizations show a nearly 50-inch spread by 2100. The projections, if anything, err on the low side, scientists say. “I think a lot of the public doesn’t understand that scientists by nature are conservative,” says oceanography professor Gary Mitchum, of the University of South Florida’s College of Marine Science. “The actual projections we’re making are probably on the conservative side.”

Natural changes come into play. Arnoldo Valle-Levinson, an oceanographer in the civil and coastal engineering department at the University of Florida, is a true believer in human-caused climate change and its effects, but in research published in Geophysical Research Letters this summer he and other UF researchers found that a rise of four to six inches in sea level along the U.S. southeastern seaboard since 2011 involved natural atmospheric pressure variations superimposed on those related to global warming. The sea-level rising “hotspot" might relate to some of the Indian River Lagoon’s pollution troubles and explain the spate of “sunny day” flooding on Miami Beach.

For three years, the St. Leo University Polling Institute has been conducting non-partisan statewide and national polling on attitudes toward climate change. In each year, the poll was conducted in March. In the 2015-17 period, the percentage of Floridians who said they were “very concerned” or “somewhat concerned” rose from 67.0% in 2015 to 81.3% in 2016 before falling back to 75.5% — matching the national average — in 2017.

Government, in responding to the projections, is already changing how it operates, and the private sector will have to follow government mandates. In 2012, the state began including sea-level rise in community planning and began guiding localities in creating “adaption action areas” to focus on infrastructure — tidal valves, roads, bridges, seawalls, drainage systems, for example — that’s susceptible to surges, high tides and sea-level rise. Fort Lauderdale, in its last report, listed 42 projects in 17 city areas for improvements. To withstand sea-level rise and storm surges, Miami-Dade is spending $50 million as part of a $600-million upgrade of a wastewater plant on Virginia Key in Biscayne Bay to elevate electrical and control components some 20 feet above sea level. (The existing facility is already 10 to 14 feet above sea level.) The county expects the plant to be usable for another 50 years, by which time a new plant inland will add resilience to its system.

In this series, Florida Trend attempts to present what’s likely to happen over 25-year chunks of time, and the issues that rising sea level will present for the state during those periods.