At three feet of sea-level rise, Miami Beach looks like this....  (Click for an animation of the rise) 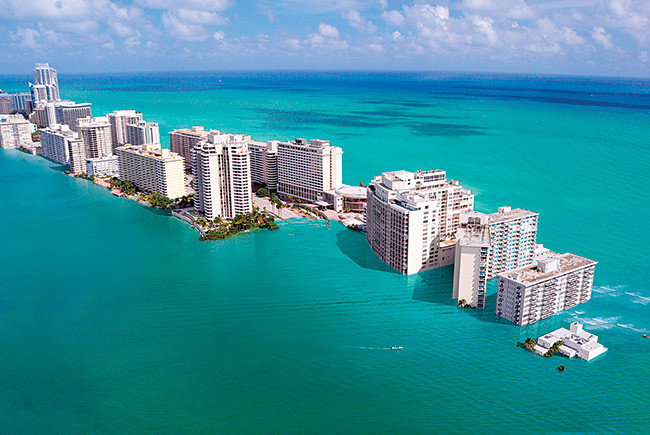 ... At six feet, Miami Beach is swimming.   (Click for an animation of the rise) 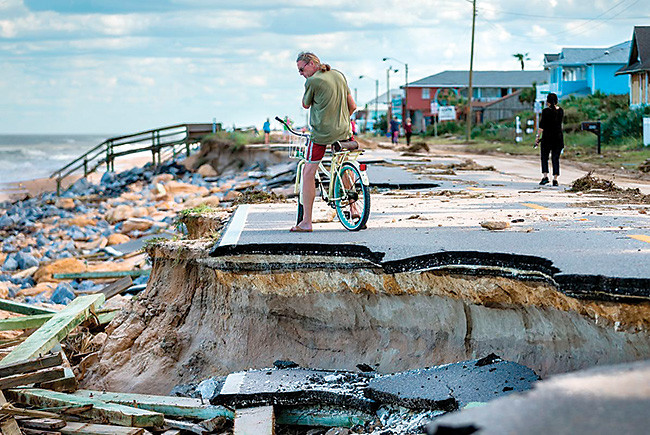 The government could adopt a policy of abandoning vulnerable areas if they're devastated by a storm rather than facilitating recovery. 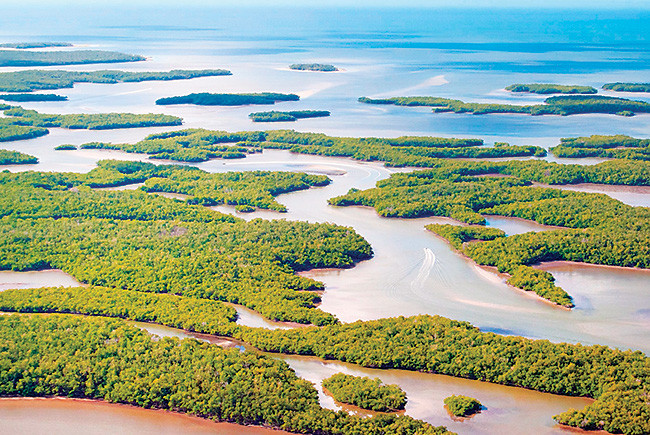 Save the Glades? At two feet of sea-level rise, a lot of Everglades National Park goes underwater. 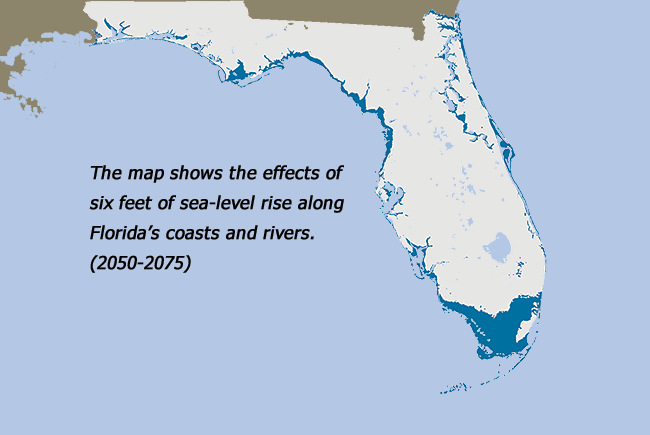 At two feet of sea-level rise, a vast section of the southern part of the Everglades, including a lot of Everglades National Park, goes underwater. That eventuality carries the clear implication that the current project to restore the Everglades needs to be rethought with the focus on safeguarding urban south Florida and its water supply while preserving a sliver of the southernmost River of Grass. That holds even more so if the sea rises three feet by 2060, when the project is supposed to be finished.

In this period, sealevel rise will likely force substantial migration within the state — and out of it. Planners envision differing scenarios: A collective, thought-out retreat with government direction and financial assistance. Or piecemeal decisions driven by economics and repeated flood hits. Some foresee “storms of opportunity” in which a hurricane devastates a vulnerable area, prompting residents and investors to leave and government to withdraw infrastructure support.

The map shows the effects of six feet of sea-level rise along Florida’s coasts and rivers. Absent successful accommodation, rising seas will pressure coastal Florida and even sites well inland. Barrier-island and low-lying communities face a spiral of shrinking property values and increasing costs. A century after the great migration to Florida was set in motion by the availability of air conditioning and other societal forces, a migration away from the sea will occur. Central Florida, its heartland interior and the state’s lightly populated northern counties will see increasing economic opportunity. Union, Bradford, Columbia, Lafayette, Hamilton, Gadsden — your time is coming.