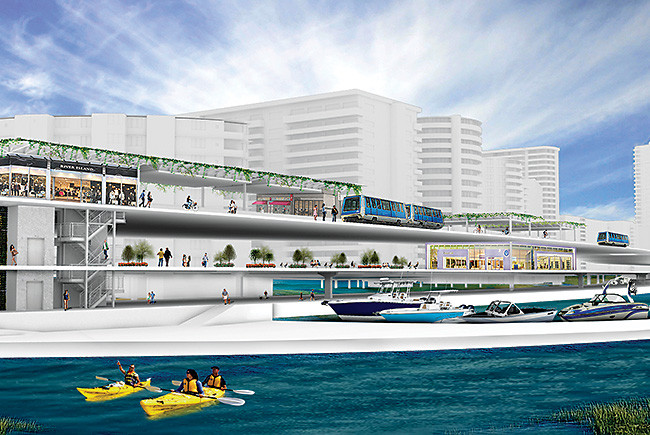 Clark and Kohen estimate 90% of living spaces could be preserved by letting water flow freely through sea-level floors and devoting floors near the water, once roads have been eliminated, to water-based transportation, mass transit, pedestrian and public space. 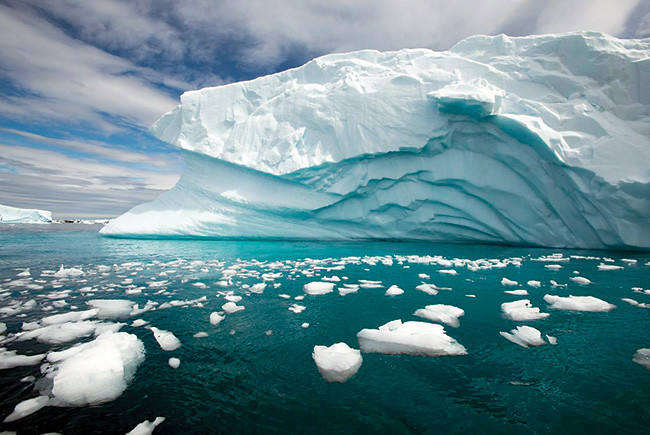 There s little we can do to stop the polar ice melt, says University of Miami professor Harold Wanless.
< >

As Florida’s Millennial generation dies out, their children will see …

If sea-level rise comes in on the low side of projections — say 27.5 inches by 2100 — measures now being taken to require elevated buildings and infrastructure will come close to preserving Florida more or less as we know it late into the century. Generally, the areas that were first developed in Florida — coastal ridges — will hold out longer than newer areas that are farther inland but on lower ground. However, the other effects of climate change — warmer weather, the movement of tropical species and diseases up the peninsula — play out regardless of elevation. At 75 inches of rise, lots of south and coastal Florida will be unrecognizable to today’s Floridians.

What happens a century from now depends on how emissions continue for the rest of this century and what that does to the ice sheets. University of Miami professor Harold Wanless says that since 93% of the extra heat in the atmosphere (from the buildup of greenhouse gases) has transferred to the oceans, there is little we can do to stop the polar ice melt that has started off Greenland and Antarctica. “We’re going to have to do a most aggressive effort to keep (sea-level rise) from going beyond 20 feet,” he says. Some 120,000 years ago, the present site of every major Florida metro was underwater.

University of Florida architecture faculty Martha Kohen and Nancy Clark, of the College of Design, Construction and Planning, are working on bold solutions for an era when seas have risen by up to six feet in Florida.

Kohen says she finds the private sector interested. “Developers are ahead of the curve as compared to the legislation or the bylaws,” she says. While the two acknowledge the state can’t save everything, they note some places around the world live with the water and others are working on it. After Sandy battered the northeast, the federal government and the Rockefeller Foundation held a competition to get proposals on flooding solutions. In 2014, the federal government announced $920 million in grants for winning designs including Dry Line, a water barrier around lower Manhattan that doubles as parks, bike path and outdoor seating and recreation.

Clark and Kohen look for ways to lessen a wholesale retreat. “We think it’s important to adapt in place,” Clark says. “We try and relocate locally.” They have a plan for keeping south Florida condo towers viable even when surrounded by sea.

Meanwhile, some inland areas of Miami-Dade, more vulnerable to rising water than areas near the sea, could dredge streets and use the fill to elevate sites for higher-density, multi-story dwellings. “It’s using what we know -— dredge and fill,” Clark says. “It’s a way to allow the water to come in and to work with the water. It becomes an economic resource as well.” Managed water infiltration fields, floodable landscapes and other ways to collect, keep and clean water will play a role. They also see new urban cores forming in central Florida and in heartland counties.

St. Petersburg Mayor Ken Welch announced his pick for the redevelopment plan for the Tropicana Field site. He selected the team led by the Tampa Bay Rays, along with international real estate investment and development group Hines. Their plan was one of four proposals to develop the Historic Gas Plant District. But despite the selection, the Rays aren't yet ruling out a potential move to Tampa.