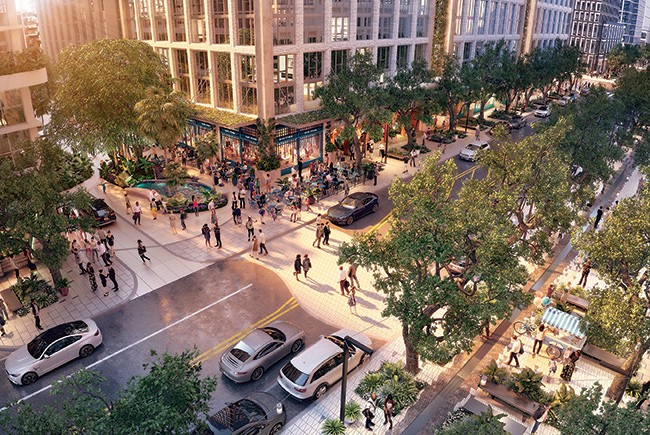 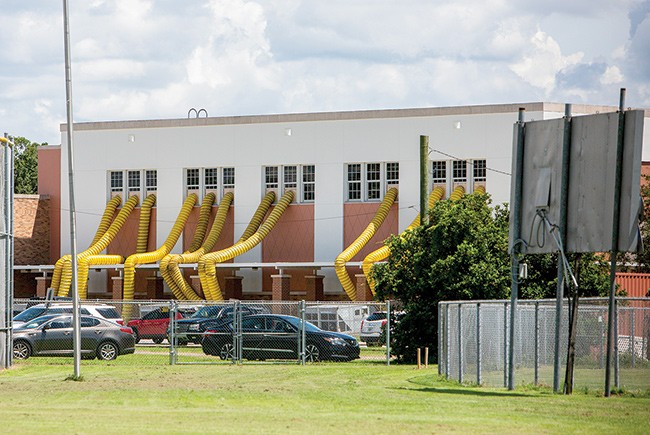 Voters signed off on a 10-year sales tax increase that is expected to raise more than $1 billion for school improvements. 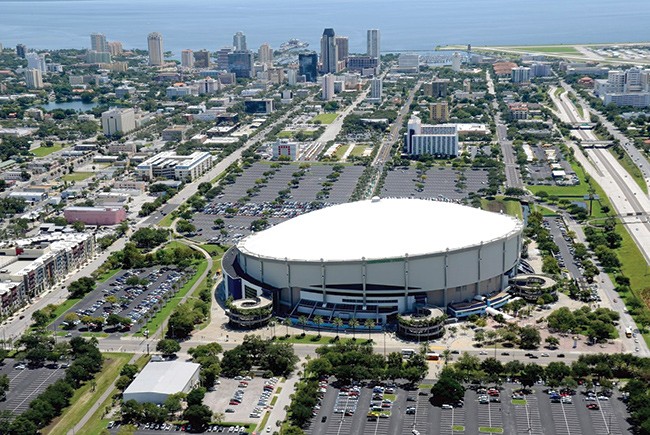 Tropicana Field was built in 1990. 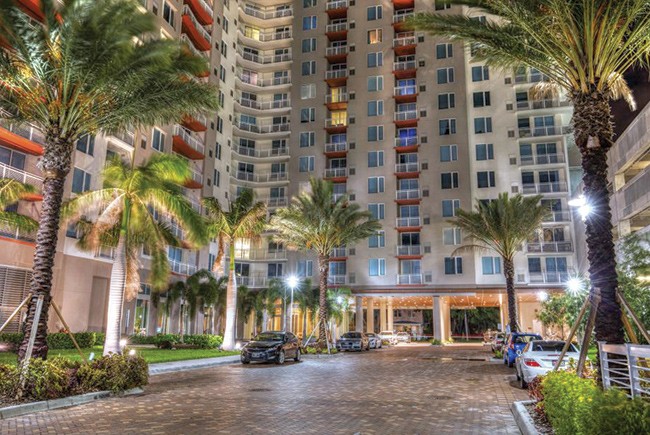 The $126.3 million purchase of the 358-unit Camden Pier District high-rise apartment complex was downtown St. Petersburg's priciest multi-family transaction in the first half of 2018. The price amounts to $352,793 per unit. 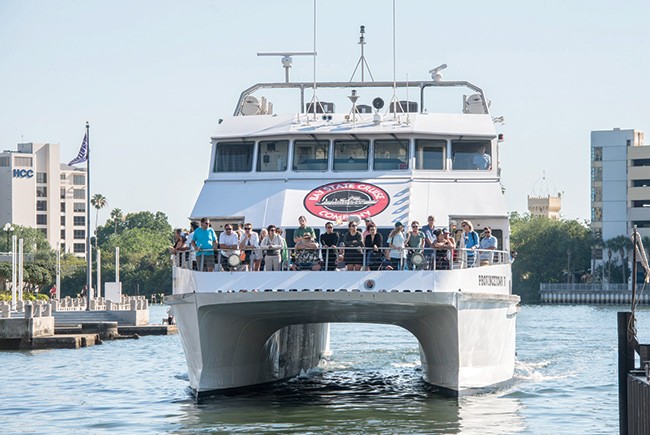 St. Petersburg, Tampa, their respective counties and the Florida Department of Transportation are again funding the Cross-Bay Ferry for six months extending through April. During its initial year in 2017-18, the ferry shuttled more than 37,000 passengers between St. Petersburg’s waterfront and docks near Tampa’s Florida Aquarium. 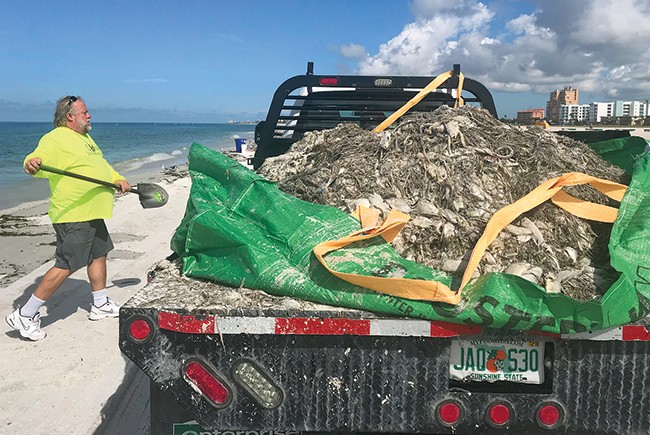 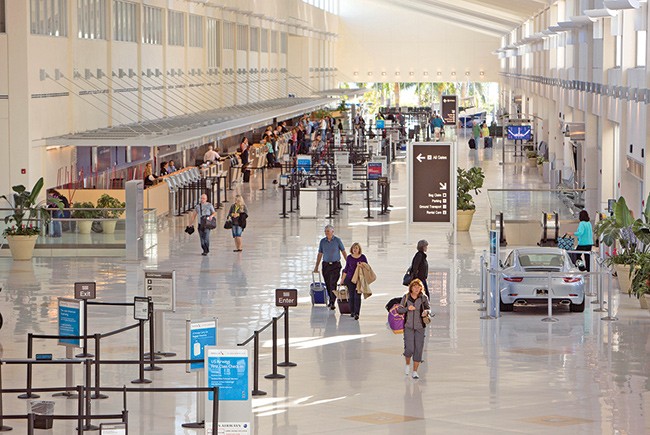 More than 9.2 million passengers traveled through Southwest Florida International Airport in Fort Myers in the fiscal year ended Sept. 30, 2018, a record for the 35-year-old airport. About 8.8 million passengers arrived at or departed from the airport in 2017. 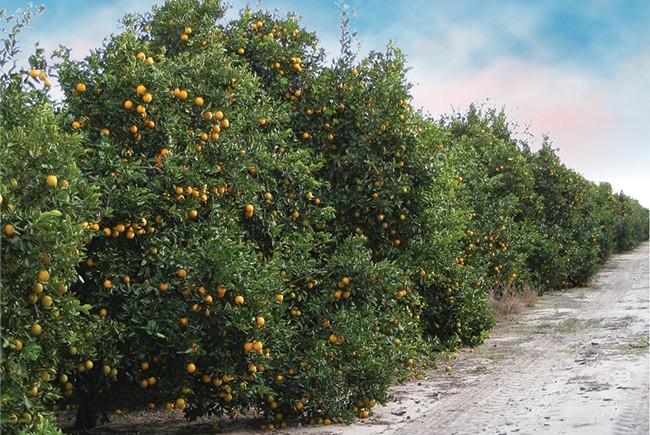 Twelve citrus groves, totaling 231 acres, in the Polk County community of Frostproof were sold last year for a combined $1.4 million. 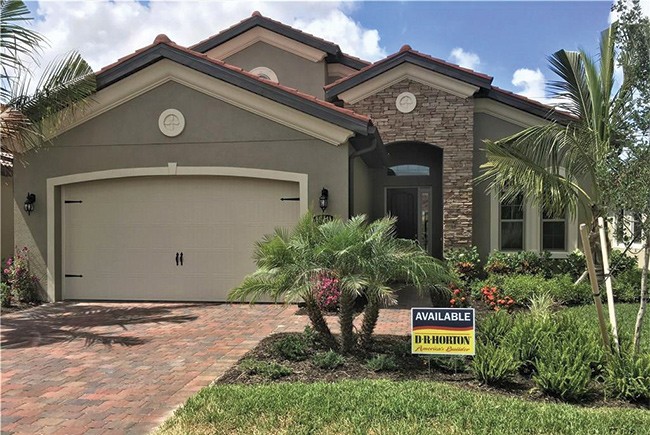 A year after Hurricane Irma damaged $320 million worth of property in Collier County, Naples area home sales increased 62% in September 2018 compared to September 2017. 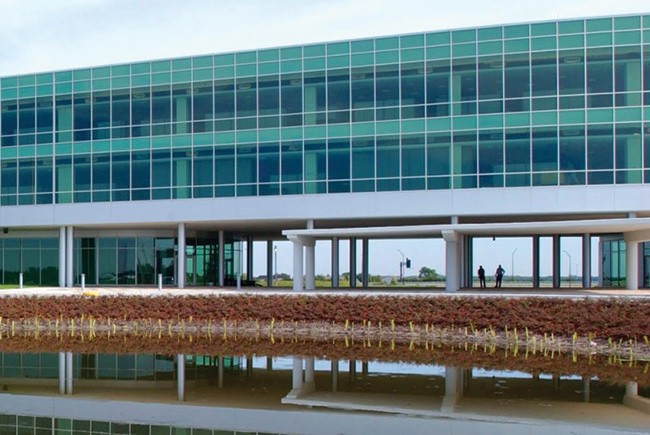 Publix is based in Lakeland, Florida.
< >

A look back - and ahead - at the economy in Southwest Florida

“The residential land market continues to heat up and is dependent upon proximity to the major employment centers of Tampa and Orlando. However, the close-in properties have been sold, and land buyers are looking at the B areas in Polk, Lake, Pasco and Osceola counties. The U.S. 27 corridor south of Interstate 4 at exit 55 is seeing tremendous growth. A recent development map for the city of Haines City showed approvals for 5,520 single-family and 2,246 multi-family residential units. This is enough housing for over 18,000 people. The agricultural market in Central Florida is heavily influenced by the citrus industry that is enduring the effects of citrus greening. Currently, there is no cure, but growers are learning how to cope with its effects. This year’s crop estimate is 79 million boxes for 2018-19, up from 44.95 million boxes the year before. If the fruit production continues to increase, it will help stabilize grove prices in Central Florida.”

“Following seven years of record-breaking tourism, the Bradenton area, along with other beach destinations along Florida’s west coast, faced some adversity in fall 2018 due to red tide. Our researchers do not forecast a lasting impact on tourism in 2019, and I expect to see tourism statistics rebound, with economic impact climbing back up to the billiondollar mark. We will get there through continued marketing efforts that combat misperceptions about our world-class beaches, ongoing diversification of and growth in accommodation product, with more than 800 additional hotel rooms to be added by 2020, as well as a continued focus on sports and the arts, which are proven economic impact generators.”

“Production demands are up, and many companies are hiring at a fast pace. There are even out-of-state companies looking to relocate to this area. We are fortunate to have many organizations that are helping with many manufacturing and business issues such as staffing, tax help, skills training and grants. Organizations such as CareerSource, FGCU, Horizon Counsel and others are a big help. Specifically for the manufacturers is the Southwest Florida Manufacturers Association, whose goal is to link manufacturers with valuable resources that can help to educate, train and legislate.”

Education: On the first day of school in August in Hillsborough County, 159 of the county’s 250 public schools reported malfunctioning air-conditioning systems. The school district’s managers said the district hadn’t accounted for fixing or replacing the A/C systems or a host of other infrastructure needs, saying they needed $3 billion more from the taxpayers. In November, voters obliged, approving a 10-year, half-cent sales tax that’s expected to raise $1.3 billion over the next decade. An estimated $637 million will go for air conditioning.

Traffic: With an average commute in the Tampa area nearing 29 minutes, up 2.4 minutes from 2013, Hillsborough County residents approved a 1-cent sales tax for next 30 years with the proceeds — an estimated $276 million per year — to go for transportation improvements. Among the tax’s biggest boosters: Jeff Vinik, whose Strategic Property Partners group is developing the mixed-use Water Street Tampa project downtown. Water Street is projected to build 3,500 residences, nearly doubling the number of housing units downtown.

Tropicana Field: The Tampa Bay Rays are investigating a move to an as yet unfunded stadium in Tampa’s Ybor City, and St. Petersburg is talking about how to develop the 86-acre Tropicana Field site if the Rays leave. Among the ideas: Affordable housing; a research and high-tech hub, a riverwalk-like attraction along a widened Booker Creek, a convention center; and a mixed-use development featuring retail, residential and office space.

Leadership: Clearwater’s downtown — where Scientology has its headquarters and owns large portions of the area remains moribund. This fall, voters rejected an effort to change the city’s form of government from the current city manager structure to a strong mayor form. Meanwhile, Bill Horne, Clearwater’s city manager since 2000, plans to retire next year.

HSN: Last year’s $2.6-billion purchase of HSN by rival shopping network QVC continues to have repercussions. HSN cut 350 employees in October as both HSN and QVC, operating under parent company QHX, move away from television and toward podcasts and online videos.