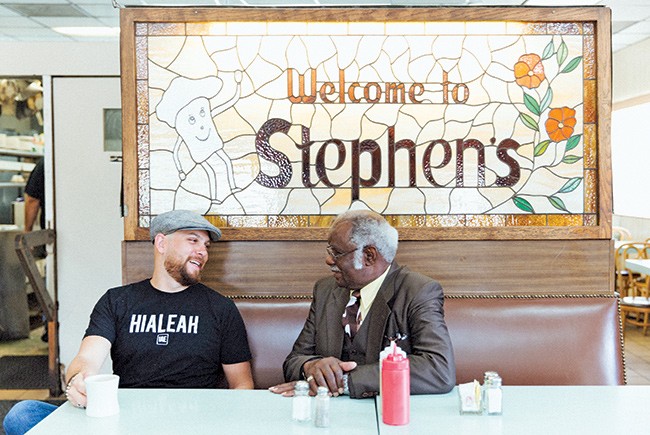 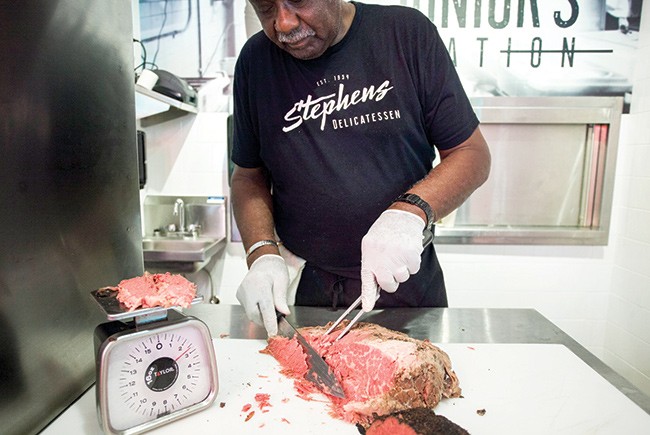 At 60, the Hialeah establishment is the area's oldest deli. 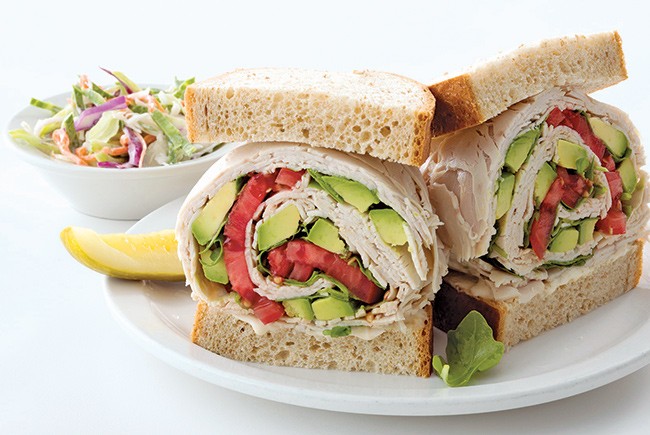 TooJay's is revamping its restaurants, touting many menu items with fewer than 600 calories.
< >

A new generation of delis is in full swing in Florida

A new generation of delis is in full swing in Florida.

I still hear laments around the state: “I miss Ronnie’s” in Orlando, or “I wish Wolfie’s were still open” in Miami and a half-dozen other cities where Wolfie Cohen opened delis in midcentury Florida.

Yet for all the complaints about the death of old-school New York-style delis in the state, there is a revival in monster $13 sandwiches of pastrami and corned beef (with a schmear of chopped liver), bowtie pasta and kasha across Florida.

Behind the trend is a group of young chefs like Matthew Kuscher. “Kush,” who has a passel of hipster restaurants in Miami, has taken over Stephen’s delicatessen in Hialeah, which at 60 is the area’s oldest deli and was struggling.

Kush is bringing it back alive. He tore out the insides and rebuilt it “just like it was,” with the same counters and display cases. There’s just one big difference: He built a place of honor to showcase longtime chef Henderson Biggers, who hand slices every bit of corned beef and pastrami, a point of pride for any true deli. Kuscher also found one of the last contraptions to make a Brooklyn egg cream of chocolate and soda — and the last mechanic who could install it.

The deli revival is driven by more than nostalgia for hearty comfort foods. Young chefs and restaurateurs from gastro pubs are turning to the old-world tradition of salting, brining, curing and smoking beef. They love making pickles and sauerkraut.

Another push comes not from Eastern Europe, but from the Eastern Mediterranean, where chefs cook lighter meals with falafel, couscous, kebabs and salads, plus Middle Eastern shakshuka breakfasts of eggs in peppery tomato sauce.

These flavors come together in new and old delis with mash-ups like rugalach beignets (TooJay’s) or an Irish whiskey egg cream (Stephen’s).

Here are some other choices:

After the Wolfie’s in St. Petersburg closed decades ago, residents would make trips to Miami to load up station wagons full of coolers. Joel Goetz and his wife, Ellen, converted a garage and then an out-of-the-way warehouse into Jo-El’s, with a full butcher shop, deli and grocery full of Israeli and kosher goods. It’s still busy 35 years later.

Tables at Lenny’s in Clearwater, now 61 years old, are still loaded with relish trays and baskets of danishes. The servers have more wisecracks than the six-page smart-aleck menu. Dan Farrell concedes that the deli foods he and his parents lived on don’t fly with his kids’ generation, but he’s still serving matzo balls 30 years after his father, the original Lenny, died.

Up the road in Palm Harbor, the Mitow family started the Lucky Dill deli 25 years ago, packing in snowbirds starved for brisket, Cel-Ray soda and sky-high sandwiches. It now has a two-story restaurant by the Tampa airport with NYKL (New York Kitchen Lounge) attached, serving a wild range from meatloaf cupcakes and pretzel chicken to cosmos and Champagne.

Add to those a brave little venture started by a foodie hungry for the taste of his Yankee youth. Sean O’Brien started with pop-ups and just opened his Cass Street Deli in a forgotten corner of Tampa’s North Hyde Park with his own pastrami, corned beef knishes, beet salad and a dozen or so seats.

Jacksonville gets a taste of “modern kosher,” from minted pea soup to Asian and barbecue, at Gili’s Kitchen Catering and Bakery. Ricki Ben Simon and her husband’s cousin, chef Gili Ben Simon from Israel, opened the business two years ago. Along with banh mi sandwiches and baba ghanoush, there’s corned beef and gravlax.

While deli-style food in South Florida is not new, some ideas are. In Fort Lauderdale, Elliot Wolf of Foxy Brown, the Lunchroom and other hot names opened Top Hat four years ago to revive his family’s deli tradition with new style. All the Reubens, Rachels and whitefish salads are there; so are salmon crab rangoon and Aperol spritz.

In Surfside near the North Miami epicenter of deli dining, Josh Marcus created Josh’s Deli four years ago with all the usuals and then some. Have latkes with apples or spicy tuna and sriracha; an irreverent, decidedly non-kosher “Jewban’’ of pastrami and pork; or a tongue sandwich topped with Miami “fritas.”

Since 1981, Palm Beach’s TooJay’s has built 30 delis across Florida. It still has Benedict breakfasts, turkey dinners, corned beef (250,000 pounds per year) and Nova latkes; new are a turkey pastrami Reuben and a pastrami burger.

TooJay’s is also revamping all stores, offering a number of items under 600 calories and nudging diners that they can take half of those big meals home. TooJay’s says Florida can support 15 more of its delis and the U.S. maybe 150.