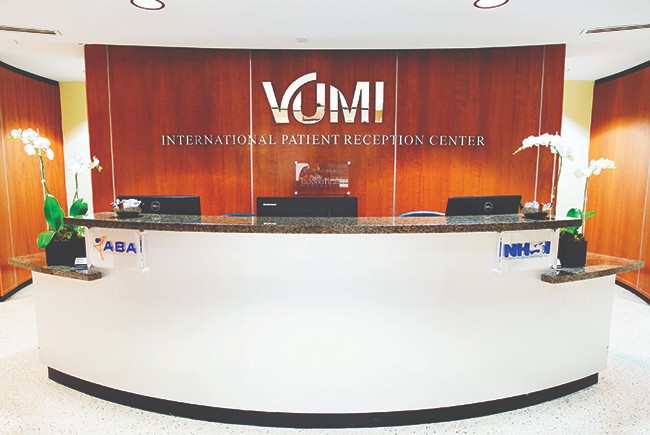 Part of the Jackson Health System, Jackson International is an operating partner for VUMI, an international health insurance company. 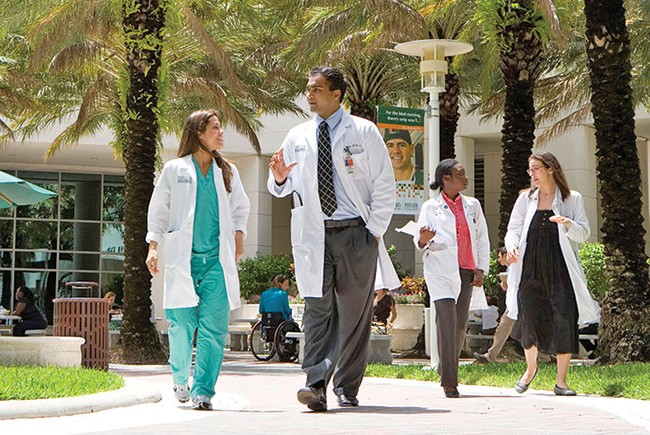 Medical tourism brings some $6 billion to Florida and is a destination feature listed by the Greater Miami Convention & Visitors Bureau.
< >

South Florida: A Center for Hemispheric and Global Health Care

By the time a foreign cardiac surgeon is standing side by side in the operating suite with Joseph Lamelas, M.D., to learn how to perform the minimally invasive cardiac surgery Lamelas perfected, that physician would have spent six months on a waiting list to do so.

That’s the allure and importance of training with University of Miami Health System’s chief of cardiac surgery.

Whether to train the next generation of world physicians, or receive premier care, health care that reaches the hemisphere and beyond is a significant driver to the South Florida economy.

So much so that 2016 figures from Florida Tax Watch and the Agency for Health Care Administration found that medical tourism brings some $6 billion to Florida and “medical tourism” is a destination feature listed by the Greater Miami Convention & Visitors Bureau.

More than cosmetic procedures, however, patients seeking treatment and medical students hoping to advance their training are finding care and training that can be scarce in the region. UHealth delivers such care from locations in Miami-Dade, Broward, and Palm Beach counties, as well as elsewhere around the state, says Chad Ritch, M.D., associate co-director of UHealth International at the University of Miami Health System.

Miami-Dade county-run Jackson Health System sees about 3,000 international patients annually, says Diamela Corrales, director of the international programs and guest services division at Jackson Health System. By treating major medical specialties such as trauma, neonatology, rehabilitation, transplant and neurosurgery, care is provided to patients hailing from locales where “this type of medical technology and advances are not readily available,” she says.

Not included in this activity are advancements in health care technology, like those from Sensus Healthcare, Inc., the maker of non- and minimally-invasive treatments. Health tech, medical device and life science startups drive a third of all venture deals in South Florida in 2019, up from less than a quarter in 2018, according to the biannual “eMerge Insights” report.