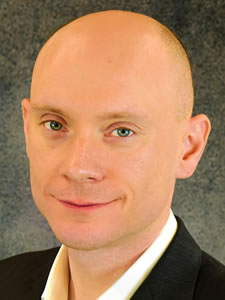 Eustis city officials have proposed a $16.4-million sailing and conference center (rendering above) to replace the city’s community center downtown. The three-story, 56,000-sq.-ft. facility is expected to attract regattas and other sailing events. The city is seeking to fund the project through a combination of local, state and private funds. Voters will decide in March whether to approve an $11-million bond issue that equates to 75 cents for every $1,000 of their home’s value on their annual property tax bill. The city expects to break ground on the project next year.

DEFENSE
Lockheed Martin landed two contracts for work in Orlando, including $23.9 million from the Navy to produce five infrared receivers and eight control processers and a $13.5-million modification to an existing contract to provide cyber-security architecture for the U.S. Army. The Naval Expeditions (NavalX) Agility Office, which aims to foster collaboration between the Navy and the private sector, is adding five regional hubs around the nation, including one in Orlando. Diana Teel, who previously served as outreach director for Naval Air Systems Command (NAVAIR), is heading up the Orlando hub, known as the Central Florida Tech Bridge.

EDUCATION
The University of Central Florida is hoping to choose a new president by the summer. Interim President Thad Seymour, who took over after Dale Whittaker stepped down last February following a construction funding scandal, is not seeking the position. Lake County is building the state’s first E-STEM school, which will focus on the traditional STEM subjects (science, technology, engineering and math) along with environmental education. The $33-million school will feature a tree-lined walking trail, STEM labs and an environmental courtyard where students can conduct hands-on experiments. The K-8 school is expected to open in fall 2021.

HEALTH CARE
HCA Healthcare opened a free-standing emergency department near the Mall at Millenia in Orlando. The company will break ground this fall on another ER in Davenport at the corner of ChampionsGate Boulevard and Ronald Reagan Boulevard.

AdventHealth will build a $17-million ER in Port Orange that will be affiliated with AdventHealth Daytona Beach. With the addition of an office in St. Cloud, Nemours Children’s Primary Care Network now operates 18 offices in Central Florida. The practice is headed by Dr. Tara Williams, who moved from Cleveland Clinic Children’s Hospital, where she was medical director for pediatrics.

NON-PROFIT
The onePULSE Foundation purchased a 1.75-acre lot a few blocks from the former Pulse nightclub, where it plans to build a museum to memorialize victims of the 2016 mass shooting. The non-profit paid $3.5 million for the parcel and plans to open the National Pulse Memorial & Museum in 2022. Florida Citrus Sports, which organizes the Citrus Bowl and Florida Classic games, is ending the Orlando Citrus Parade after nearly four decades because of a poor return on investment.

REAL ESTATE
The Clermont City Council imposed a six-month moratorium on building apartments as it reviews its development regulations and considers affordable housing issues. Sun Terra Communities is seeking approval for a mixed-used development with up to 2,135 residences and 976,000 square feet of commercial development in the Horizon West section of Winter Garden. The Lake Mary-based Flagship Companies Group is planning to build a mixed-use development and storage facility on six acres it purchased on SR 15A in DeLand for $762,500.

RETAIL
MedMen, a California-based cannabis company that sells medical marijuana, is opening two Orlando locations — one near the University of Central Florida and another on International Drive — by the end of the year. Texasbased gas station and convenience store Buc-ee’s will debut its first Florida store in Daytona Beach in early 2021. The 50,000-sq.-ft. store will employ about 200 at $14 to $15 an hour. Winter Park-based 4 Rivers Smokehouse is opening a restaurant at One Daytona across from the Daytona International speedway. This marks the 10-yearold restaurant chain’s 15th location.

TOURISM
Gus Antorcha, CEO of Sea- World Parks & Entertainment, resigned in September after seven months because of “disagreements over the board’s involvement in decision making at the company,” according to a Securities and Exchange Commission filing. Marc Swanson, the company’s CFO, is interim CEO, and Chief Accounting Officer Elizabeth Castro Gulacsy is interim CFO. The announcement came around the same time the company said it plans to close a call center and lay off 105 employees. It will now outsource those functions.

Josh D’Amaro, a 21-year Disney veteran who most recently was president of Disneyland Resort in California, is now president of Walt Disney World Resort. He replaces George Kalogridis, who was named president of Segment Development and Enrichment and will oversee the Disney Institute.

The Villas at Grand Cypress golf resort in Orlando is undergoing a two-year renovation. Wyndham Destinations is adding 140 jobs at its south Orlando call center and is doubling its office space.

TRANSPORTATION
Frontier Airlines has added non-stop routes between Orlando and Green Bay, Wisc., Kansas City, Mo., and Newark, N.J. Miamibased Ryder System has expanded its peer-to-peer truck sharing platform to Orlando. The 2-yearold COOP program allows fleet owners to rent their idle trucks, trailers and other commercial vehicles to other businesses through its digital platform. Thomas Cook, a U.K. tour operator and airline that shuttled 267,000 travelers to Orlando International Airport in 2018, ceased operations in September. The airline operated as many as 16 flights a week at times to and from Orlando from Manchester, London and Glasgow.