Tom Garfinkel estimates that the switch to recyclable aluminum alone will eliminate the need for more than 500,000 disposable plastic cups annually at Dophohins home games. 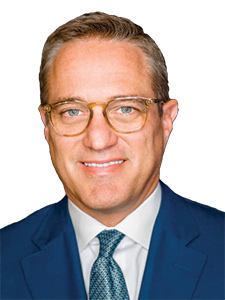 In addition to Kansas City’s comeback win over San Francisco and Jennifer Lopez’s halftime show with Shakira, Super Bowl 2020 was notable for its sustainability efforts.

Because of a decision by Hard Rock Stadium in Miami Gardens to replace nearly all single-use plastics in concessions with more eco-friendly alternatives, attendees at this year’s game could be seen sipping beer from aluminum cups and eating burgers (plant-based or beef) off plates made of bamboo and other compostable materials.

Stadium CEO Tom Garfinkel announced the change last September after watching a “60 Minutes” report on an 80,000-ton mass of trash floating in the Pacific Ocean. Garfinkel tweeted to his 21,200 followers that the stadium would phase out 99.4% of single-use plastics in time for the Super Bowl. Using the hashtag #100by2022, Garfinkel also pledged to eliminate single-use plastics at Miami Dolphins home games by 2022 and called on other stadiums to do the same.

The environmental impact of such a move could be significant: The typical Nflgame produces 80,000 pounds of trash, and the amount of landfill waste from a Super Bowl is potentially twice as large. Garfinkel estimates that the switch to recyclable aluminum alone will eliminate the need for more than 500,000 disposable plastic cups annually at Dolphins home games.