Kalera's HyCube "pick-to-plate" operation at the Orlando World Center Marriott was a hit with patrons. 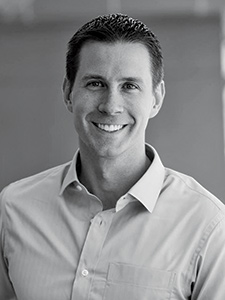 In 2018, the Eco Convergence Group opened a 2,000-sq.-ft. vertical, hydroponic lettuce operation inside an 18-foot tall glass cube called the HyCube at the Orlando World Center Marriott, the largest Marriott in the world.

The “pick-to-plate” produce dazzled Marriott’s patrons. It also caught the eye of venture capitalists, and following a $3.1-million round of funding, the company — renamed Kalera — opened a 35,000-sq.-ft. indoor farming facility near Orlando International Airport, where it will grow millions of heads of lettuce per year.

“We’re really proud of it. It’s the largest of its kind in this part of the world,” says Kalera CEO Daniel Malechuk.

The facility also uses fewer resources than traditional farming. Kalera’s closed-loop irrigation system uses 95% less water than field farming. The sterile environment eliminates the need for herbicides, pesticides or insecticides — with little to no risk of contaminating the crop with dangerous pathogens such as E. coli. Kalera’s carbon footprint is also smaller: While field-grown greens are typically shipped hundreds or even thousands of miles, most of Kalera’s customers are within 50 miles of its farm.

Because Kalera is able to control every factor affecting plant growth — and doesn’t have to deal with unexpected weather or pests — the company claims it’s able to produce a consistent product in about half the time as traditional field farming. “Essentially, we’ve perfected Mother Nature — but indoors, giving plants exactly what they need, when they need it, by creating a perfect blend of science and technology with farming,” says Malechuk.

The COVID-19 pandemic has thrown a temporary kink into the company’s business plans. Kalera’s main customers are food service distributors that supply lettuce to restaurants, theme parks, resorts, cruise lines, airlines, hospitals and entertainment and sports venues, including the Amway Center in downtown Orlando. “We’re getting our tails kicked right now. It’s just a terrible time for everybody,” says Malechuk.

But he’s bullish about future opportunities to expand Kalera’s grow houses domestically and abroad. “We are able to move into a city, very quickly build out our farm and within a matter of months are able to produce local, fresh, sustainable products in an existing space … in existing landscapes without having to have any detriment to the environment at all.”