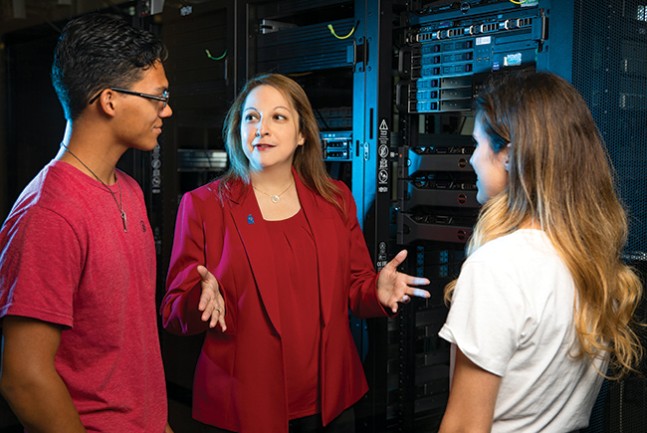 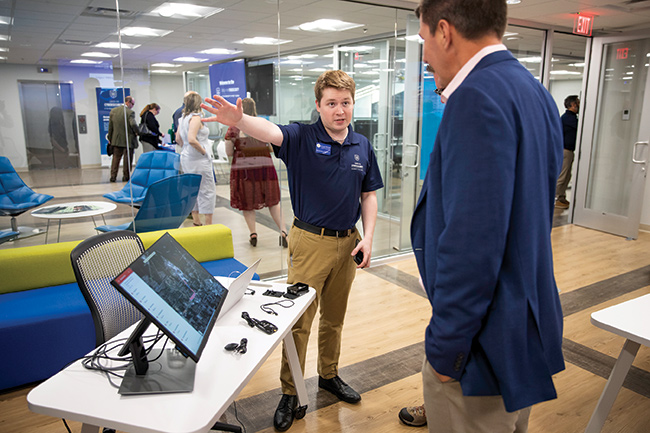 University of West Florida senior Michael Mitchell will not graduate until December but already has landed a job with IBM's Austin-based cyber-security division.

In Florida and nationwide, cyber-security jobs are waiting to be filled

There is a shortage of cyber-security professionals in Florida, with more than 25,000 unfilled cyber-security jobs in the state. Nationwide, there are more than 500,000 jobs available. Eman El-Sheikh, director of the University of West Florida Center for Cybersecurity in Penascola, talked with FLORIDA TREND about cybersecurity trends:

University of West Florida senior Michael Mitchell will not graduate until December but already has landed a job with IBM’s Austin-based cyber-security division.

A Jacksonville native, Mitchell was offered the job after he impressed IBM during a summer internship in 2019.

Mitchell says his starting salary is in the $80,000-plus range.

His job as a “penetration tester” is to find flaws that hackers can exploit in large software operating systems.

“Many of my friends landing cyber-security jobs are getting salaries similar to mine,” he says. “The lowest offer I've heard a friend of mine receiving is in the $60,000 range with the high-end offers being in the low six figures.”

Mitchell says most of his peers at UWF will not even consider salary offers below $70,000.