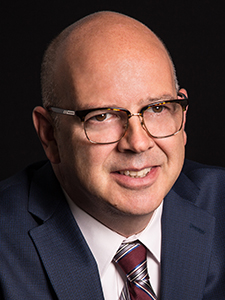 As I am doing a walk-through of a manufacturing plant in the midst of preparations to celebrate the 3rd annual Florida Sterling Manufacturing Business Excellence Awards Ceremony, I am masked as are all of the employees of this medical device manufacturing facility in Sanford, Florida. Not unlike the rest of Florida’s 20,700 manufacturing businesses, this company has navigated the COVID-19 crisis and the many demands the pandemic placed on the health, safety and welfare of it’s staff, friends, and family. Manufacturing companies creatively adapted to social distancing, which seemed incompatible to a production environment. At the same time, they’ve had to grapple with the unplanned contraction or, worse yet, disappearance of a thriving market or customer that they relied on just six months earlier. For other sectors – tourism, retail, hospitality, restaurants – the impact has been much worse, and, in many cases, unrecoverable.

One new term to enter our business vocabulary over the past six months is the word “essential.” While “shelter-in-place” ordinances were enforced, state and local governments had to determine which businesses were essential to ensuring that our basic needs were met and needed to remain open. The obvious ones relating to food, healthcare, safety, and defense supply chains were easy to determine examples, however when you began to unpack the manufacturing sector, its many upstream and downstream suppliers and customers, it was difficult, almost impossible, to determine which businesses were essential. The CDC and shortly thereafter, Governor DeSantis, provided the necessary guidance in which manufacturing firms should be considered essential.

What happened next was of no surprise to me. Manufacturers continued production of their core products, but many reached for what was beyond their scope. Manufacturers, who could, “pivoted” out of public necessity to production of products and components that were in short supply locally and nationally. Companies making athletic apparel were now making personal protective equipment (PPE). Aerospace parts manufacturers retooled to produce critical ventilator components. Distilleries and breweries began making hand sanitizers. Throughout this crises, though not really visible in the public eye, many of our manufacturing business emerged as “unsung heroes.”

But in my mind, they always were.

I’ve been involved with the advancement of U.S. manufacturing for nearly 40 years now; a career built on a foundation of understanding that there are only three ways to create wealth; mining, agriculture, and manufacturing. These are the pillars of an economy of “any” significance. Florida is blessed with being well-positioned to dominate in all three sectors. Yet, as an economy, we’ve come to rely on – dare I say, to depend on – other non-wealth-producing sectors. Hopefully, through this crisis, that dependence will not be too large a detriment to our economic welfare, going forward. And, in all fairness, you can extrapolate that same sentiment to the national economy. Somewhere along the way, we convinced ourselves that “services” were the way of an advanced society.

To be fair, many Floridians might not be aware of what the manufacturing sector contributes to our state’s economic landscape. According to the Florida Department of Economic Opportunity, manufacturing pays the third highest average wage among all key sectors in Florida at $63,883. As a sector, it employs 373,300 Floridians. Leisure and hospitality sectors employ over one million people at less than half the average wages. Not only did the manufacturing sector continue to operate throughout the crisis, the sector pivoted to produce products and component parts necessary to overcome shortages in our national stockpiles and to overcome shortages of critical supplies – mainstays of safety, health, and welfare – that we’ve come to rely upon other nations to produce for the United States. Our manufacturing economy, for the most part, remained among the most resilient sectors; hence a “pillar” for the state and the nation over the last six months.

There is a lot to learn as a society from this experience, and central to that is that manufacturing remains – as it was forty years ago, or post WW II, or even earlier during the first Industrial Revolution more than 250 years ago – essential to the foundation of any stable, significant, resilient and thriving economy. As our state celebrates “Manufacturing Month” throughout October, I salute the manufacturing heroes who, throughout the crisis, came to work daily, worked longer shifts, and took little to no time off in order to contribute to the immediate and critical needs of our country. Our nation and our state made the call, and manufacturing responded.

Kevin Carr is the CEO of FloridaMakes, a statewide, industry-led, public-private partnership with the sole mission of strengthening and advancing Florida’s economy by improving the competitiveness, productivity and technological performance of it’s manufacturing sector. He led the National Institute of Standards and Technology’s Hollings Manufacturing Extension Partnership (NIST MEP). Joining NIST in the first year of this experimental program, Kevin became the first NIST MEP Director, building the program from just 7 pilot states to a nationally integrated system serving manufacturers in all 50 states and Puerto Rico.