FP&L has completed about 250 neighborhood undergrounding projects, with 350 more planned this year. 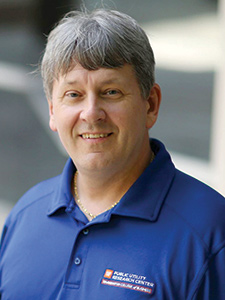 What happened in Texas raises questions about Florida's power system

Following the failure of the Texas power grid this year, questions arose about Florida’s grid. Florida, like Texas, can have bad weather statewide, though here it’s hurricanes, not freezes. Like Texas, Florida’s one of the nation’s largest producers and consumers of electricity. Much of Texas is a power generation and consumption island. Florida isn’t, but it relies for power plant fuel on four natural gas pipelines. For backup power, only two high-voltage transmissions lines connect it to the Southeast.

There are critical differences, he says. Perhaps the greatest: Unlike Texas, Florida’s regulatory scheme allows investor-owned utilities — FP&L, Duke Energy, TECO and Florida Public Utilities — to build into their prices the cost of making service reliable. Texas competes solely on price. A Texas company that spends to make service more reliable is at a price disadvantage to one that doesn’t.

Florida utilities — which pass the cost to customers — have spent big on reliability and resiliency. Spending by utilities on a smart grid allows them to isolate and route power around, say, a substation threatened by stormwater. That avoids the cascade of trouble Texas experienced. Florida utilities trim trees that threaten lines, replace wooden poles with steel or concrete and move lines underground.

After Hurricane Irma slammed Florida in 2017, FP&L launched a pilot program to study the cost-effectiveness of replacing overhead lines with underground lines in some neighborhoods. Burying power lines costs roughly $1 million a mile. By the end of 2020, FP&L had completed about 250 neighborhood undergrounding projects, with 350 more projects planned for 2021. FP&L says it has increased service reliability more than 40% in the past decade and will invest $1 billion annually for the next 10 years on storm hardening.

Also, Florida learns from each hurricane season. Texas had trouble with freezes before but didn't winterize. In Florida, at workshops held under state auspices, industry rivals share lessons learned. It’s a level of collaboration and disclosure rare in other states, Kury says. In Florida, “all the utilities have been talking about it in the open for the past 13 years,” he says.

Beginning this month, Florida utilities start down another path to hardening. The Legislature is requiring the investor-owned utilities to report to the state Public Service Commission on projects that will make the grid more resilient, with the costs and benefits entailed, for the PSC to approve. The utilities are allowed to assess customers a fee for hardening to fund 10-year plans.