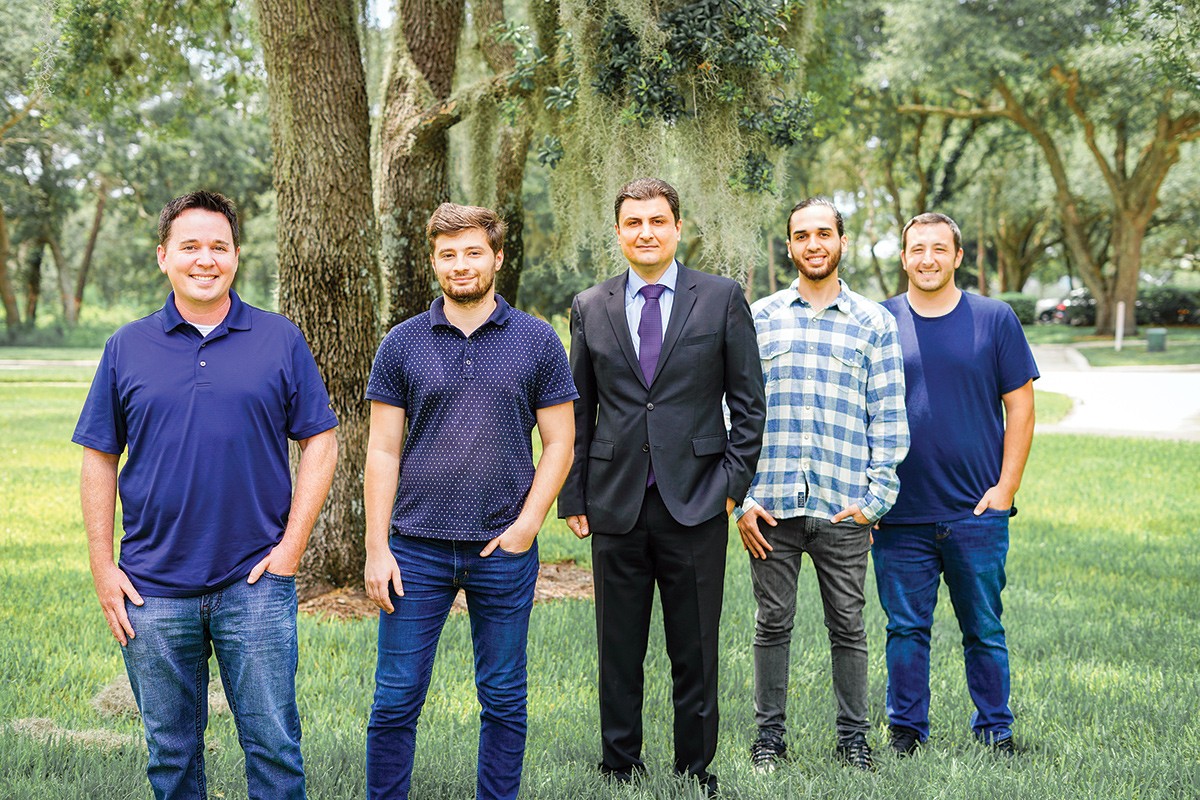 Ray Aria (center): "My team and I have one mission in mind - to normalize the use of cryptocurrency for everyday consumer purchases." 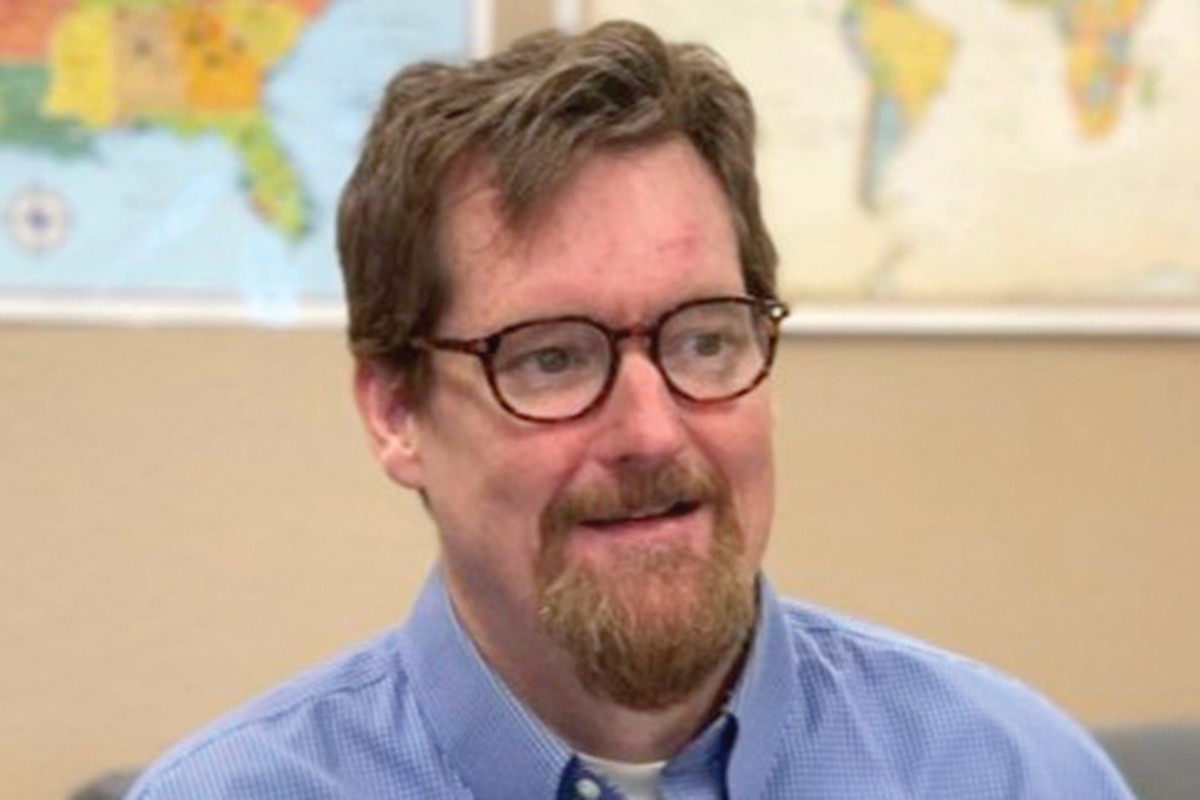 The bitcoin industry: How to build a better bitcoin

Ray Aria, a computer science instructor at the University of Central Florida and CEO of an Orlando startup called Flairr Labs, is trying to build a better bitcoin. “Right now, cryptocurrency is being treated as a ‘source of value’ rather than a currency. It’s like gold or stock — sit on it, and hope for the best. But that’s not what its purpose should be, at least from my perspective,” he says. “My team and I have one mission in mind — to normalize the use of cryptocurrency for everyday consumer purchases.”

Enter what he calls the flairrcoin — a new digital token built on the backbone of a technology known as block lattice. Bitcoin and many other cryptocurrencies in use today rely on blockchain, a giant shared database that records and verifies crypto transactions between two parties in encrypted blocks of data. Blockchain’s inherent inefficiencies are bogging cryptocurrency down, however, he says, contributing to sluggish transaction times and massive energy consumption. The block lattice technology allows for almost instant transactions, he says, and the network can be easily updated.

To avoid inadvertently running afoul of Securities and Exchange Commission rules, Flairr Labs can’t actually sell flairrcoin to consumers (otherwise it would be considered a security). Instead, consumers will earn them by playing games on the Flairr app. Once the tokens appear in the user’s digital Flairr wallet, they can head to the app’s marketplace to purchase products and services via a combination of flairrcoins and actual U.S. dollars. Aria rejects the notion that flairrcoin is just a fancy rebate or coupon system. “It’s something like Groupon meets PayPal, and they have a crypto baby together,” he says.

Aria says the company is looking to partner with national franchises and chains to launch. Over the next decade, he hopes to grow flairrcoin into a currency in its own right. In the beginning, he expects consumers will be able to pay for a small percentage of their purchase with flairrcoin. However, the ultimate goal is for the consumers to pay for 100% of the merchandise with flairrcoin

The computer scientist reckons that all the volatility in the cryptocurrency market today stems from the fact that there’s no business model behind it to make it stable. “What we’re trying to do here is build a network based on business and technology, not just supply and demand. We’ll have business partners that essentially offer products or services for the coin. That makes the coin stable — that makes the coin not volatile,” Aria says.

In bitcoin’s earliest days, there were only two ways to get it. Those who were tech savvy enough could mine it by running programs on their personal computers, or they could acquire it via a peer-to-peer trade on a bitcoin-focused discussion forum. Online trading platforms known as bitcoin exchanges soon followed, and in 2013, the first bitcoin ATM appeared in a coffee shop in Vancouver, Canada.

Nearly a decade later, crypto ATMs have exploded on the scene — providing perhaps the only physical manifestation of digital currency and the easiest on-ramp to owning bitcoin for the 14 million or so Americans who don’t have bank accounts and pay for things with cash.

It’s a lucrative industry, says Lee Hansen, CEO and co-founder of ByteFederal, a bitcoin ATM operator headquartered in Venice. The 5-year-old company, which operates 740 machines in 33 states, collected $87 million in gross revenue over the last year — and the return on investment is far better than bitcoin mining. Hansen says he and his business partners were looking into bitcoin mining in Suriname, where electricity is 2 cents per kilowatt hour, but they figured they’d only be able to generate $60,000 a month after investing about $1 million in mining rigs and engineering. “We’re used to ROIs that happen in months, not years,” he says.

Getting into the bitcoin ATM business had its own hurdles, though. “We couldn’t get a bank account, and when we did get bank accounts, we had to tell them, ‘Oh yeah, we’re just a tech company.’ They moment they found out we were crypto, they’d cancel our accounts, and now we’re stuck with tons of cash and no way to turn it back into crypto again,” Hansen recalls. “We were walking around with $200,000 cash in our bags half the time, especially in the early days when we couldn’t get banks.”

Hansen, who worked as a Linux systems administrator and software developer before jumping into crypto, says ByteFederal is working on adding other products and services for customers, such as interest-bearing accounts that would be similar to certificates of deposits, but with better interest rates. “We want to keep integrating services and basically kill banking because banker hours suck and dealing with bank rules sucks and being unbanked sucks,” Hansen says. “We seek to empower everyone with better-than-banking hours in 24-hour convenience stores, not just in the states, but abroad.”