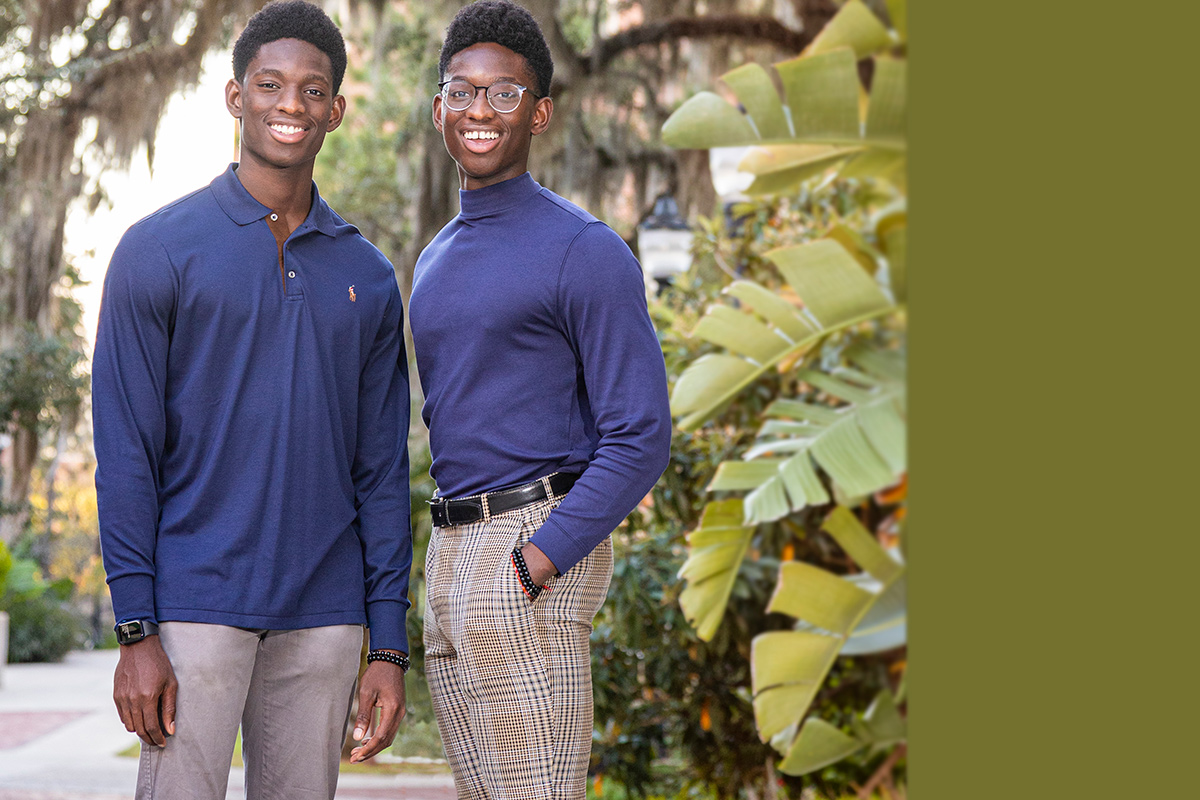 Twins Kehinde and Taiwo Sogbesan were typical high school students in Jacksonville. Kehinde ran track, was a member of the National Honor Society, and served as president of the Student Government Association. Taiwo was a first-string football player and president of the Black Student Union.

Both had big plans for the future, including becoming first-generation college graduates. But their plans were seemingly derailed when they began to discuss tuition expenses and how they would pay for college.

“We were already behind in the college conversation,” Kehinde says.

Sons of Nigerian immigrants, Kehinde and Taiwo’s parents had always praised the power of knowledge and knew a higher education was important to succeeding in America.

Then, a beacon of hope came from a school guidance counselor who told the boys about the Bright Futures Scholarship.

“Our friends were all saying, ’As long as you get Bright Futures, you can pay for college,’” Kehinde recalled.

So, both applied. With strong grades and test scores, Kehinde and Taiwo each earned scholarships from the Florida Lottery-funded program.

Today, Kehinde and Taiwo are sophomores at Florida State University and still have big plans for the future. Last summer, Kehinde interned with researchers at the Mayo Clinic in Jacksonville. He now is applying for the school’s STEM Entrepreneurship program and hopes to pursue a career medicine or product research and development to help minority and disenfranchised communities.

Taiwo is enrolled in the university’s biomedical engineering program and plans to attend graduate school to one day design medical equipment.

For the brothers, the Bright Futures Scholarship is helping to pave their path to success in America.

“It’s allowing me to go to school without worrying about finding a way to pay for classes,” Taiwo says.

Kehinde agreed. “Bright Futures has alleviated the financial burden from our parents. It’s almost like our destinies are being manifested and our goals are being fulfilled. You never forget where you got your start career wise, and Bright Futures gave me that start.”