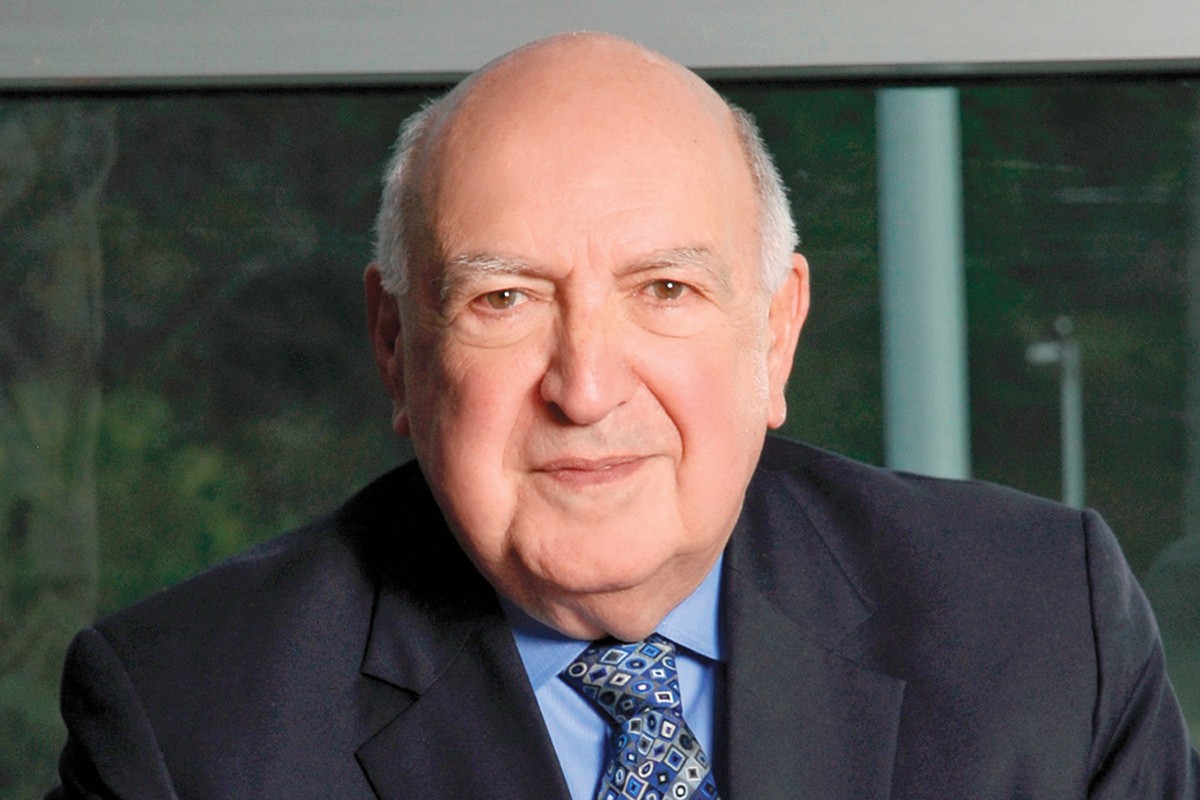 “We have every confidence in Florida’s role as the leading global enabler of a new space economy and aerospace industry," says Frank DiBello, President/CEO Space Florida. 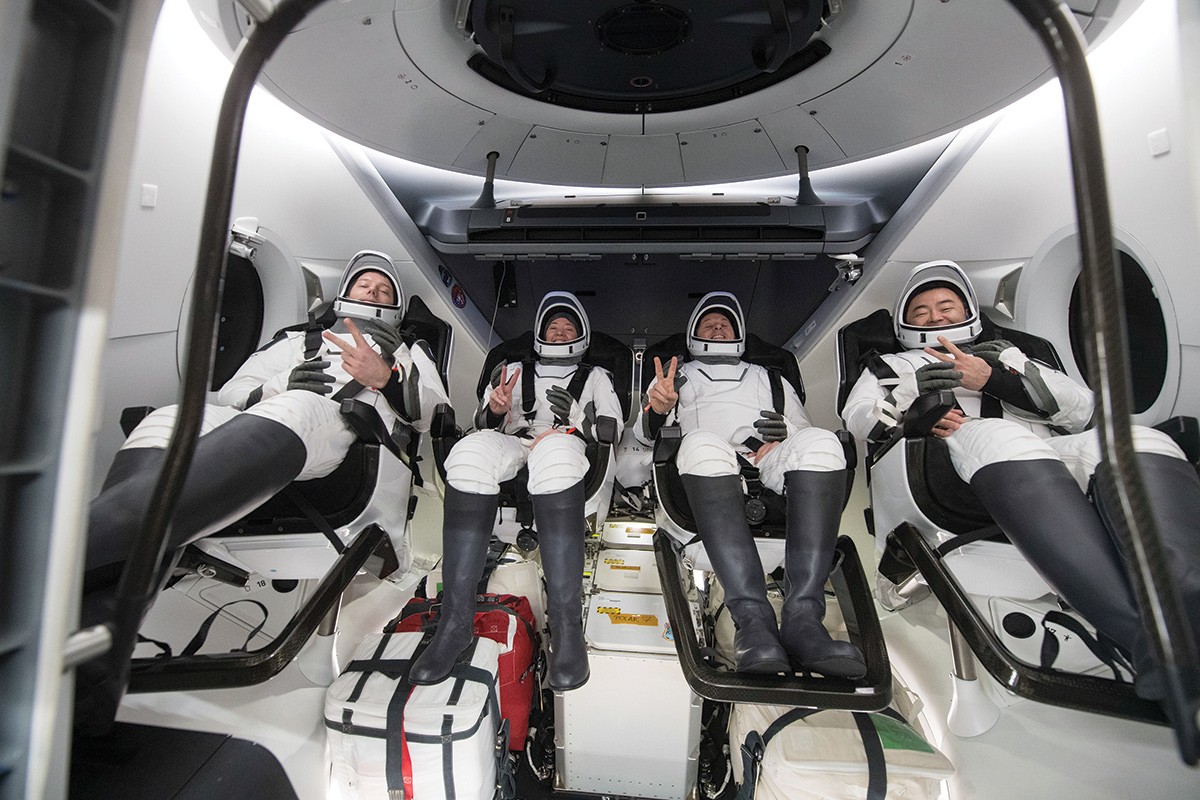 The Dragon Endeavour spacecraft has completed two missions to the International Space Station. 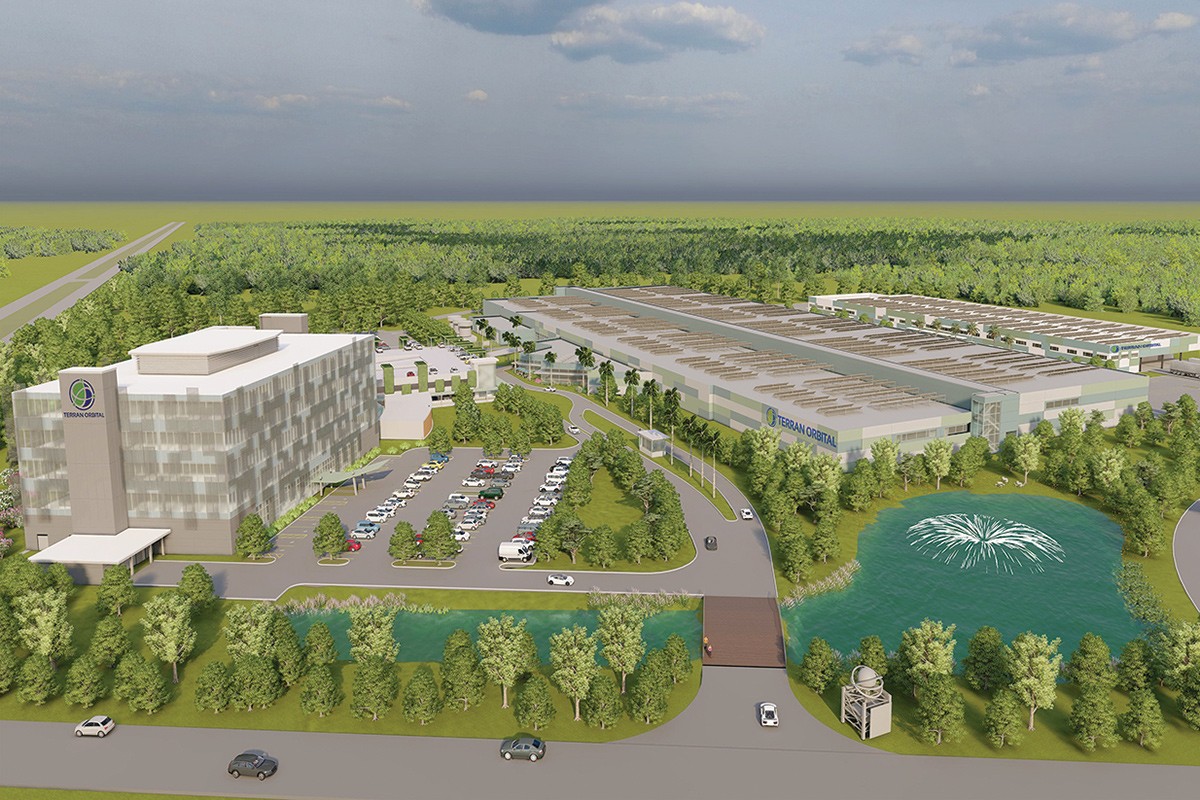 Terran Orbital makes and operates small satellites for commercial and government markets such as NASA. 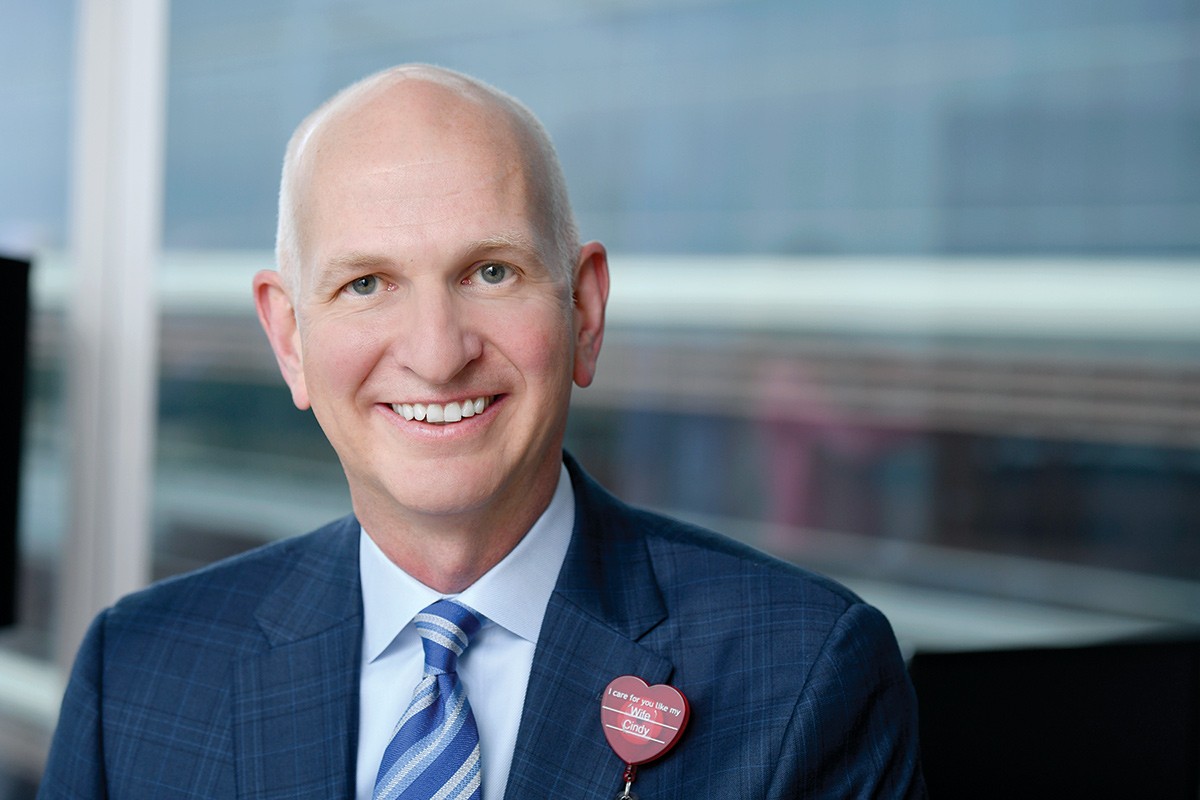 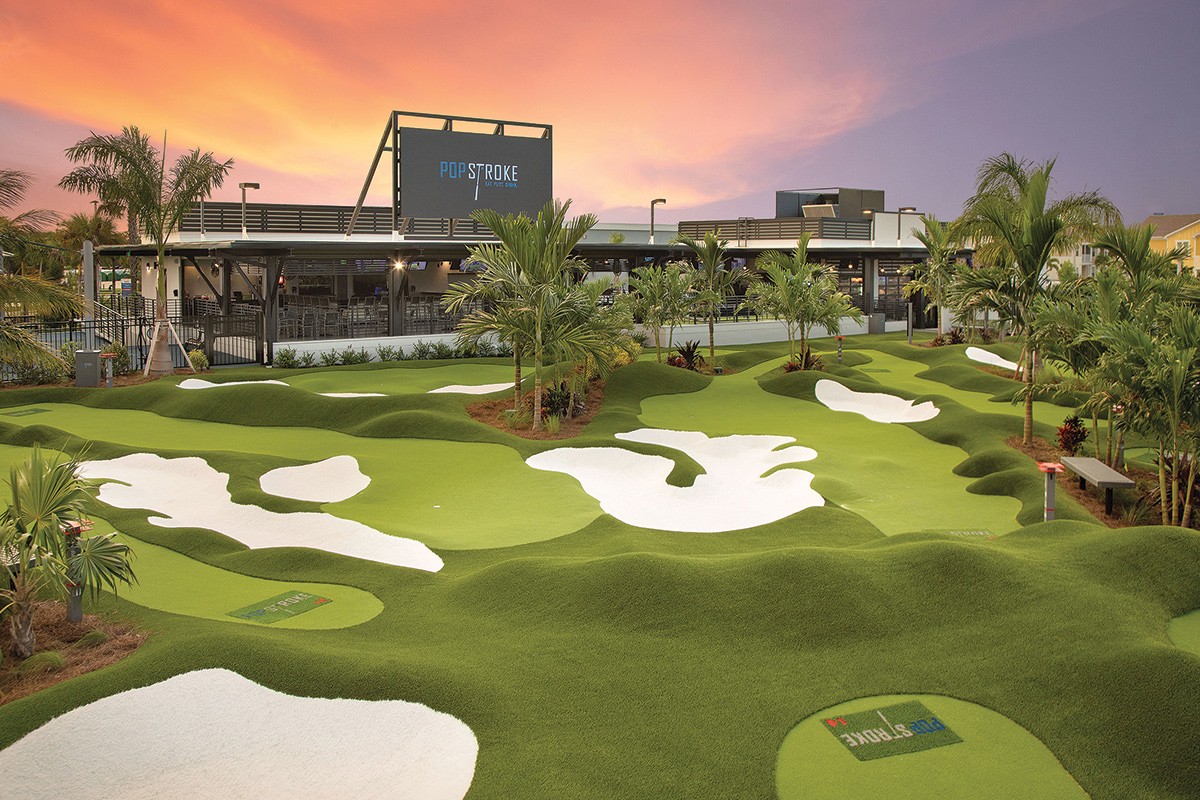 PopStroke at Waterford Lakes will include two miniature golf courses.

“We have every confidence in Florida’s role as the leading global enabler of a new space economy and aerospace industry. In 2022, we will continue to invest in new infrastructure throughout Florida’s spaceport system, including the capability statewide to handle 100 launches a year and accommodate launch-on-demand and satellite-on-demand capacity.

As we transition the industry from government-led to commercial- and market-driven, we must provide meaningful space policy leadership, a supportive business ecosystem and world-class infrastructure enabling next-generation space companies to locate here and thrive. In this last decade, we have taken the value of the portfolio of infrastructure financed from under $100 million to more than $2.7 billion, most of which is private capital investment. Our goal for the next decade is a portfolio value over $10 billion, focused on both ground and on-orbit infrastructure for research, manufacturing and new commercial service activities.

New sources of private-sector capital and financial institution trading relationships will fuel the entrepreneurial and technology-driven ecosystem that will propel Florida’s space and aerospace industry.”

“With the pandemic having proven the value of model simulation, the industry is expanding. It’s brought more applications within the age of quarantine, lending itself to more creative uses that continue to evolve. The industry continues to grow in Central Florida, with more applications, even for soft skills, such as empathy training, which is even done now via computer simulation. Before COVID, there was a need for soft skills training we hadn’t addressed, and COVID did not make this any better. There is a project for the Veterans Administration that helps the user simulate giving bad news to someone, for example — training them that you cannot give false hope — and guiding users in how to make the right decisions. There are 140 Central Florida member companies in the Orlando-based National Simulation Center representing $6 billion in military contracts, with salaries averaging $80,000 a year.”

Terran Orbital goes public in the first quarter through a merger with a special acquisition company in a transaction involving Lockheed Martin and AE Industrial Partners. The company makes and operates small satellites for commercial and government markets such as NASA. It will be establishing a $300-million manufacturing facility on Merritt Island, part of a deal with Space Florida. Gov. Ron DeSantis calls it the largest satellite manufacturing facility in the world, set to produce about 2,100 jobs by the end of 2025.

Two of three design phases to create a four-lane limited-access expressway from U.S. 27 to SR 429 in Lake County will be completed this year. Boosting access to Orange County will support growth, says Tracy Garcia, director of the Lake County Office of Elevate Lake, who calls it a “major game changer.” Access will boost Elevate Lake’s four major strategic economic corridors and job creation: Wellness Way, located on over 15,000 acres, capitalizing on the area’s sports medicine and health sciences; the 1,300-acre Wolf Branch Innovation District focusing on innovation and research around the newly completed Wekiva Parkway extension into Mount Dora; the 4,000-acre Minneola Interchange along Florida’s Turnpike with its mixed-use developments; and Christopher C. Ford Commerce Park, a manufacturing hub.

“We believe personalized medicine is the future of health care and are heavily focused on genomics across a number of our specialties. This year, we’ll have expanded opportunities for Central Floridians to learn about their genomics, which will empower them to make health decisions before certain types of cancer or heart conditions, for example, become medical emergencies.

Not only are we set to open a new tower devoted to orthopedics and neurosurgery on the Orlando campus next year, but the talent we are recruiting and the type of care they are able to provide is next level. Another area we’re investing in is pediatric mental health. AdventHealth for Children is creating the Center for Advancement and Support of Youth, the first-of-its-kind comprehensive pediatric and young adult mental and behavioral health program in Central Florida.

The country is now facing a widespread nursing shortage. We’re deploying a variety of approaches to recruit and retain good talent in Central Florida, including an expanded tuition reimbursement program. We also just announced a new nursing transformation initiative to create a nursing model of the future. Physician burnout is another national issue that we’re addressing locally.”

“Being able to allow vaccinated passengers back into the U.S. now will help us to get passenger numbers to levels we saw before the pandemic. Especially the British — they have had a significant presence here in Orlando, visiting friends and relatives here for as long as I can remember, and we have missed that influence.

On the domestic side, we’ve seen a strong resurgence in travel after COVID, especially last summer with the rollout of the vaccine. Infections are now lower than 5%. We are probably 75% of where we were in 2019. It’s a good opportunity to have a very robust spring break.

Construction of the new south terminal is about 80% complete. It’s just the technology that needs to be added, such as a state-of-the-art baggage system — where luggage is tracked by computer chips, each bag in its own bin, there is nothing like it in the U.S. — along with an immersive media environment, or IME, as we call it, which is pretty spectacular. It offers travelers a broad flavor of what it’s like to be in Central Florida.

Disney’s 50th anniversary celebration will drive traffic, just as the Wizarding World of Harry Potter brought visitors, and our traffic peaked with that event. And innovation hubs like Lake Nona, a health sciences cluster, keep people coming to the area for business purposes. In a region like Central Florida, those sectors have economic synergy with people visiting Orlando for business bringing their families for leisure. The next thing we’re looking for is more trade show and convention center visitors.”