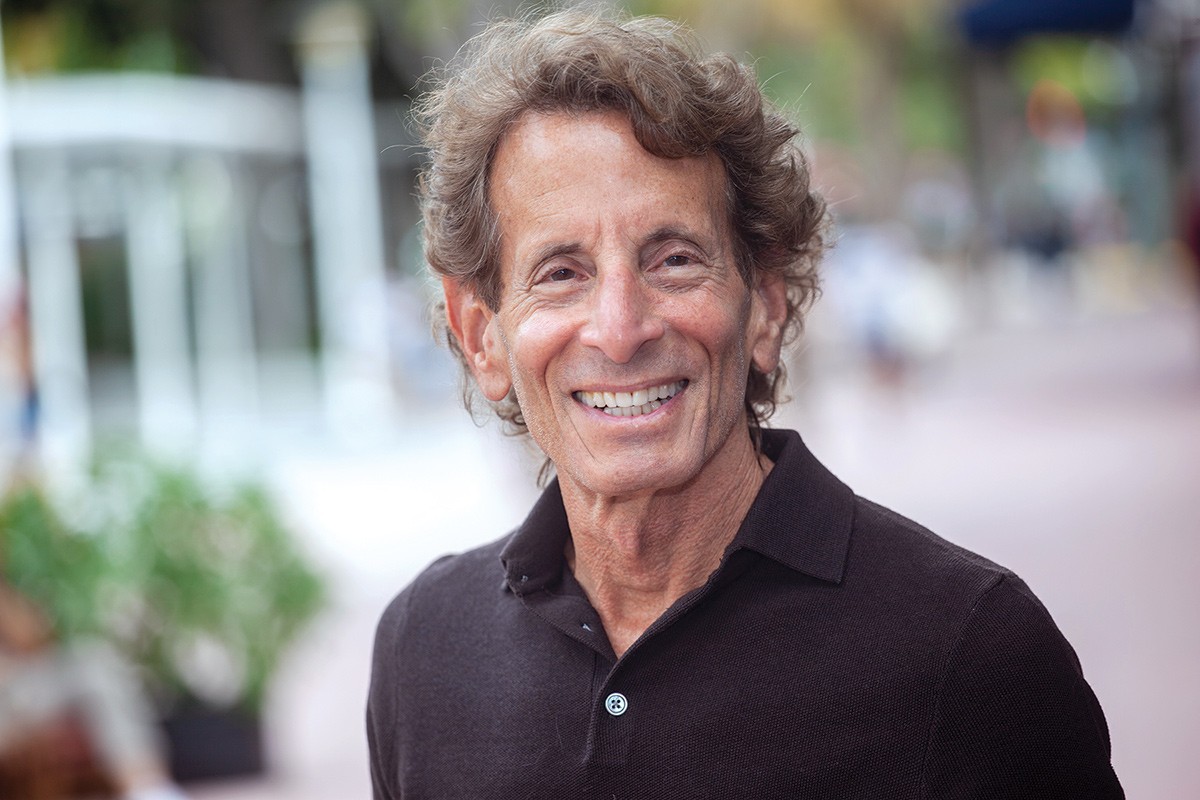 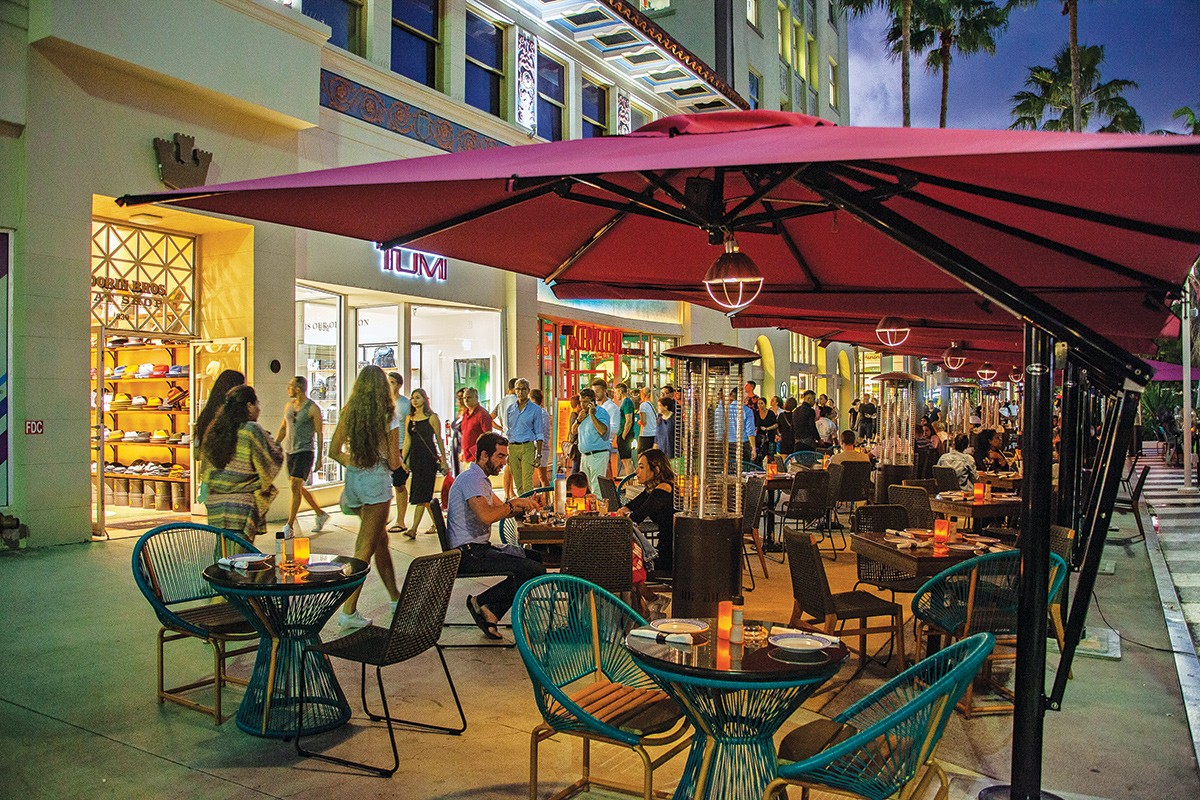 Lincoln Road in South Beach is seeing a flurry of activity -- from new restaurant leases to the construction of an Amazon 4-Star store. 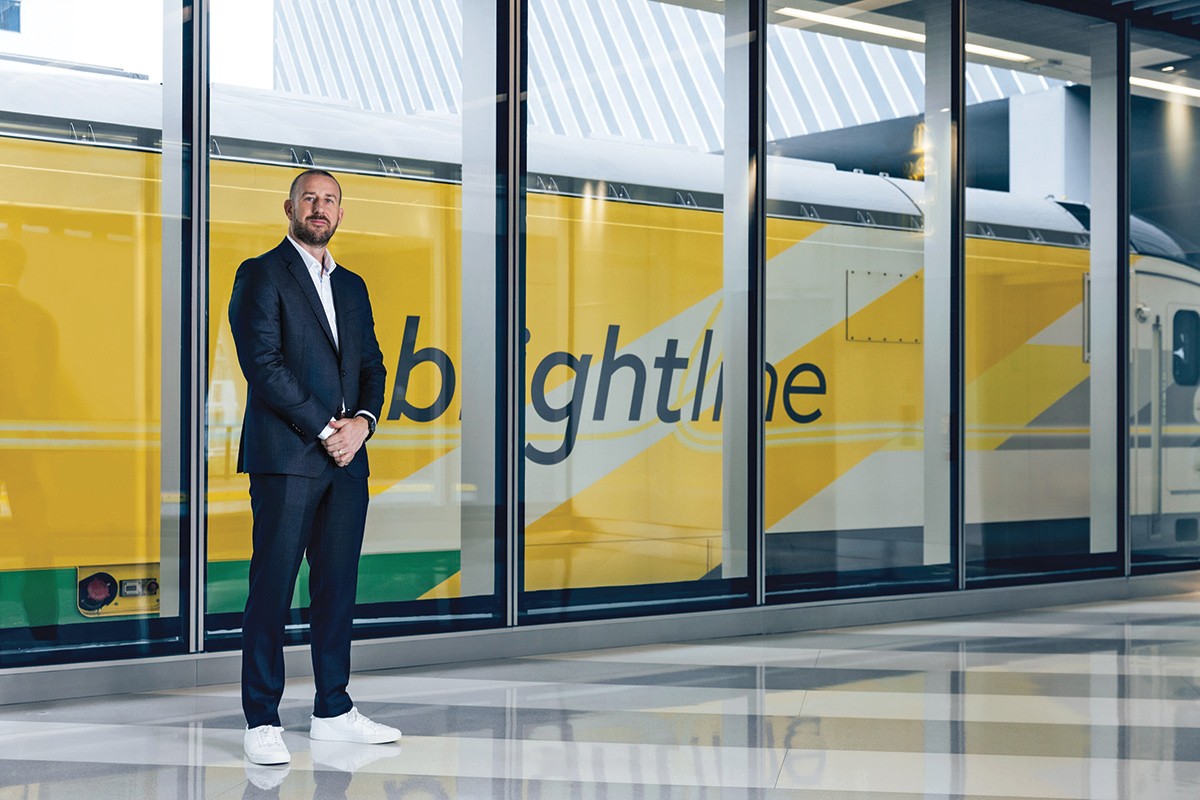 "Traffic levels have already surpassed 100% of what they were pre-COVID," says Brightline President Patrick Goddard. 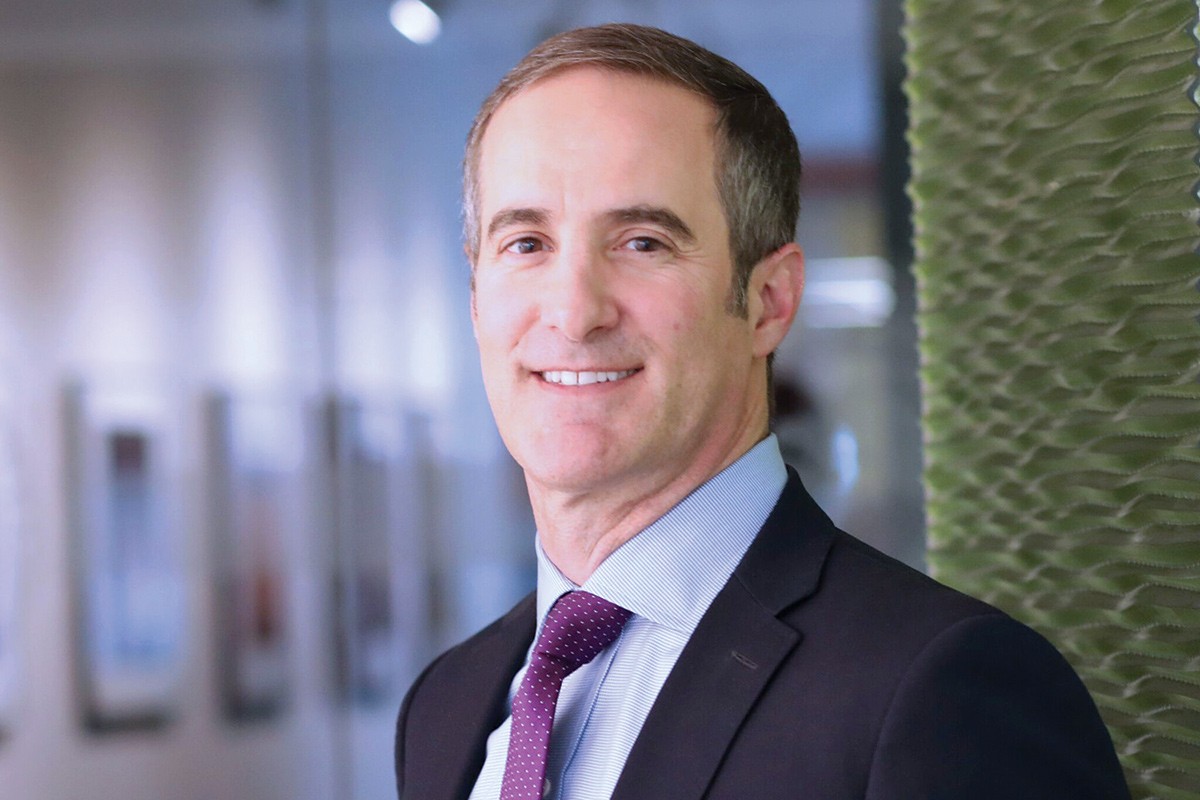 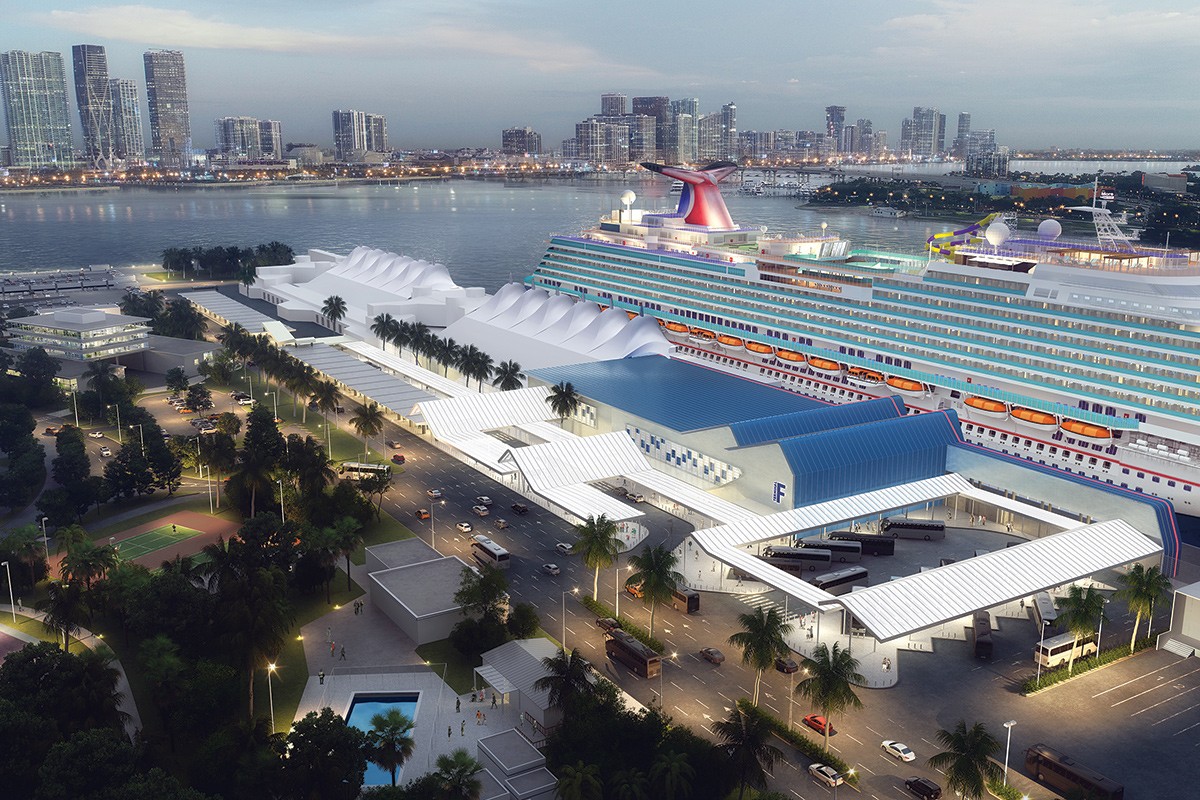 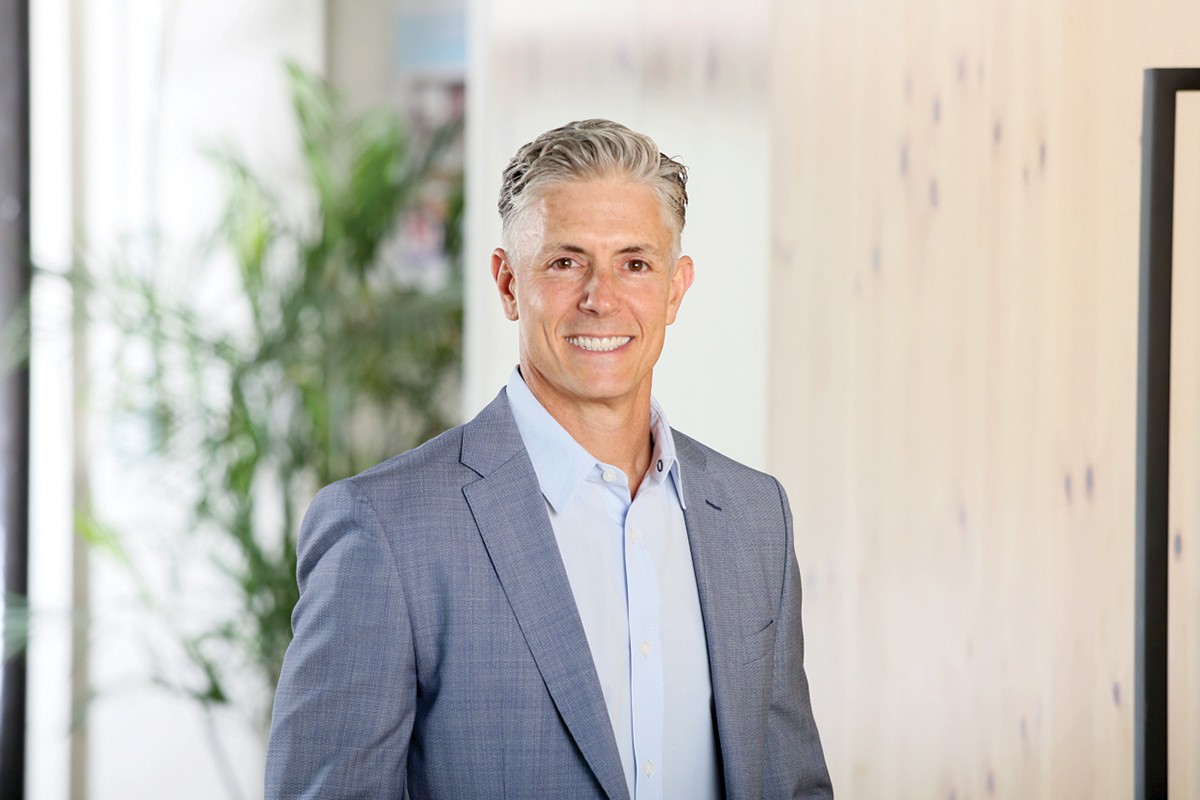 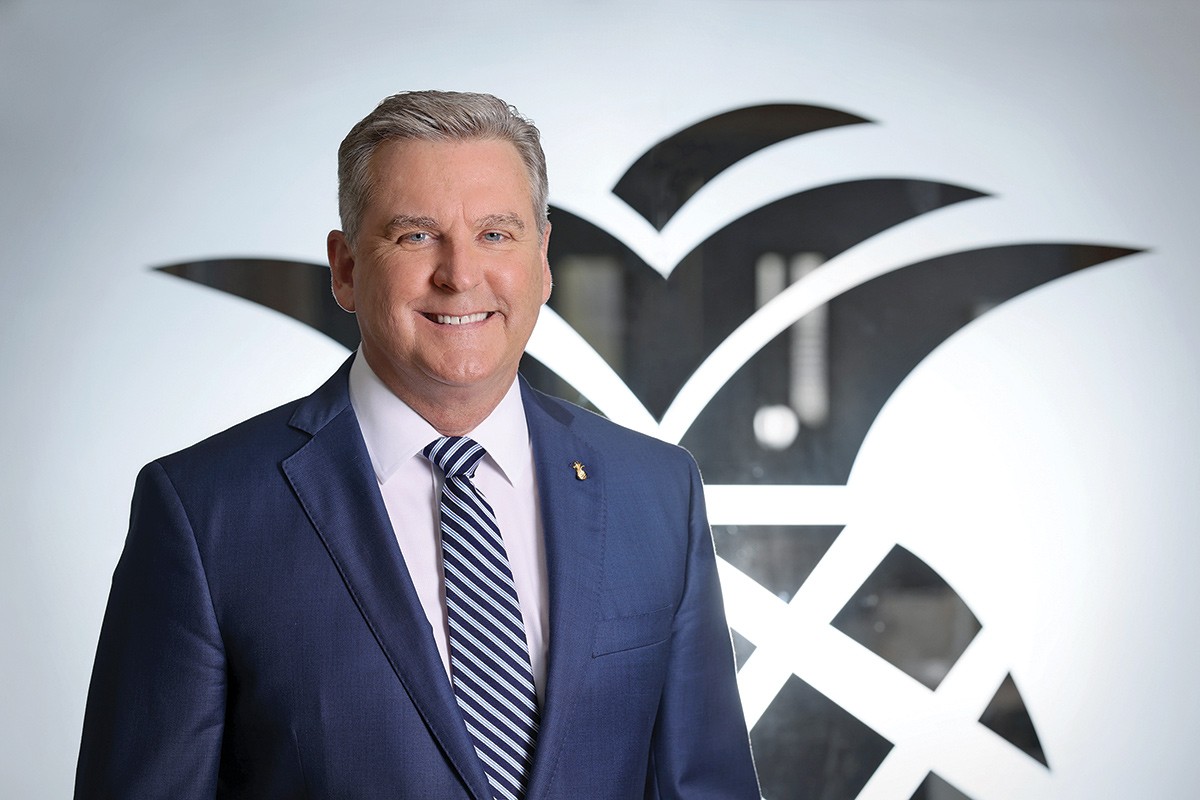 “We’ve never been busier, and it’s because so many are looking for so much at the same time — everybody from luxury and aspirational luxury to street-level retail and restaurants, both high-end and casual, all the way through to Walmart, Target and Dollar General stores. There’s so much population explosion, and that population requires retail. The biggest issue in the restaurant world in Miami today is getting a seat. So many restaurants have cut down on their hours of operation because there simply aren’t enough employees to go around.

The Zara store on Lincoln Road continued to do well enough during the pandemic that it’s now expanding by 10,000 square feet. Andres Carne De Res, which is probably the go-to restaurant in Bogota, has leased an entire building on Lincoln Road. Mila, one of the go-to restaurants in Florida today, is expanding by 4,500 square feet and adding an omakase restaurant as part of that expansion. (Chinese fast-fashion chain) Yoyoso announced that it will open its first store in Florida on Lincoln Road, and that’s finally under construction. Amazon took a 5,000-sq.-ft. corner on Lincoln Road for one of its 4-Star stores. That went into hibernation during the pandemic and is now well under construction and expected to open in Q1 2022.

There’s a lot going on around Lincoln Road that’s quite positive. The population of Miami Beach continues to elevate itself. It looks like Ocean Drive will be reopened to traffic. International tourism is restarting, and the convention center has reopened and already has had some significant conferences. The lights have very much come back on.”

“Traffic levels have already surpassed 100% of what they were pre-COVID. Hotel occupancy and dining have surpassed 100% of pre-COVID levels. Airports are at about 85% to 90% of what they were pre-COVID, and that’s without the cruise industry. That’s without international travel or without business travel returning. With COVID restrictions dropping, the vaccination rate in South Florida being one of the highest in the country and the case rate now under 3%, we feel very optimistic that Florida is headed for a strong return. We expect to be able to capitalize on that. You’re probably going to see some of that business travel shift into more leisure travel, but I don’t think there’s an overall drop in movement. We’re already seeing people moving around as much if not more than they were pre-COVID in South Florida. The average speeds on I-95 are in the low 30s, and it’s only going to get worse.

We’re in this for the long term. We’re building a permanent infrastructure asset. It’s going to be here for the next 100 years. In that context, COVID is a blip, and Florida is going to continue to grow. We expect to be able to provide a very meaningful service in Florida in terms of getting cars off the highway.”

Brightline resumed service between Miami and West Palm Beach in November, 20 months after it halted operations because of the pandemic. The Miami-based train line also launched Brightline+, a ride-share service that takes commuters to and from stations. Customers within a five-mile radius of a station can book a ride-share in the company’s app when they buy a train ticket. Brightline+ currently is free but will soon begin charging a per-use fee of $5 for a shared ride or $10 for a private ride. Its fleet includes Teslas, vans and golf carts.

“The migration of wealth to Miami is a 100-year-old story, but it was always about retirement and second homes and speculation. What’s different this time is that job creators are coming down here. It’s not just wealthy people buying a second home. It’s people moving their businesses here; it’s people with talent and people in their 40s and 50s — prime wealth creation ages — moving here. That’s really, really exciting. We’re doing well, and we’re very optimistic about 2022. Interest rates are still going to be very low.

Historically, the three main challenges we have here are traffic, the school system and poor city and county government. That last part doesn’t seem to be getting any better, whether it be dysfunction, perhaps a little corruption, and things just not working. If you’re a business and you want to get permits, it’s hard and long and cumbersome and very frustrating. So, that’s a big concern I have.”

Brightline passengers will soon be able to take the train from Orlando to Miami. A new Brightline station at Orlando International Airport is nearly completed, and construction of about 40 miles of rail line between Cocoa and Orlando is to be finished by the end of 2022. “There are about 400 million trips annually between Central Florida and South Florida — over a million a day. We’re looking at capturing 2% to 3% of those trips,” says Brightline Trains President Patrick Goddard. “We’re going to be catering to business travelers, commuters, families and people who are traveling for leisure.”

“Our business benefits from change. Overall, we’re up probably 70% over last year. The last 12 months have been the busiest we’ve ever had. There have been so many people moving here, and that leads to restaurants looking to expand, private schools looking to improve their facilities. There’s so much money flooding into the South Florida economy that it just leads to all different types of construction requirements.

I don’t see 2022 changing. Construction is a lagging kind of indicator. It takes awhile to get things financed and permitted. In 2022, I think we’ll finally see projects break ground. Also, there’s a scarcity of rental product in the residential market, and we’re seeing developers actively target that market. A lot of first-time home buyers are priced out of the market, so they’re being forced to rent for longer periods of time. Maybe instead of bigger units, you’ll see smaller units, maybe at the same price point, but with more amenities and in better locations.”

“During the pandemic, our hospitals had to pivot and do things differently, but they’re now all back to normal operations. We’re very hopeful that the COVID numbers will continue to stay low, particularly with the rise in vaccination rates across the state. New variants will come about, but hopefully they will not challenge us in the way that the most recent surge challenged us.

This last surge in Florida was the largest we’d ever experienced. It was quite sudden in onset, and it was predominantly younger people who were unvaccinated. That caused tremendous emotional stress to our caregivers, to deal with people in their worst moments and sometimes not have patients do well when it was perceived as largely preventable.

We’re going to have workforce challenges over the next couple of years, and we’re going to meet those challenges head-on. We’re investing in the people we have while we’re also trying to invest in training a whole lot more people to enter the workforce. Inevitably, some Baby Boomers who were nearing retirement age have decided to leave the workforce and retire, and we’re just simply going to have to backfill with other people who are younger in their careers or just getting started.”

Miami retailers are in better shape coming out of the pandemic than U.S. retailers overall, according to a report from commercial real estate brokerage firm Marcus & Millichap. The firm’s third-quarter 2021 report notes that retail vacancy rates in the area have returned to pre-pandemic levels, rents are rising, and about 3.7 million square feet of retail space is in development, with nearly 90% of it pre-leased.

“Despite a recent increase in COVID-19 cases, large tracts of Florida’s economy have remained open, supporting retailers,” the report says. “Vacationers seeking areas with more lax restrictions have sought out South Florida over the course of the last several months.”

Demographics have also favored the market as more people accelerated retirement plans and moved to the area. Over the past year, the population age 65 and older has grown 3.5%, outpacing the national rate of 3.1%. The report adds that retail sales in Miami jumped 28.5% in the past year “as more residents ventured out to take advantage of local amenities and travelers flocked to the area.”

Carrie Meek represented her Miami-Dade district in the U.S. Congress for 10 years after her election in 1992, when she became one of the first black Floridians elected to Congress.

The grandchild of a slave and daughter of a sharecropper, Meek died Nov. 28, 2021, at 95. During her tenure in Congress, Meek focused on increasing economic opportunities for the poor, immigration and health care reform.