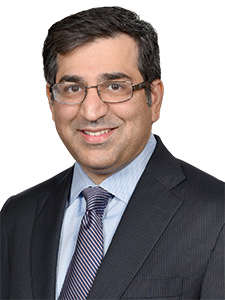 Alternative medicine practitioners have long argued that coronary artery disease can be treated safely and effectively with chelation therapy — a process in which chemical compounds are injected into the bloodstream to remove heavy metals from the body. The theory is that cleaning the arteries of calcium deposits and other impurities reduces the risk of heart problems.

The traditional medical community, however, views chelation therapy as a controversial and unproven treatment. Some critics warn that chelation removes calcium not only from diseased arteries, but also from bones and muscles, which need it to function properly.

Miami Beach cardiologist Dr. Gervasio Lamas now aims to settle the debate. With a $37-million grant from the National Institutes of Health, Lamas is conducting a clinical trial to study chelation’s effects on diabetics with heart disease. Both chelation and statin therapy are safe, says Lamas, adding that neither is “natural.”

Lamas, a native of Cuba, earned his bachelor’s degree from Harvard and his M.D. from New York University. He trained at Harvard-affiliated Brigham and Women’s Hospital in Boston and worked there for 15 years before leaving in 1993 to join Mount Sinai Medical Center in Miami Beach, where he’s chair of medicine and chief of cardiology.

His ongoing trial, called TACT2, is his second federally funded study of chelation therapy. His first trial, conducted over a decade, found that chelation was safe and potentially helpful in warding off heart attacks in heart patients, especially those with diabetes. He plans to release the results of TACT2 in 2023.

-Early Skeptic: “Most of us who are conventional medical practitioners have been hearing about chelation therapy throughout our careers. It was always presented to me as quackery. In August of 1999, a gentleman came to see me. He was dressed a little like Lieutenant Columbo. He had cardiovascular disease and wanted to have chelation, and I told him it was nonsense.”

-Approach: “I’m a scientist, and I’ve been doing randomized clinical trials since I was a trainee. I looked into chelation a few days later and realized that there was insufficient evidence to support what I had said. I said, ‘you know, I can answer this question. Why don’t I just do it?’ In 2002, I received a grant for $30 million from the National Institutes of Health to do a definitive multi-center trial on chelation vs. placebo.”

-Findings: “We gave 40 infusions of either chelation or placebo to 1,708 patients throughout the U.S. and Canada, for a total of 55,222 infusions — 65% of all patients completed 40 infusions, and the rest completed varying amounts. The study was blinded, so I didn’t know the results at any point until the study was over. You go through all the data and look at the curves, and I said, ‘Oh my God, this darn thing is positive’ — chelation reduces the risk of recurrent cardiovascular events in patients who’ve had a prior heart attack, and in diabetic patients, it was spectacular; it reduced the risk of death over five years by about 40%.”

-Environmental Cardiology: “The medicine we used captures lead and cadmium and holds them very tightly as if it were a powerful magnet. Lead and cadmium are metal contaminants that all of us pick up from the environment and have in our body. They damage our neurological development, our kidneys and the heart and circulation. What that has taken us to is a field that was heretofore unknown or neglected, which is environmental cardiology. We think that chelation allows us to remove poisons acquired over a lifetime.”

-TACT2: “In 2014, I went to the FDA with our results. Their conclusion was, 'This is positive. The drug appears safe, but this is chelation. It’s very controversial. You’ve got to do it again. You need two studies to get approved.' Two years later, we received an award of $37 million for TACT2. We randomized our 1000th and last patient in December 2020. We should have results in late 2023. It will have been a journey of close to 25 years.”

-Other Potential Benefits: “In between studies, I became interested in looking at peripheral artery disease in diabetics. Diabetics are very prone to severe peripheral artery disease; they’re very prone to having amputations of their toes, sections of feet and legs. It’s really a horrible disease when it takes that course. We found that, in fact, we could prevent amputations. This was a small pilot study funded by Mount Sinai. We did 10 patients, and of the 10 patients, seven completed their course of therapy. Of the seven patients, there were no amputations, heart attacks, deaths, etc.”

-Critics: “There’s still a large amount of skepticism, but among people who are academics, there is a certain amount of admiration. Between my grants and the grants to Duke, it’s got to be heading into the $80-million range or more. That kind of NIH money buys you a tremendous amount of credibility. But what’s really fun is having somebody who was going to have their foot cut off, and you see them two years later and they have two feet. Now that’s cool. I live for that.”