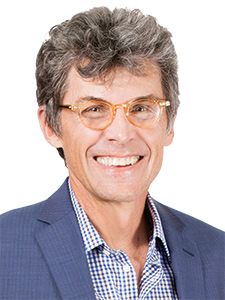 The bank, which targets environmentally conscious customers and specializes in loans for solar installations, energy retrofits and infrastructure improvements to combat climate change, also purchased a branch office in Winter Park. That building is being remodeled to attain LEED certification and netzero energy status, as well. Meanwhile, all of the bank’s buildings will get electric vehicle charging stations.

“We are looking for a building or property in Mount Dora for our third location, and we are also looking in Tampa for a location to open in 2023,” says founder and CEO Ken LaRoe.

Big initiatives include the launch of a government guaranteed lending division that specializes in SBA and USDA lending and a residential lending division. The bank also is working on forming a holding company.

LaRoe — who founded Orlando-based First Green Bank, which merged with Seacoast Bank in 2018 — says this year will be good not only for his Climate First Bank, but for the entire banking industry.

“I don't think the country is going into an inflationary spiral as most of the economists are saying,” he says. “That puts me in a very minority position. I believe that most of the inflationary pressures are the continuing result of all the COVID drivers like the supply chain issue, huge consumer spending. I also have optimism that any COVID variant isn't going to slow anything down again. I think people are so sick of COVID and the constraints that they are just willing to get it now, as long as they don't die. I think this is going to drive another economic expansion.”