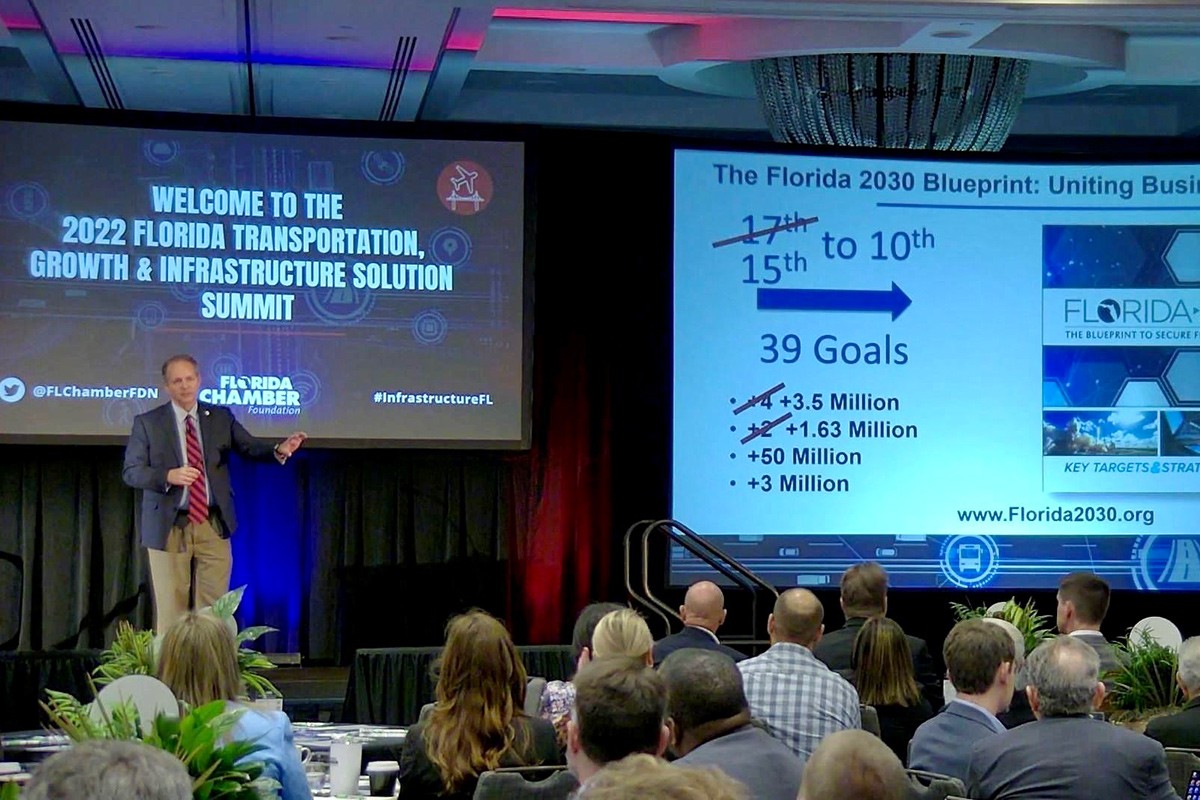 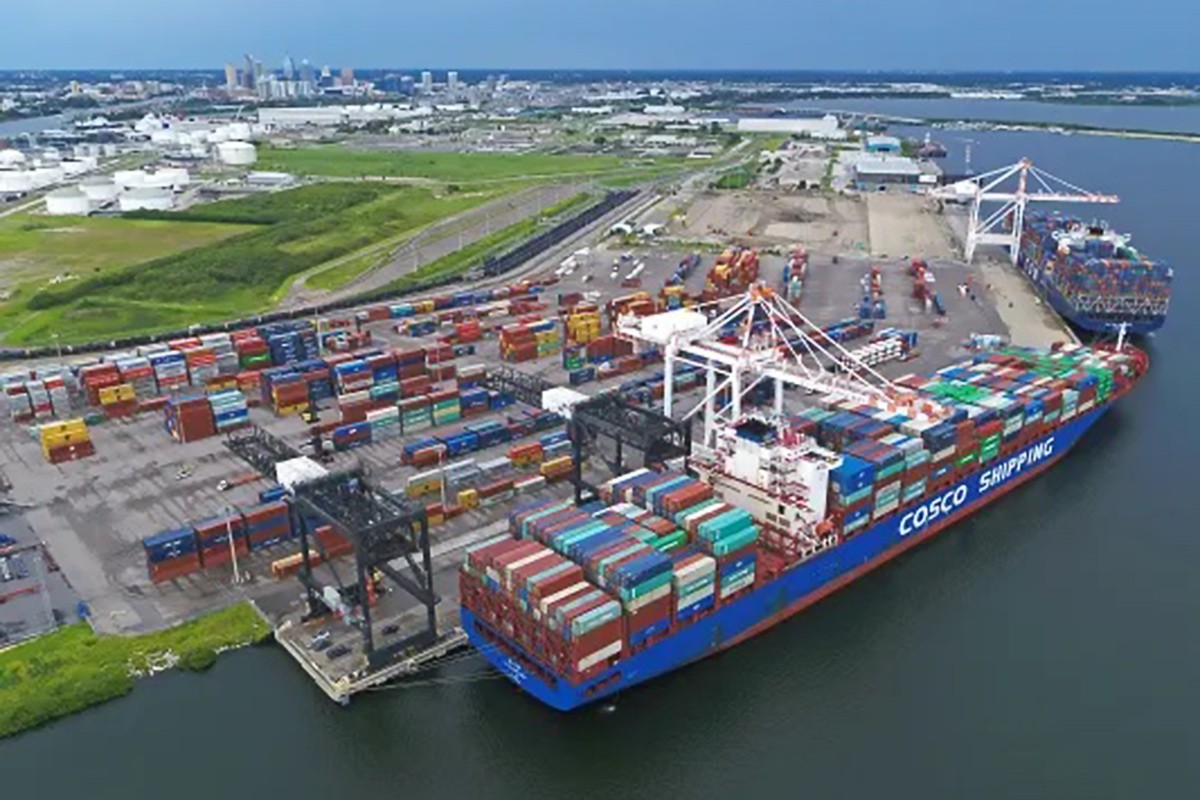 JACKSONVILLE – Florida’s standing in the global economy – now the equivalent of Mexico at 15th with the potential to be bigger than 10th place South Korea by 2030 – could experience a transformational boost with continued focus and investment on manufacturing, logistics and trade infrastructure and operations, says a new report from the Florida Chamber Foundation.

Unveiled at today’s Florida Transportation, Growth & Infrastructure Solution Summit, the report is the second such effort in 12 years to sharpen the state’s focus on its competitive advantage in trade. In addition to having strong linkages to Latin America, Florida is a natural entry and transfer point for domestic growth markets, the report noted: More than half of all U.S. growth through 2030 is anticipated to occur from Texas to Delaware.

Florida Chamber CEO and President Mark Wilson called the focus on manufacturing, logistics and trade “a rallying cry, not of an industry but for the future of Florida” and encouraged Floridians to think globally about the state’s economic future.

“Everyone wants to be a part of Florida’s growth,” Wilson told Thursday’s audience gathered in Jacksonville for the day-long summit noting that California gets more foreign direct investment in a month than Florida gets in a year. But as more people move to Florida, foreign investment in the state also grows.

“Let’s not just think southeast U.S., let’s think about who our foreign partners are and who wants to establish a foothold in the U.S.,” he said.

More than 1 million people were employed in trade, logistics and manufacturing jobs across 52,000 firms as of 2020, the report said. The sector produces more than $57 billion in GDP. Manufacturing jobs are coveted in Florida, paying 19 percent higher than the state’s average annual wage.

At the center of the economic activity is the state’s 15 deep water ports, 20 commercial airports, three spaceports and 21 foreign trade zones. Florida economic history is rooted in its strategic location near north/south and east/west trade lanes, which also bodes well for its future.

The original Florida Trade and Logistics Study in 2010, an effort by the Florida Chamber Foundation in partnership with the Florida Department of Transportation and other statewide organizations, projected domestic and international trade flows and identified strategies to help Florida compete in the global marketplace. The study concluded Florida had unique opportunities relating to the shift in U.S. growth to the Southeastern states, rapid growth in emerging markets, and widening of the Panama Canal, which allowed trade from Asia to reach eastern U.S. markets more easily.

In the newest efforts, Chamber researchers surveyed more than 260 Florida businesses and economic development organizations and analyzed Florida’s performance on key indicators during the past decade. While the state’s rapid growth and favorable tax structure fuels much of the optimism of Florida’s future in trade, respondents also said they were concerned with the increasing costs, housing affordability, and the ease of working with government agencies.

Florida’s rural areas, which are missing some of the natural economic benefits of growth that’s in the state’s urban regions, have a unique opportunity to link to manufacturing and trade. Wilson noted that Florida’s geography is unique in that its rural counties all are within one hour of a major metropolitan center.

The study includes a series of targets to keep Florida’s GDP on track to its 2030 goal of rising to the equivalent of the world’s 10th largest economy. The goals include creating 300,000 new jobs in trade, logistics and manufacturing; becoming a top 5 manufacturing state; and doubling rural counties share of the Florida’s GDP.

In a post-pandemic trade environment, Florida is primed to take a leading role as global supply chains adapt to new realities, the report said. Three out of four Florida businesses in the survey reported being impacted by the on-going global supply chain crisis.

As more U.S. firms look to move manufacturing closer to domestic markets, it creates opportunity for Florida, the report noted.

“A global pandemic and sharp economic cycle have whipsawed supply chains, with businesses shifting logistics strategies from “just-in-time” to “just-in-case” and rightsizing activities to bring more production near to or back to the United States,” the report said.

“The pandemic accelerated growth in e-commerce and reinforced consumer expectations for highly customized and highly time sensitive production and delivery of goods directly to home. Rapidly changing technologies including automation, connectivity, and electrification – what many call “Industry 4.0” – are reshaping how we make and move goods and enabling much more precise management of the entire supply chain on a real-time basis.”