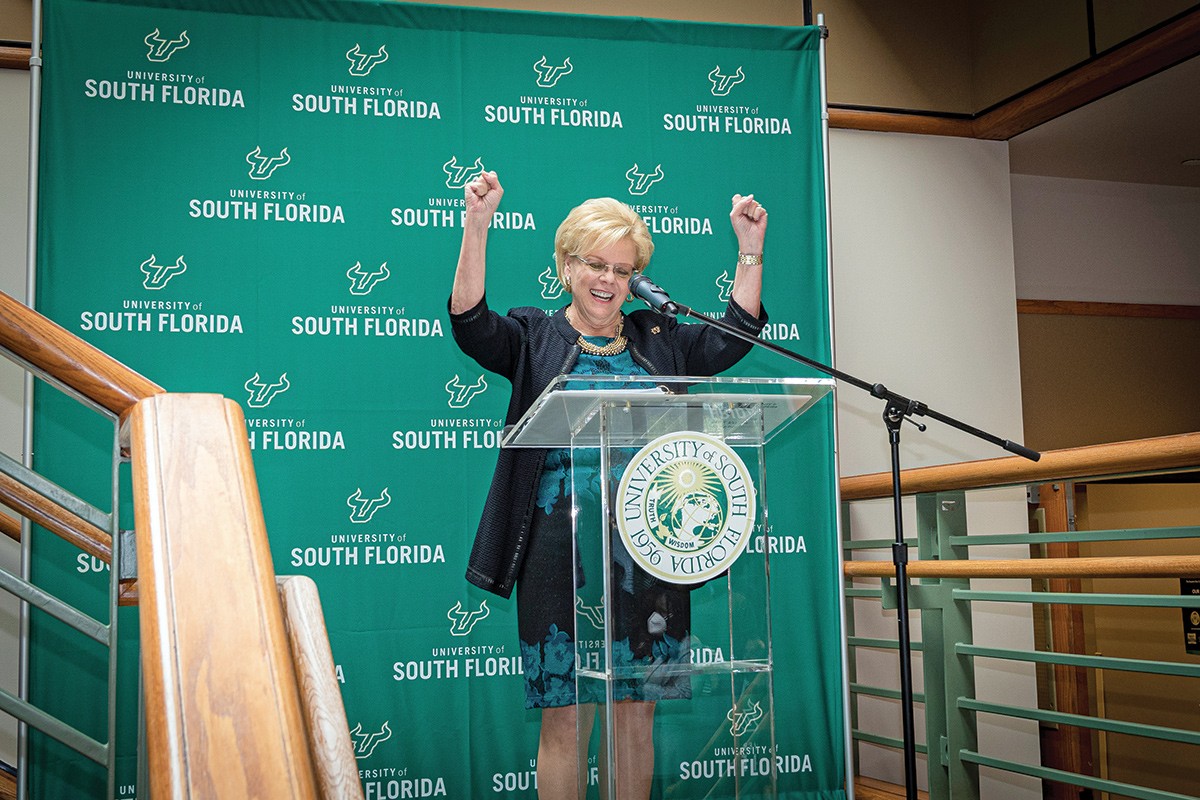 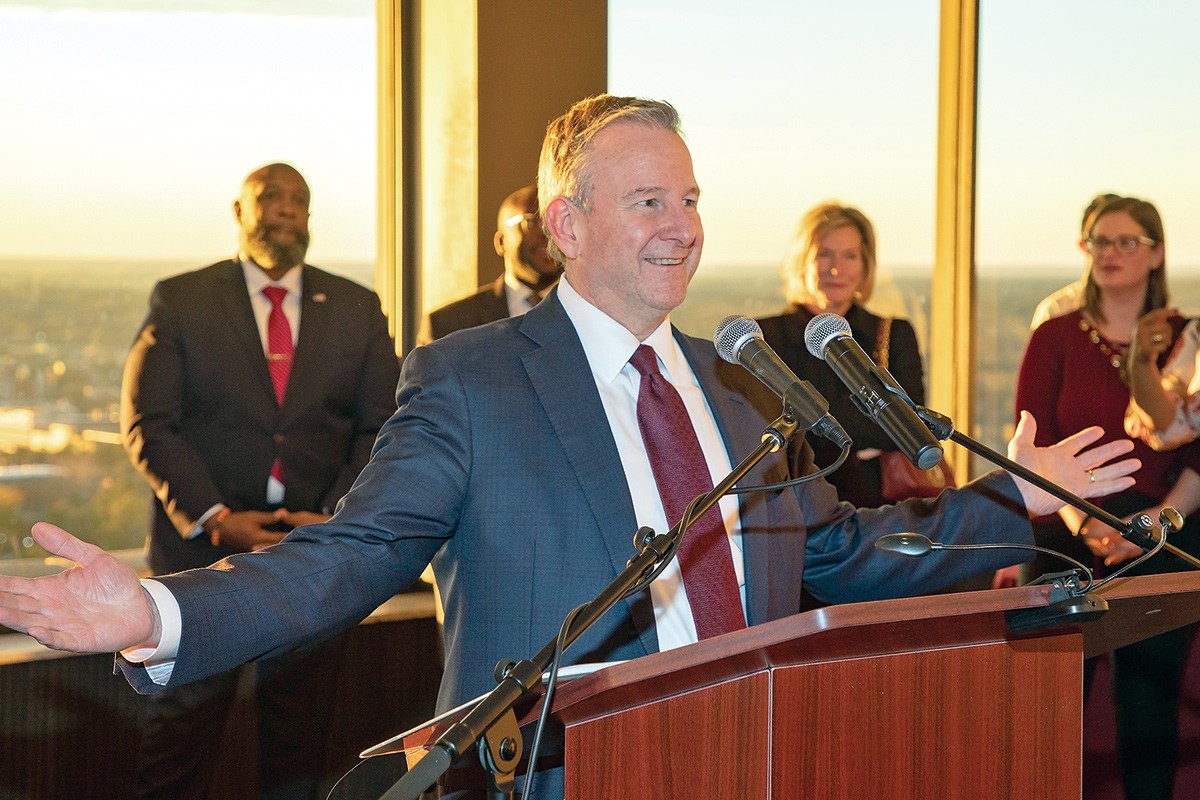 Richard McCullough is FSU's 16th president. McCullough previously work for nine years as vice provost for research and a professor of materials science at Harvard University. 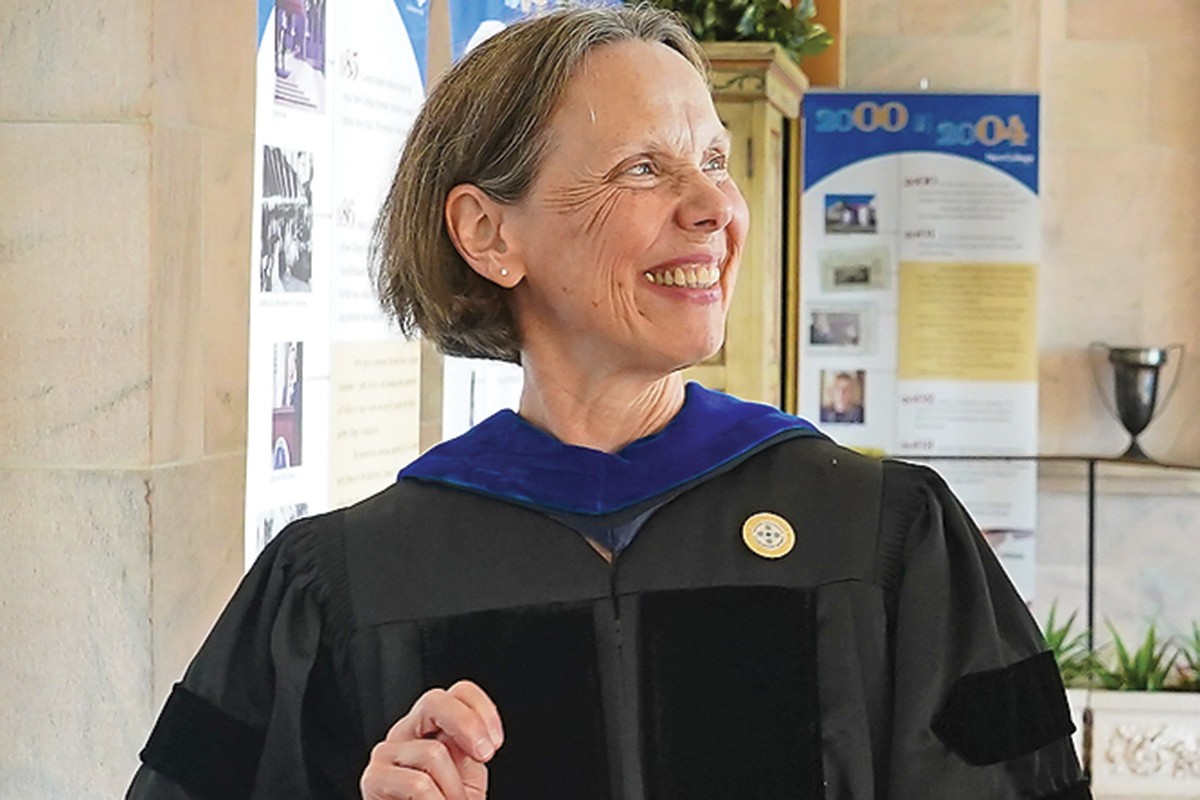 Patricia Okker was named president of New College of Florida and is the first woman in history to serve in the position. 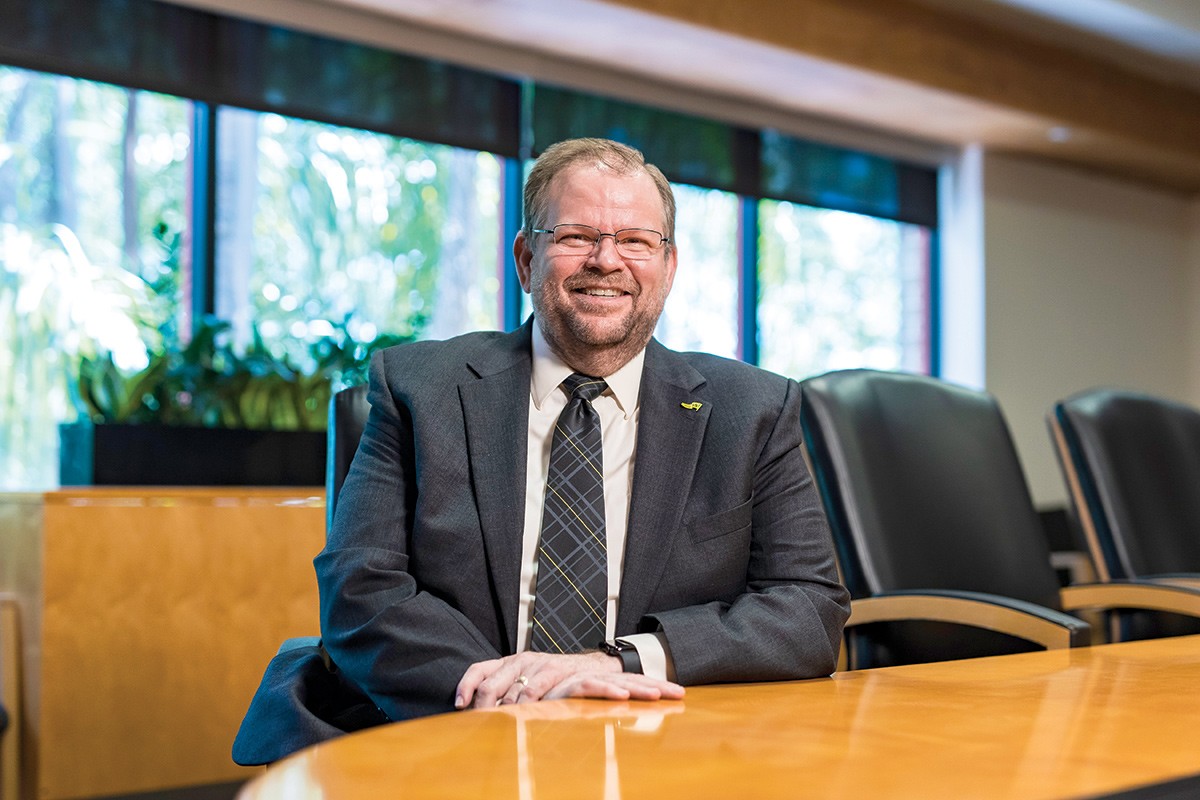 Alexander Cartwright took over the role of UCF's sixth president at the start of the pandemic in March 2020. He came to UCF from the University of Missouri where he served as chancellor.

When Will Weatherford, chair of USF’s board of trustees, asked Tampa Bay attorney Rhea Law to take the reins of USF as interim president last summer, he did so on one condition — that she wouldn’t apply for the permanent position. Three months later, he regretted that request, realizing that Law had an “uncanny ability” to lead the institution and a true passion for the job. Not long after, he urged her to apply for the permanent position. She topped the competition and was confirmed by the Florida Board of Governors as USF’s eighth president in March. Law is a fifth-generation Floridian and former CEO and chair of the Florida law firm Fowler White Boggs, which merged with Buchanan Ingersoll & Rooney in 2014. Law has deep ties to USF and the Tampa Bay community, having served on USF’s inaugural board of trustees and having led key economic development groups in the region, including the Tampa Hillsborough Economic Development Corp. and the Tampa Bay Partnership. Law earned her bachelor’s degree from USF in 1977 and received her law degree from Stetson University in 1979. Her goals for USF include breaking into the top 25 in the rankings of public universities by U.S. News & World Report (USF is currently 46) and gaining entry into the Association of American Universities, an invitation-only group of leading research institutions.

Richard McCullough is coming up on a full year in August at the helm of Florida State University. Prior to taking the job, he was vice provost for research and a professor of materials science at Harvard University, where he worked for nine years. Before that, he spent 22 years at Carnegie Mellon University, where he rose from assistant professor to vice president for research. McCullough, FSU’s 16th president, succeeded John Thrasher, 78, who held the post since 2014. Thrasher, a former state lawmaker and attorney, has returned to the Southern Group. At McCullough’s official investiture ceremony in February, he talked about growing up poor in Texas and very nearly dropping out of community college. He stuck with it and went on to earn a bachelor’s degree in chemistry from the University of Texas/Dallas and a master’s and doctorate in chemistry from Johns Hopkins University. “College was my only way out,” he told the crowd. “Without the affordable education provided to me by the public higher education system of the state of Texas, I would not have been able to attend college and would not be standing in front of you today.”

Last July, Patricia Okker was named president of New College of Florida, the first woman in the school’s history to serve in the position. She succeeded Donal O’Shea, who retired after nine years. Okker, a New Jersey native with three degrees in English language and literature, previously spent 31 years at the University of Missouri, beginning as a faculty member in the English department and moving up to a variety of leadership roles, including four years as dean of the University of Missouri’s College of Arts and Sciences. Okker also is a competitive athlete who has set world records in powerlifting and ran the Boston Marathon nine times.

Among her top priorities will be growing New College’s enrollment. The school had 633 undergrads and 27 graduate students as of fall 2021 and has been under pressure from state lawmakers for several years to increase its headcount. The school’s board of trustees updated its goals to include increasing enrollment to 750 students by 2025- 26 and raising four-year graduation rates from 56% to 67% for the 2022-2026 student cohort. Okker has made it clear she will not sacrifice the small school’s unique mission. “Our purpose is not to produce the largest number of graduates, but rather to nurture those innovators with the biggest impact. To achieve that kind of innovation, we remain committed to a different level of learning. We understand the conditions that make deep learning possible,” she said during her inauguration in February.

Alexander Cartwright was selected as UCF’s sixth president in March 2020, just as the pandemic was shutting down the state and interrupting the customary process of new university presidents introducing themselves around Florida. But Cartwright has made up for lost time since with an agenda that emphasizes the institution’s ambitions in research, rankings and on advancing the regional and state talent pipeline.

An internationally recognized researcher and scholar in the area of optical sensors, Cartwright came to UCF from the University of Missouri, where he served as chancellor. A native of the Bahamas who started at a community college before going on to the University of Iowa — working on a hog farm to put himself through school — Cartwright pursued engineering when one of his bosses suggested it, noting Cartwright was good at working with his hands. That background gives Cartwright a natural perspective in leading an institution where about one-quarter of its graduates are the first in their families to go to college.

Cartwright’s efforts received a major boost in April, when the university announced a partnership with the Helios Foundation to launch the UCF Downtown Scholars Initiative to create new pathways to UCF for economically disadvantaged students from targeted high schools. The $3.25-million initiative will provide coaches who will work one-on-one with students in a summer bridge program that will ease the transition to college with the goal of increasing the first-year retention rate. The initiative follows 2021’s history-making gift of $40 million from philanthropists MacKenzie Scott and Dan Jewett to support social mobility by increasing the university’s academic services and graduation rate.