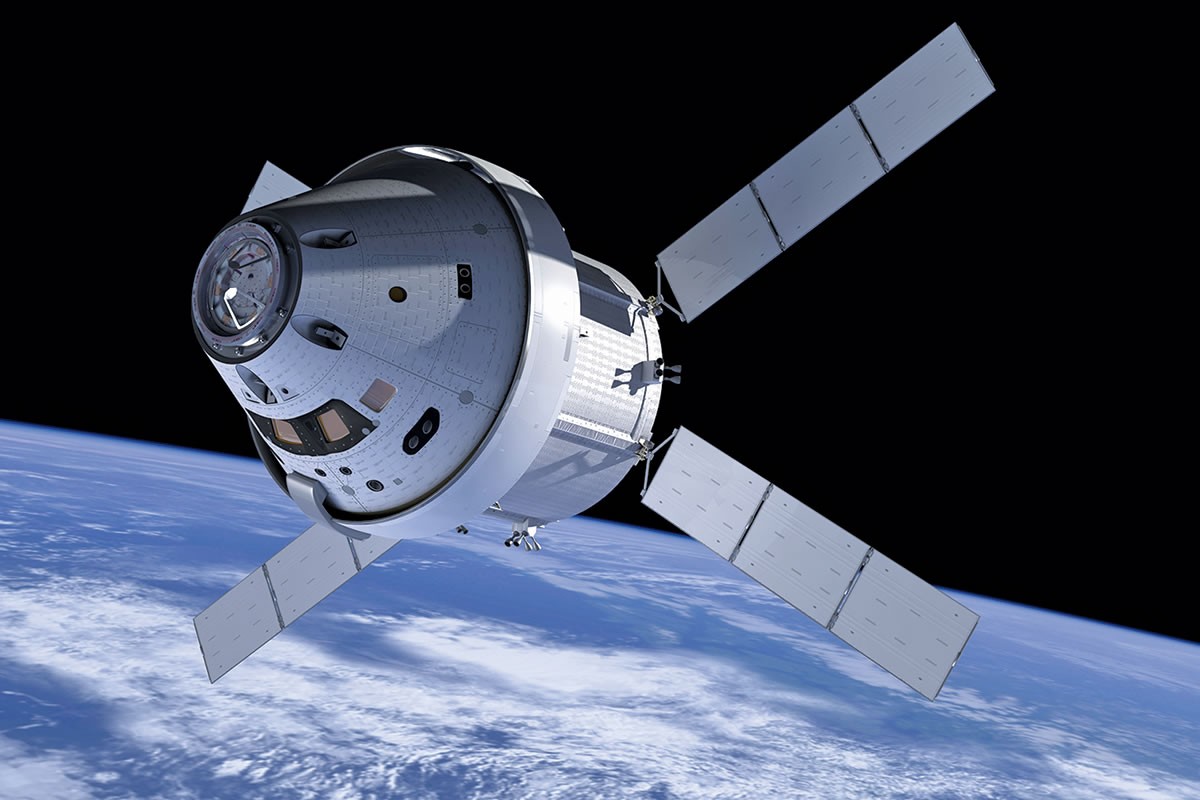 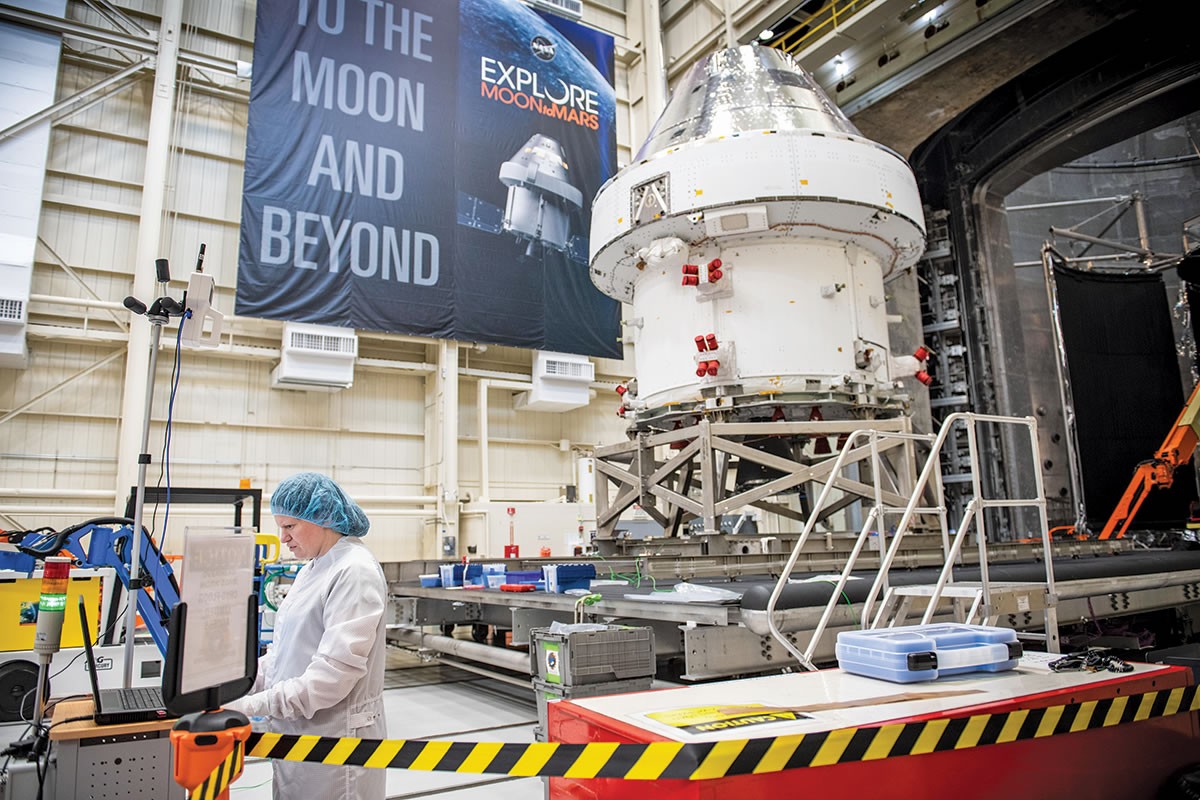 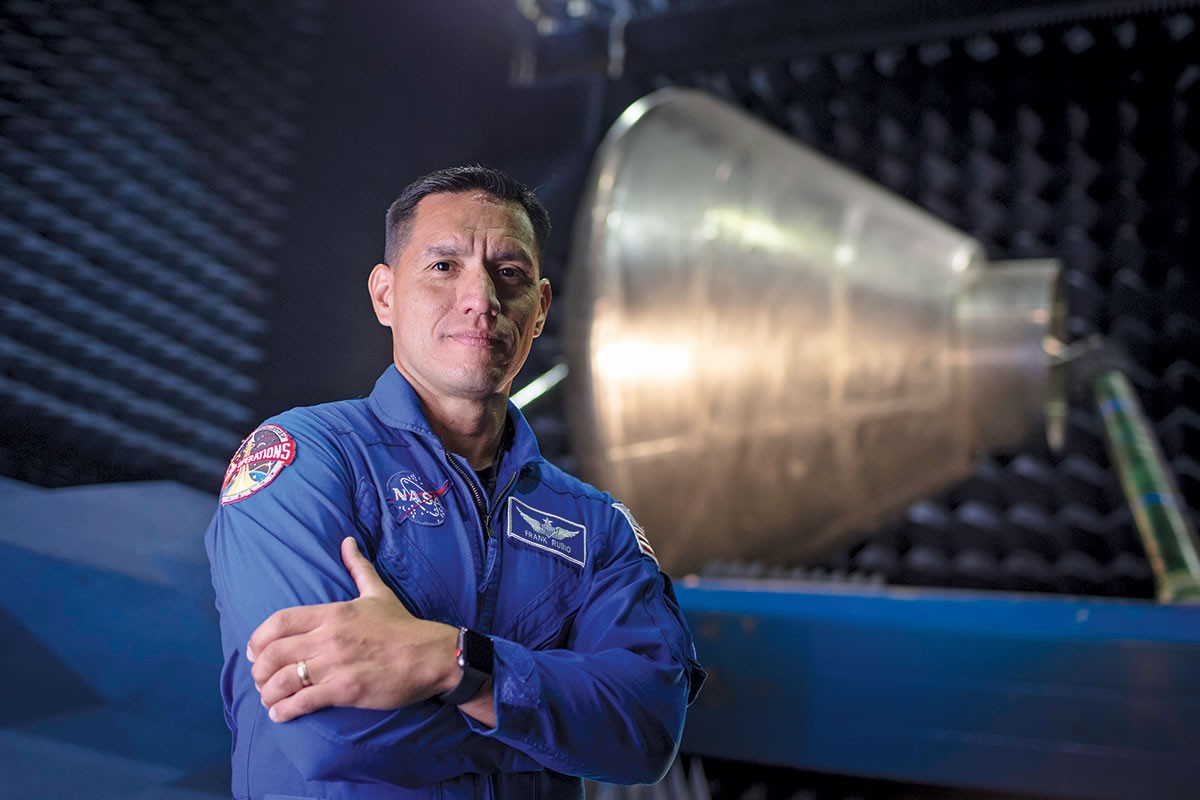 Modern Moonwalkers: Frank Rubio of Miami is one of the Artemis astronaut team.

A New Mission Boosts the Economy

At least 130 Florida companies and an array of university researchers across the state have a role in Artemis.

When President Barack Obama canceled NASA’s Constellation moon program in 2010, it was a gut punch to many working at Kennedy Space Center.

The crewed spaceflight program, initiated by George W. Bush and developed from 2005-09, was supposed to be the successor to the space shuttle program, and its cancellation was a “defining moment,” says Thomas Engler, director of Center Planning and Development at Kennedy Space Center. “We knew we were going to have some excess capacity, but having that shock of holy cow, we don’t have a program of record for this center. What were we going do?” Engler recalls thinking.

The only answer, he says, was diversification — and KSC went full throttle with its effort to transform from a NASA launch center into a “multi-user spaceport.”

The initiative struggled during the first couple of years, Engler says, but hit a milestone in 2012, when KSC launched its first major commercial partnership with Boeing to use a former space shuttle hangar, known as the Orbiter Processing Facility Bay 3, to manufacture, assemble and test its CST-100 Starliner, a spacecraft that will be used to transport crew to the International Space Station.

A decade later, four commercial human spaceflight companies — Lockheed Martin, Boeing, SpaceX and Blue Origin — have set up operations at Kennedy Space Center, and Space Florida, the state’s aerospace economic development organization, is courting others to join them. “It could very well be that by 2025 we have a fifth company here,” says Engler. Dozens of other companies across the Sunshine State, meanwhile, are contributing components and systems to support to the Artemis program.

Daniel Britt, a physics professor and space researcher at the University of Central Florida, says the commercial sector has transformed not only KSC, but the scope of what’s possible with space exploration. 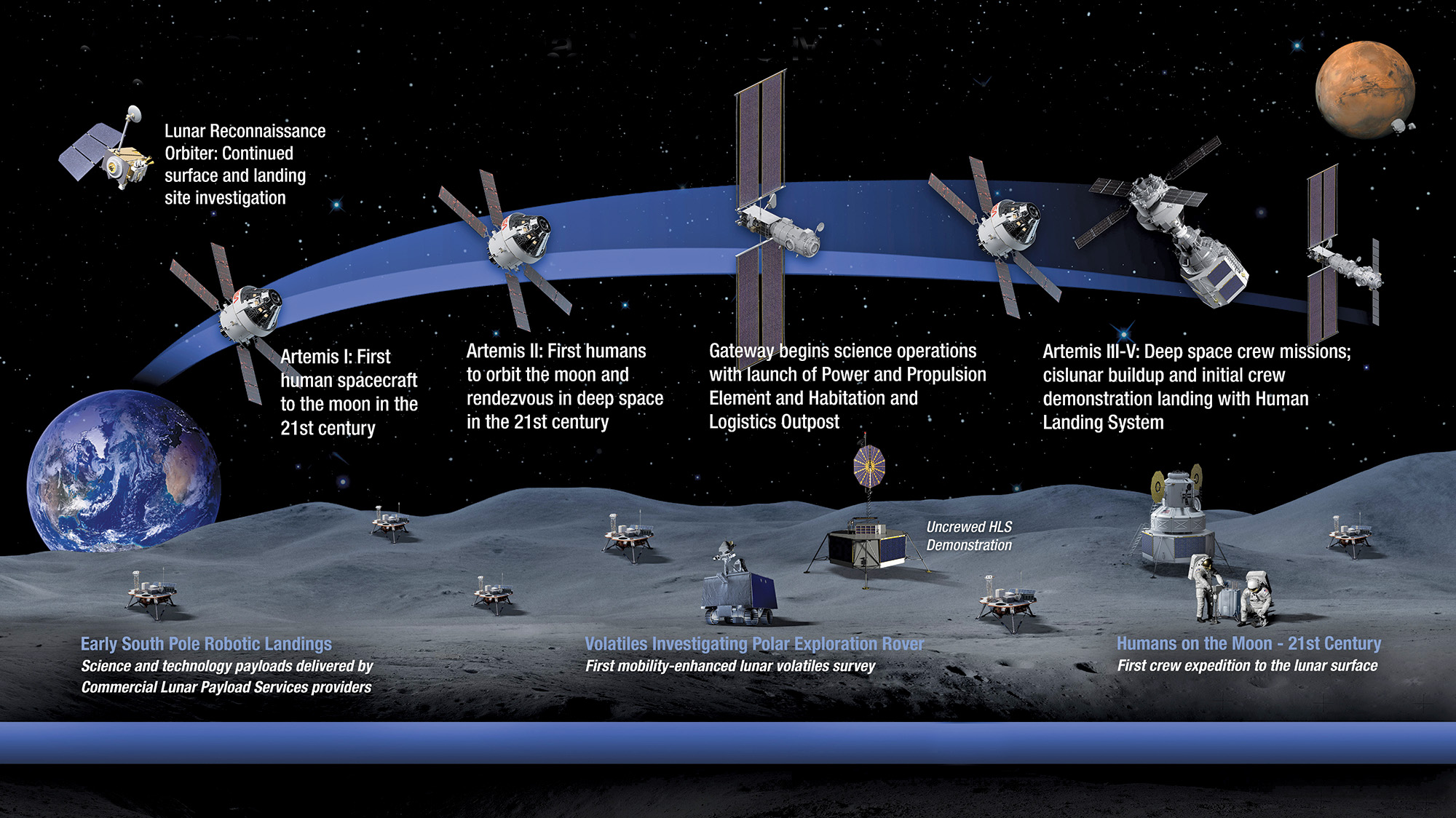 Before SpaceX came along, Britt says, the U.S. government would pay about $300 million for a launch that costs about $50 million today from SpaceX. “From an economic point of view, that is key; it’s a factor of six less, and that’s really been the evolution in SpaceX,” Britt says. “Before SpaceX, you were lucky to have one launch a month from United Launch Alliance. Now you’re getting up to three a week from SpaceX, so that’s a huge difference. From the economics point of view, it reduces the costs and risks of a range of activities, so it becomes possible to do all sorts of things that you didn’t think would be viable because essentially the overhead cost of getting into space is so high.”

Dale Ketcham, vice president of government and external relations of Space Florida, says the new paradigm of NASA leaning heavily on private companies is good for the space race (as well as Florida) because the commercial sector is in it for the long haul.

“Whether Artemis is successful or not, most of this other stuff is going to keep on going anyway because of a company like SpaceX. SpaceX is building a lunar lander anyway because they want to go to the moon and Mars. A lot of these companies are going to be doing what they are doing anyway, whether the government’s a customer or not,” Ketcham says. 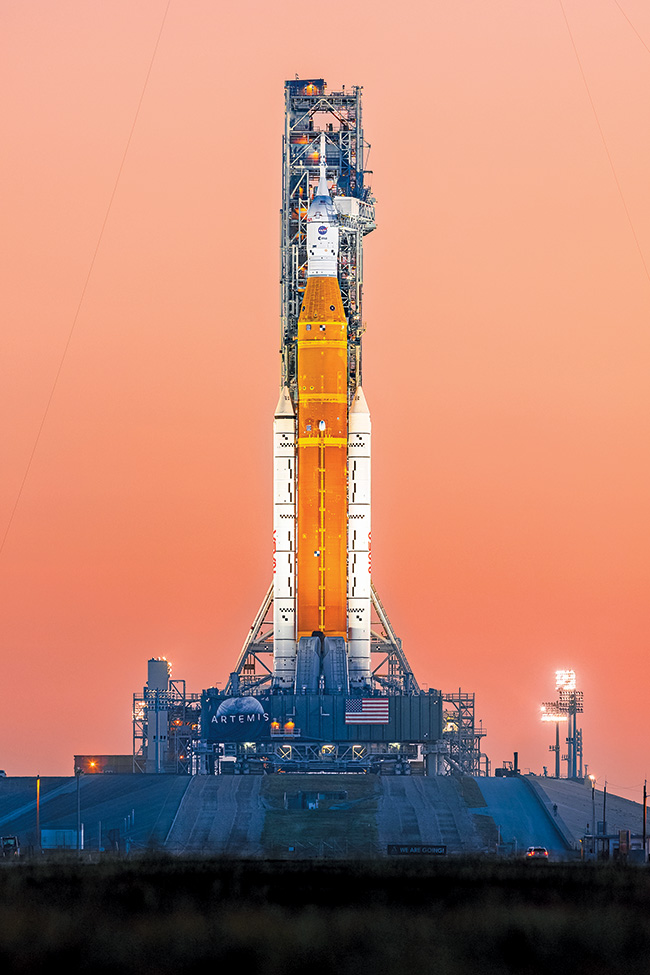 Artemis I: NASA has identified launch windows on Aug. 29, Sept. 2 or Sept. 5 for an uncrewed mission. Artemis I will be the first integrated flight test of NASA’s deep space exploration system: The Orion spacecraft, Space Launch System rocket and the ground systems at Kennedy Space Center in Cape Canaveral. The Orion spacecraft will launch on the most powerful rocket in the world and travel thousands of miles beyond the moon, farther than any spacecraft built for humans has ever flown. NASA estimates the mission will last 26 to 42 days.

Artemis II: The first scheduled crewed mission of NASA’s Orion spacecraft is scheduled for around mid-2024. It will perform a lunar flyby test and return to Earth. The 10- day mission will be the first crewed spacecraft to travel beyond low Earth orbit since Apollo 17 in 1972.

Artemis III: A crew is scheduled to land at the moon’s south polar region in 2025 or 2026. Astronauts will spend about a week performing experiments. As many as four astronauts will participate in the mission onboard the Orion, but only two will be carried by the Human Landing System to the moon while the other two will remain on the Gateway/Orion orbital complex.

Returning to the moon will take longer and cost more than initially planned.

There is the excitement and drama of space exploration, and then there is the reality of the enormous expense. NASA’s Office of the Inspector General has repeatedly waved the yellow caution flag on Artemis. Earlier this year, Inspector General Paul Martin warned Congress of the bumpy ride ahead.

“We estimate NASA will spend $53 billion on the Artemis program between fiscal years 2021 and 2025. The effort will require close coordination between NASA and its commercial and international partners to support multiple exploration systems, conduct research and technology demonstrations to return humans to the moon and prepare for an eventual crewed mission to Mars. Over the past six years, the agency has increasingly relied on public-private partnerships and alternative acquisition approaches to further its deep space exploration and Artemis ambitions. While these non-traditional efforts have made significant progress in several areas, including commercial crew and cargo transportation to the ISS, these projects face multiple technical, financial and programmatic challenges.”

“Two-thirds of the suppliers for the rocket itself come from small businesses. It’s about 800 supplier companies across 53 states [and territories]. And our most recent data from the Small Business Administration shows that NASA provides about $2.8 billion a year directly to small businesses.”

Women and people of color made essential contributions to the original moon missions, but it wasn’t until decades later that their work was acknowledged. Now, NASA has pledged women and minorities will be hidden figures no more, vowing the Artemis project will deliver both the first woman and the first person of color to the moon. In 2020, the space agency announced 18 astronauts for the Artemis team. Nine are women. Frank Rubio of Miami (pictured), the son of a teenage mother who immigrated from El Salvador to the United States, is one of the Artemis astronaut team.

Rubio is a graduate of Miami Sunset Senior High School and the U.S. Military Academy at West Point. He served as a Blackhawk helicopter pilot flying combat missions in Iraq and Afghanistan before attending medical school and becoming a family physician and flight surgeon. He is schedule to travel to the International Space Station this month.

Since being named to the Artemis team, the astronauts have worked with commercial partners in developing the human landing systems and other aspects of the mission. “There is a sense of pride and unity that comes with accomplishing incredibly hard things,” Rubio says in a NASA profile. “Right now, as a nation and as a world, we need that.”