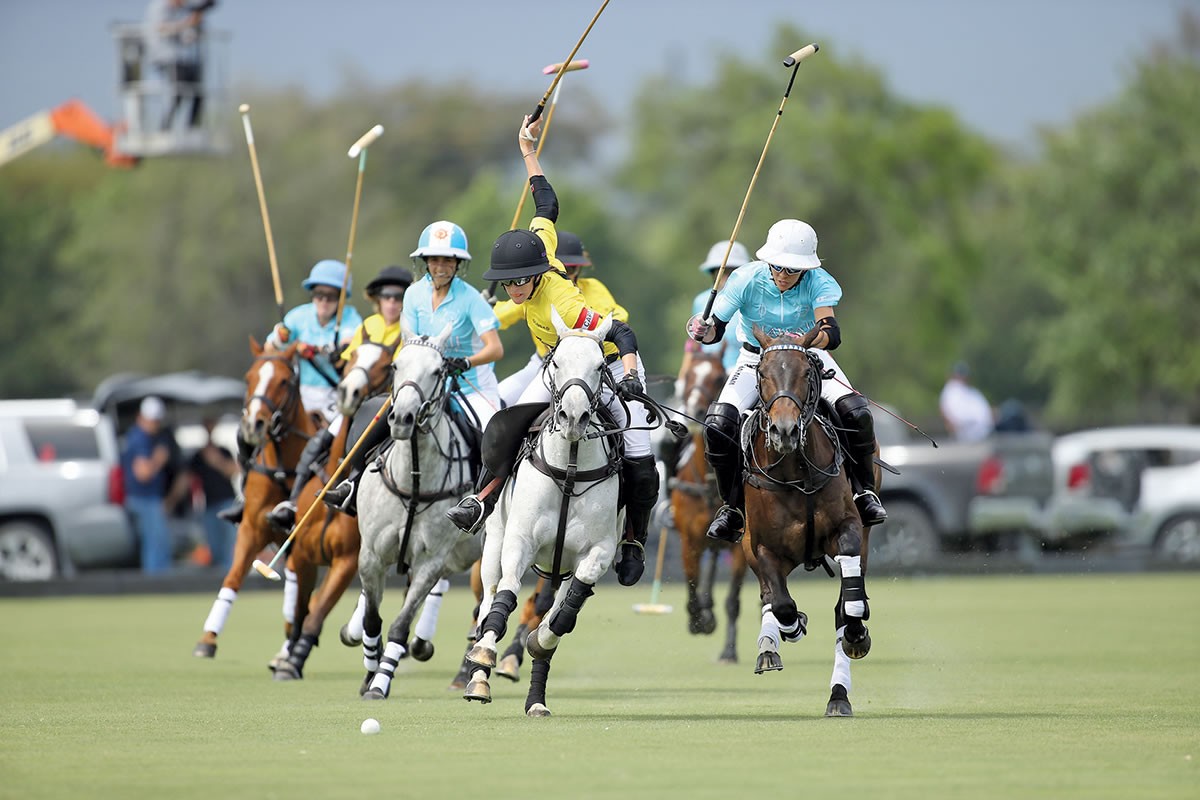 The brand had the good fortune of advertising its fall 2020 collection during the season finale of the hit TV saga Yellowstone, which turned out to be the year's most-watched cable telecast, outside of news and sports. 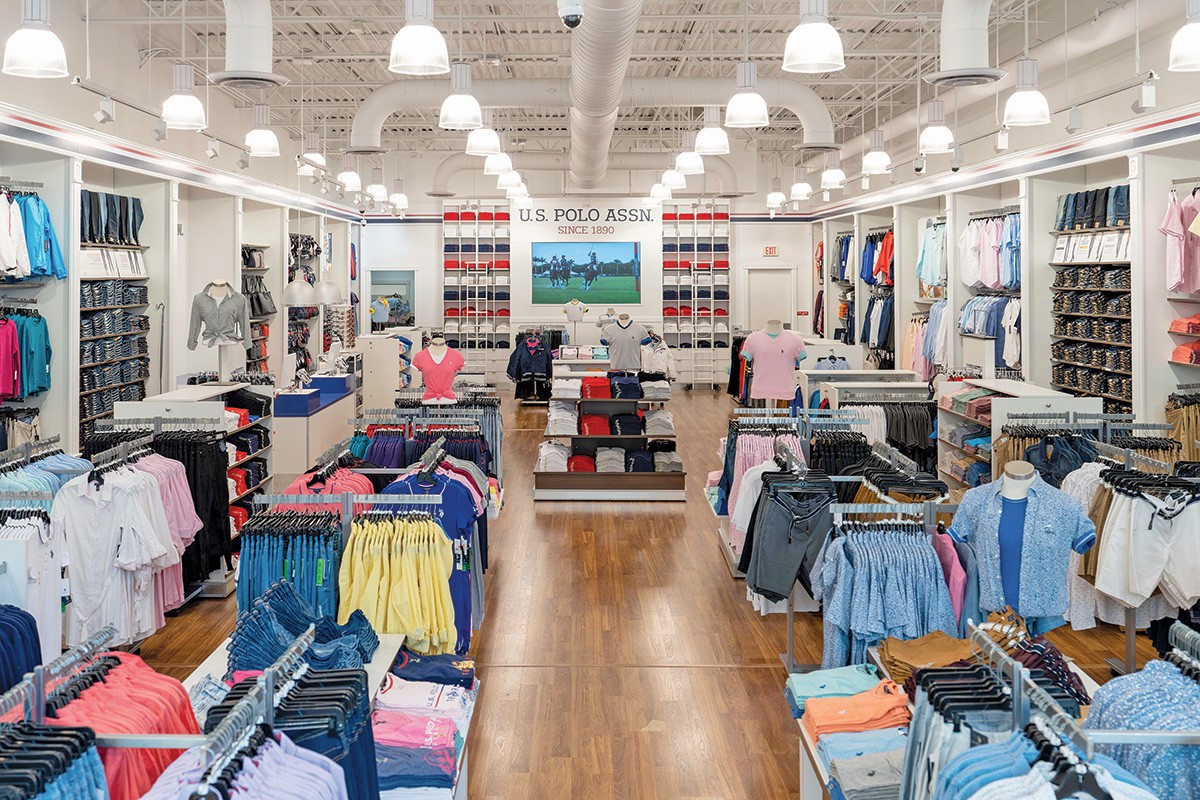 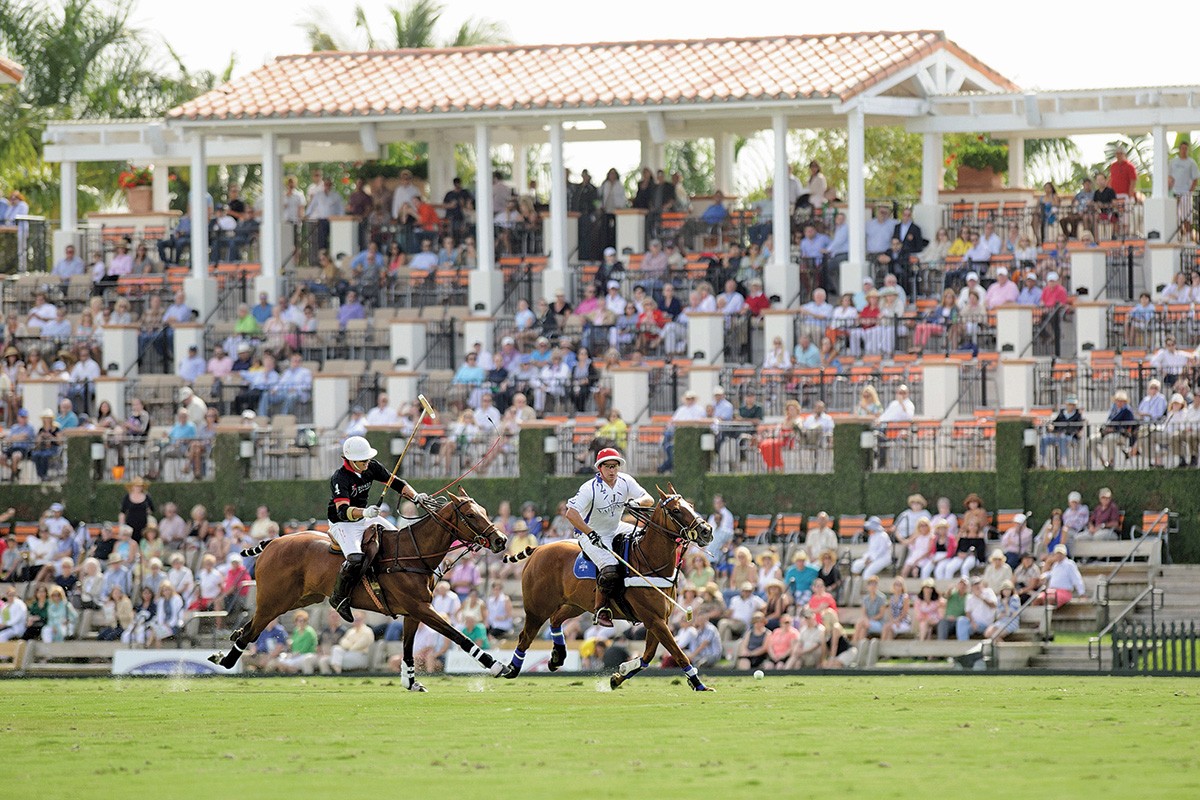 Polo season in the U.S. runs January through April. Formerly known as the International Polos Center, the United States Polo Association purchased 161 acres of the property in June 2022 and renamed it the USPA National Polo Center in Wellington. 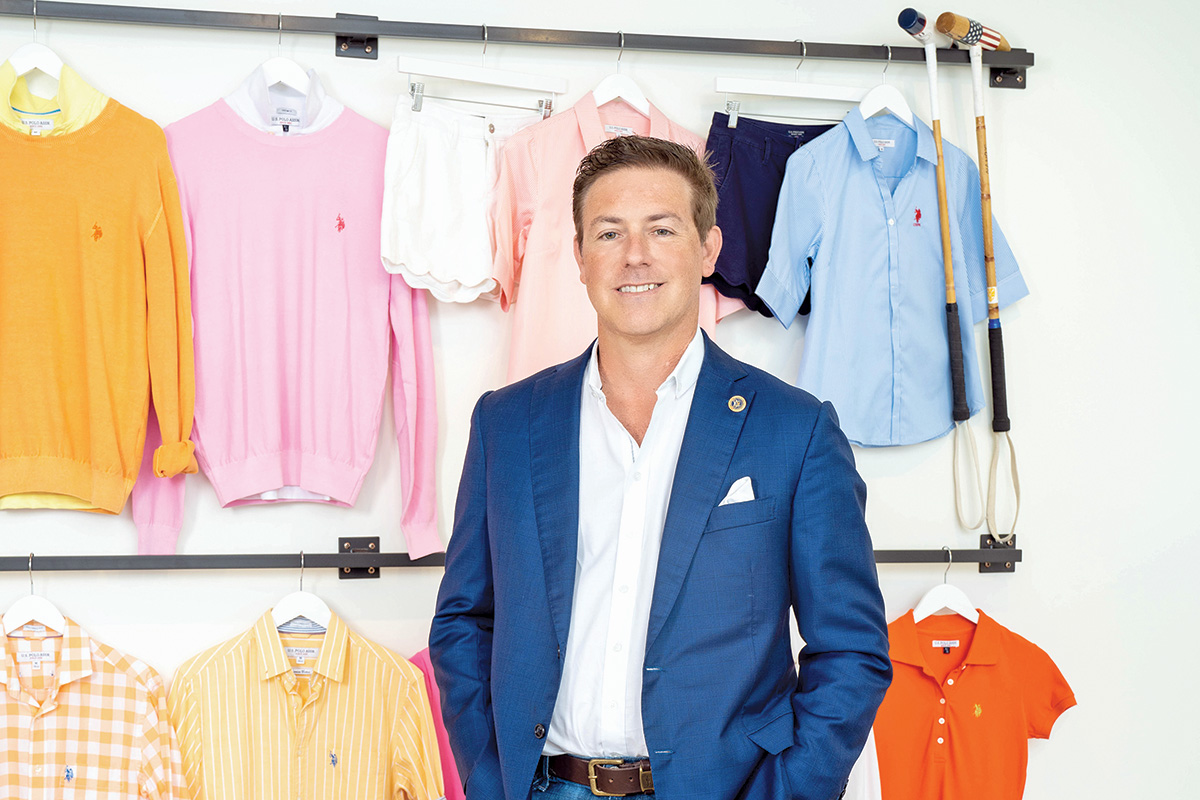 J. Michael Prince is a veteran executive of iconic global brands such as Cole Haan, Converse and Guess.

U.S. Polo Assn. has become a brand worth billions of dollars and is fueling the sport's expansion from its South Florida base.

On a steamy summer morning in Palm Beach County, puffy white clouds float in from the Atlantic Ocean, set against a brilliant South Florida sky. They hover above newly manicured grass on a seemingly endless stretch of land — befitting the multi-billion-dollar global business that unfolds on this super-sized field of dreams.

Spanning nine football fields, the grounds house a sport with roots extending to 600 B.C. and are part of an enormous yet largely unknown enterprise in South Florida. This is the heart of U.S. polo.

The scoreboard in the distance tells a key part of this story, bearing the words “U.S. Polo Assn. Field.” U.S. Polo Assn. — officially known by that abbreviation — is the fashion brand of the United States Polo Association (USPA), the governing body of the sport in America since Benjamin Harrison’s presidency in 1890.

In this relationship, unlike any other spectator-driven pastime, the fashion brand powers the sport.

The Sport vs. the Brand: United States Polo Association is the governing body of the sport. The merchandise brand is officially known as U.S. Polo Assn.

The Sport vs. Ralph Lauren: The brand is unaffiliated with Polo Ralph Lauren. The sport’s brand has a bright color palette and classic styles sporting a double horseman logo.

Though the scene is serene and mostly vacant on a summer day in Wellington, it will not be that way later this month when the finals of the XII Federation of International Polo (FIP) World Polo Championships will be held Oct. 29 through Nov. 6. It marks only the second time the global championships have been held in the United States in the tournament’s 35 years, rather than traditional locales in England and Argentina.

Founded in 1981 and managed by USPA Global Licensing, the sport’s retail business hit $1.8 billion globally last year, a record for sales of the brand’s apparel, accessories, home and travel gear and other merchandise.

The sport’s governing body is now focused on making the game more accessible and recently signed a deal with ESPN.

The sports cable giant will televise the finals of the top seven U.S. and World Polo Championship events this year — including the FIP World Polo opening event and the three-event Gauntlet of Polo — highlighting not just the competition but human-interest stories aimed at softening its image as a sport of the upper-crust and making it more appealing to the masses.

“I don’t think we were that well known five years ago when I got here — even in our home area of West Palm Beach,” says J. Michael Prince, president and CEO of USPA Global Licensing, and a former CFO at Converse, a division of Nike. “So when I looked at this opportunity, I saw a brand that was kind of misunderstood. Nobody really knew what it was, where it was or what it did. But I saw a beautiful story of this sport-inspired brand.”

Sitting in his West Palm Beach headquarters, some 15 miles from the field, Prince talks of also seeing an opportunity for polo to reimagine itself. “You’ve got this sport that’s always been viewed one way,” he says, “but what we’re trying to do is share with the world that there is much more to it than people know.”

Under Prince’s guidance, U.S. Polo Assn. merchandise is now sold in 194 countries (up from about 150 when Prince became CEO in 2018) with roughly 1,200 stores worldwide. Prince joined the organization as COO in 2017 and was named CEO less than a year later.

The sport’s licensing arm now ranks fifth in global sports licensing behind the National Football League, the NFL Players Association, Major League Baseball and the National Basketball Association. Those numbers, according to License Global magazine, also place U.S. Polo Assn. as the 28th-largest global licensor amid the top 150 retail brands of any kind in the world — jumping 10 spots in the past year. It ranks as the No. 2 casual sports brand in India, behind Levi’s as the largest men’s brand in the country.

While the pandemic forced the company to shutter all of the global retail locations for months, rather than pull back, Prince’s strategy was to play offense.

“We invested in the brand,” he says. “Even though we didn’t have the foot traffic, we increased our social media, put up more billboards and projected a message of positivity. I think that helped create a sense of confidence in the business and the brand. And as the pandemic subsided, everyone believed in this company — all the licensing partners around the world. We wound up with better store locations and launched 40 new websites globally in 18 different languages.”

The growth has coincided with the recent United States Polo Association purchase of the International Polo Club, which it hopes will create a destination for the sport. “We realized that this was an opportunity for the next hundred years of the sport,” Prince says, “and we now have our Yankee Stadium, our Fenway Park and our Churchill Downs.”

Against this backdrop of steady expansion and increased visibility, Prince has worked to highlight socially progressive aspects of the brand and the sport that embrace diversity, equity and inclusion — for example, that polo is the one sport where men and women can play on the same teams and where women represent about 50% of all players at the club level.

U.S. Polo Assn. also sponsors the Lexus International Gay Polo Tournament, supporting the LGBTQ+ community. Some polo clubs across the country have held summer camps for children from disadvantaged backgrounds, teaching them to care for horses and learn about the sport. In addition, the U.S. Polo Assn. Collegiate Partnership program includes 48 men’s and women’s teams across 28 institutions of higher learning — providing gear and apparel and a financial donation to each college or university — to expand the pool of future players. And the demand for horses in the sport had given new leases on life to thoroughbred racehorses who failed to make the cut or retired from racing but still have plenty of pep.

The association also supports an array of charities, such as a partnership with 4Ocean, with a goal of pulling 60,000 pounds of trash from the ocean, or writing checks to polo- and equine-based charities chosen by the players who reach the finals of a tournament.

“When a county like ours is home to a company like (USPA Global Licensing) with its international brand recognition, that opens the door to our own development,” she says. (USPAGL) has made a huge contribution to our community. And the sport itself has grown so much. It has attracted executives who come in just to see a polo match, which is an experience in itself. And then they turn around and say, ‘I really like this area. Maybe I’ll explore moving my business here.’ Some people may look at polo as just the sport, but it’s so much more.”

The History: The sport’s origins date back 2,500-plus years. with nomadic warriors in Persia believed to have taken up playing as a way to train for battle. The sport was last played in the 1936 Olympics and hasn’t been included since then because not all countries have polo fields and because of the expense of organizing the sport.

Accolades: Last year, U.S. Polo Assn. was awarded the Retail and Leisure International Global Retailer of the Year Award, as well as a place in Digital Commerce 360, the industry’s trade publication, which recently included U.S. Polo Assn.’s e-commerce business as a Top 500 Retailer for the first time ever.

Half-Time Stomp: Spectators are invited to come onto the field at half time to stomp down the turf churned up by horses’ hoofs. Champagne and ice cream are handed out to add to the festive atmosphere before play resumes.

Gender Parity: Women in polo represent about 50% of all U.S. club players; some 70% are female riders at the collegiate level. “Women and men play on the same field as equals,” says USPAGL President and CEO J. Michael Prince. “And we’ve had women win the U.S. Open, which is the most prestigious polo tournament in North America.”

Playing the Game: Polo teams consist of four players. Each typically brings eight horses to a match, to allow the polo ponies a chance to rest amid the action. Two rules are of vital importance: Staying in one’s lane (line of the ball) and making sure not to cross over illegally (right of way). A match consists of six periods (chukkers) that last 7½ minutes each.

The Championship: Similar to soccer’s World Cup, the FIP World Polo Championship features eight teams from a field of 25 representing different countries. The event has not been held since 2017 and will air on ESPN for the first time.