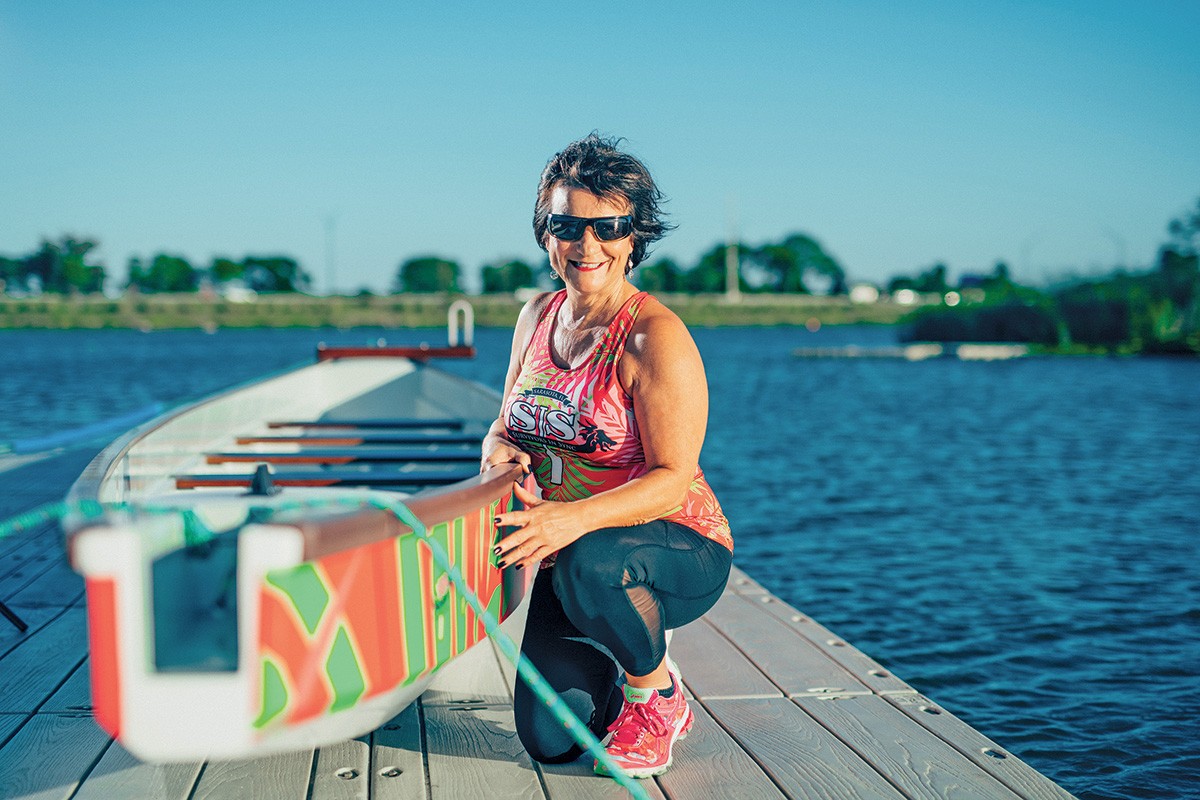 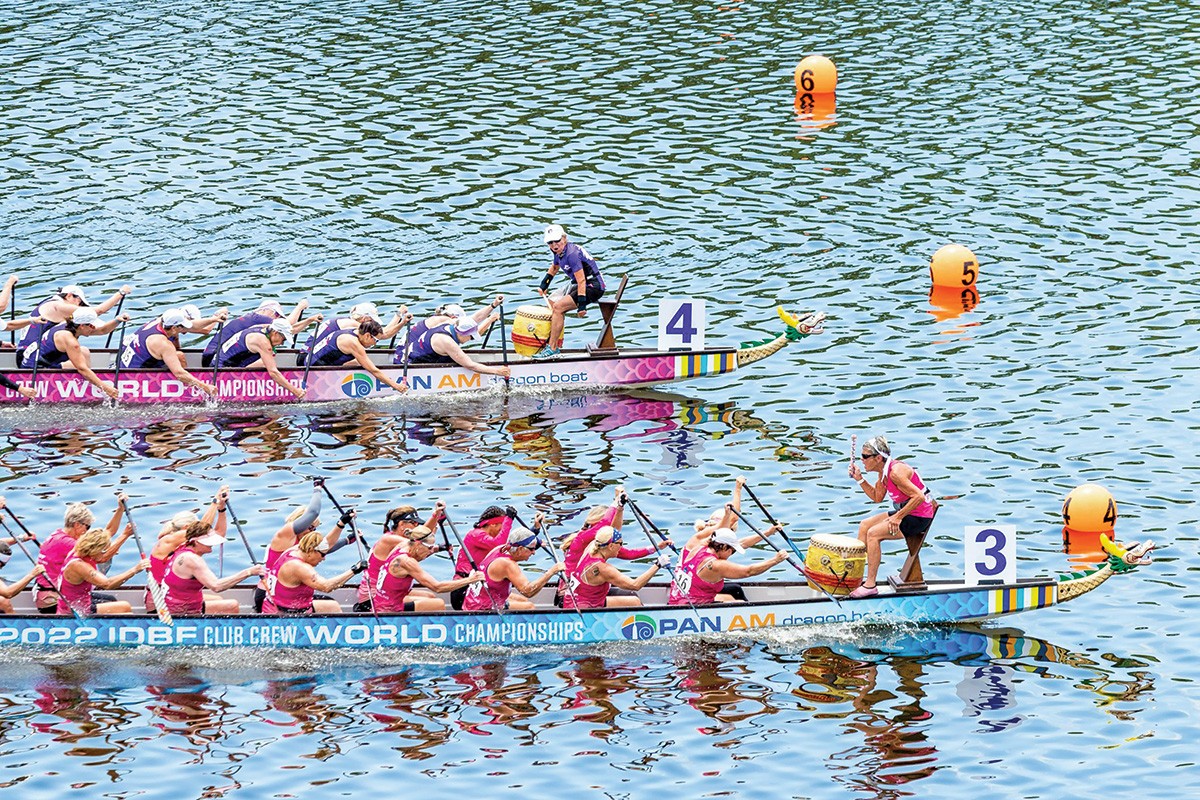 Jacqueline Mori was 43 in 2005 when she was diagnosed with breast cancer.

“I found out during a routine mammogram at the Sarasota Memorial Breast Health Center and was told the cancer was very aggressive and that I would have to have chemotherapy and radiation,” Mori says. “I first had a lumpectomy, followed by chemo and then radiation. Losing my hair was very traumatic for me. I had gone to one support group during my treatment and realized that was not for me.”

It would be another eight years before Mori realized that, perhaps, joining a support group wasn’t such a bad idea, after all.

“I happened upon the 2014 International Breast Cancer Dragon Boat Festival being held at Nathan Benderson Park in Sarasota,” she says. “I had no idea what dragon boating was and why all these breast cancer survivors from around the world were doing it and loving it. I stayed at the festival the entire day, stalking the local team. The following month, I went to a practice and was bit by the dragon!”

Since then, Mori has been an integral part of Southwest Florida’s Survivors in Sync dragon boat racing team, which includes 54 breast cancer survivors and other athletes who practice on the water three times a week — Monday and Wednesday evenings and Saturday mornings — at Nathan Benderson Park.

The team won gold medals in the 200-meter and 500-meter races at the 2022 Club Crew World Championship held at the Benderson course and also won a silver medal in the 2,000-meter race. The team competed at the 2018 International Breast Cancer Dragon Boat Festival in Italy and placed fourth in the world. Next year, Survivors in Sync plans to compete in New Zealand.

The experience has helped Mori both mentally and physically.

Because it involves extensive use of the upper body, “dragon boating for breast cancer was once thought as not a good idea,” she says. But Dr. Don McKenzie, a sports medicine physician in Canada, thought otherwise.

“The sport grew big in Canada for breast cancer patients. In June 1996, the first breast cancer survivor dragon boat team entered a competition. Survivors in Sync started out as a fun activity to get together with other survivors," Mori says. "When you are on the water, you forget about breast cancer and anything else that is troubling. It is exhilarating to move the boat all in sync and cross over the finish line — hopefully first.” — By Art Levy