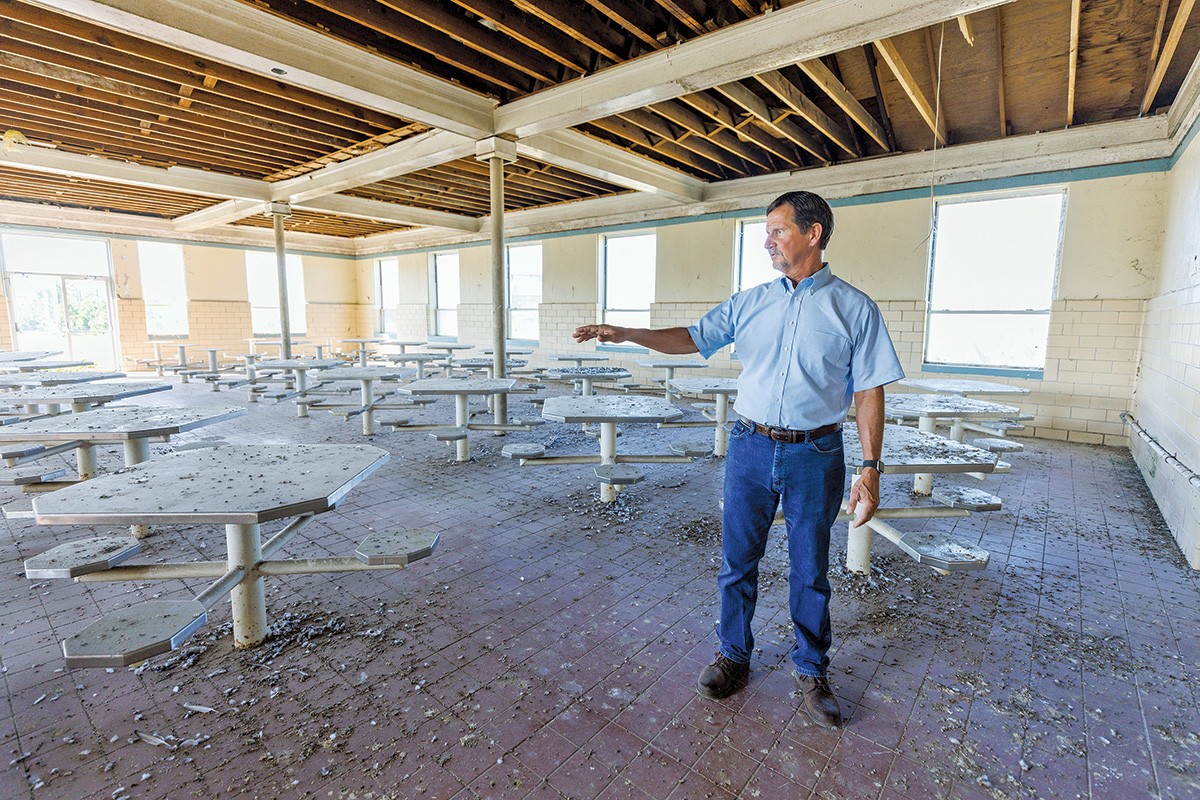 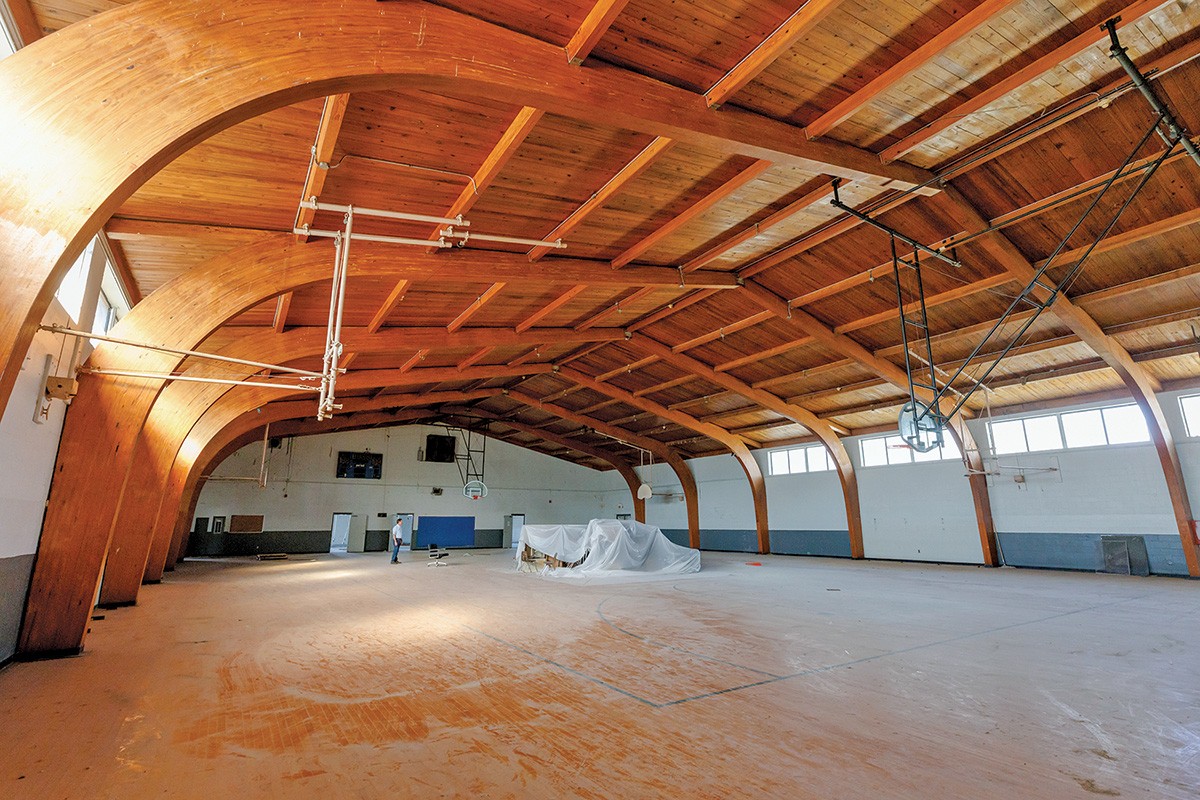 Plans call for a former Dozier gym to become a civic center that would also serve as an emergency shelter. 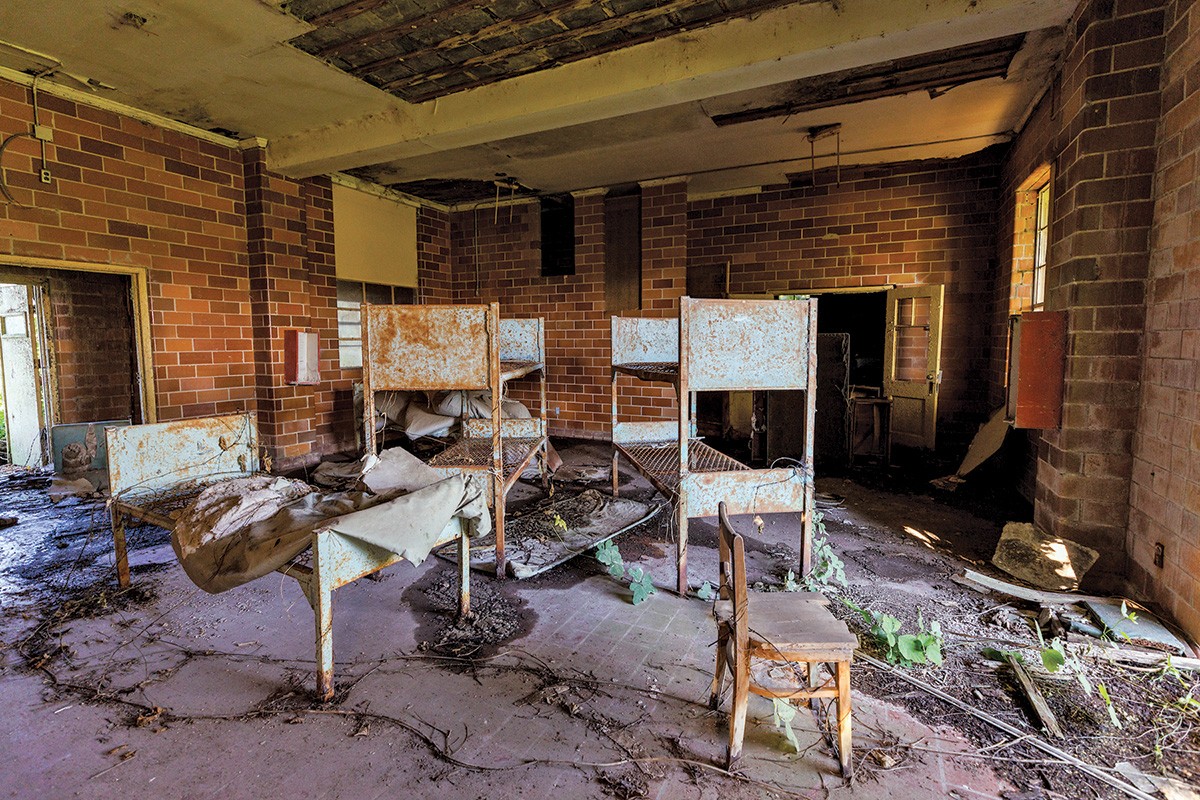 An abandoned dormitory for imprisoned youths at the former Dozier School for Boys. 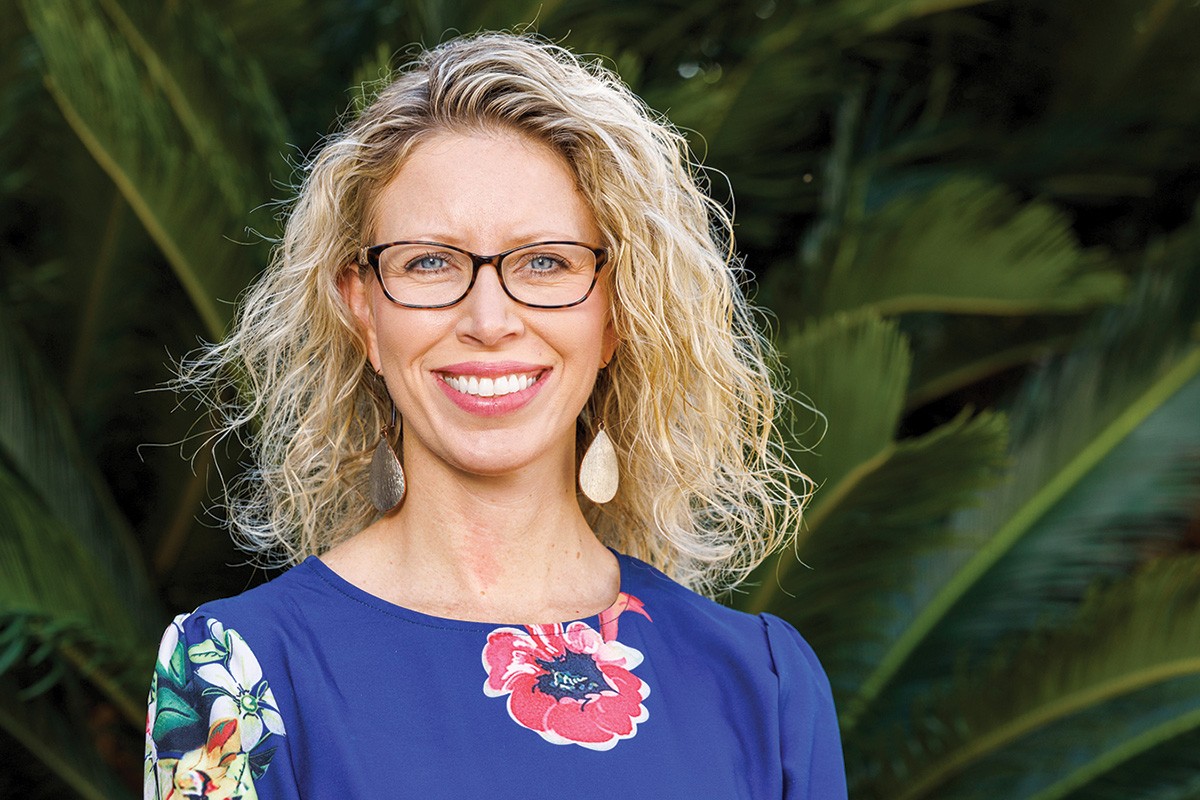 Jackson County Administrator Wilanne Daniels toured projects in Phoenix, Ariz., and Hattiesburg, Miss., to learn ways to create growth while commemorating the past. 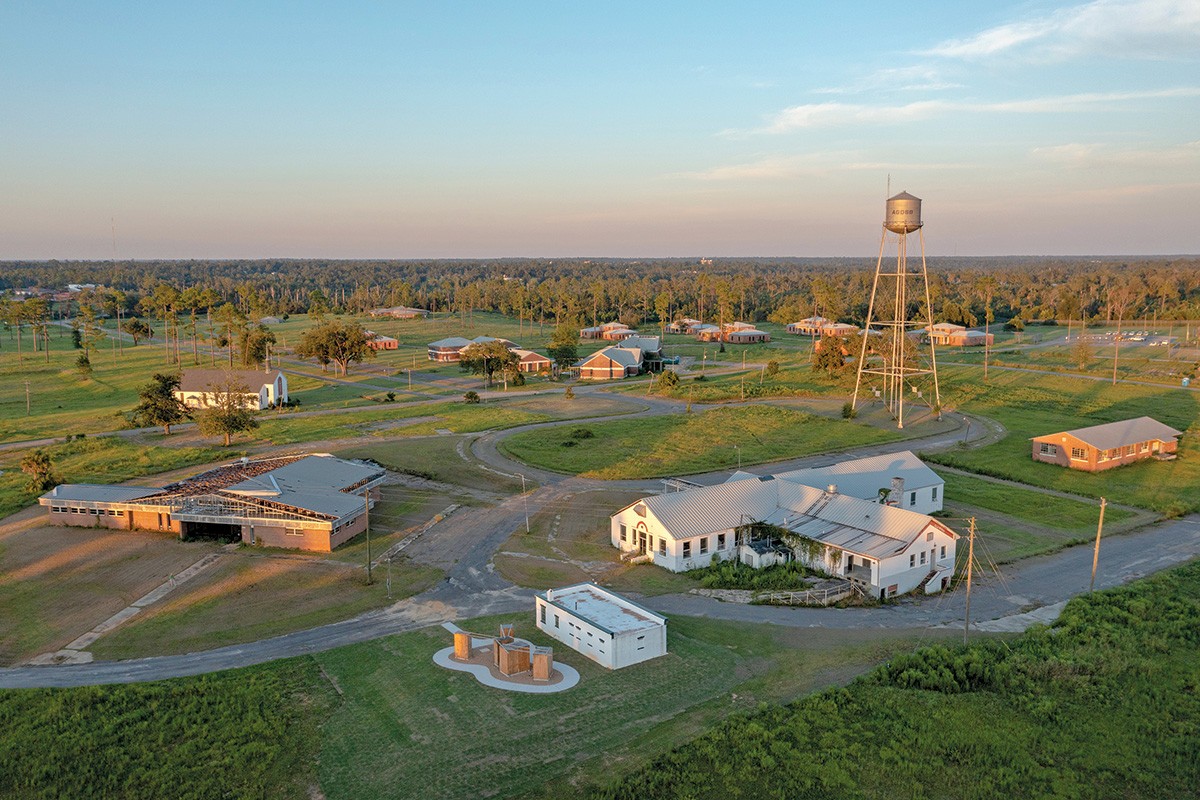 The "white house" (front left), notorious as a place of punishment, will be preserved. 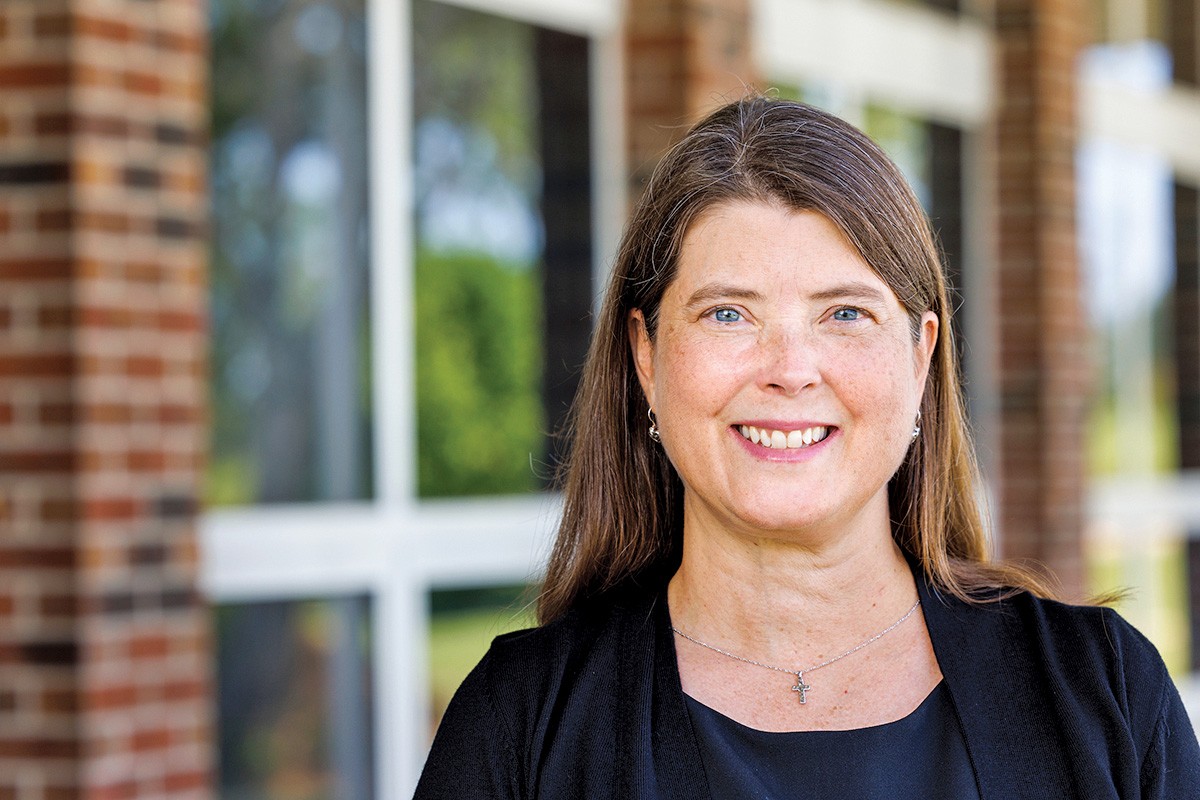 Redevelopment after the Dozier School for Boys

The shuttered Dozier School for Boys haunted Jackson County for a decade. Now plans for a new chapter are taking shape.

A former classroom building at the Dozier School for Boys, an institution where imprisoned children once endured desperate conditions, soon will become a place where young adults with autism will learn workplace and life skills. A former gymnasium is envisioned as a civic center; the old cafeteria as a museum.

At the site of the “white house” — a small, squat building where some of the worst atrocities against the boys were committed — and near the Boot Hill Cemetery where 55 graves were unearthed, a memorial soon will be unveiled. Bronze statues depicting the boys will be a reminder of the importance of truth and reconciliation, which came the hard way after years of painstaking work by forensic experts and journalists to reveal Dozier’s truths.

For a century, the school was intertwined in the town’s economy. Boys sent there from around Florida as punishment for even small infractions — smoking at school or running away from troubled homes, or after the school’s opening in 1900 for being orphans — labored on the site’s cattle farm and in the carpentry shop, did laundry for nearby prisons and learned automotive mechanics and commercial printing. The boys made many of the bricks that were used to build the school over the years. Some of them signed or stenciled their names on walls and beams that remain.

But now, 11 years after the state closed the school, the small city of Marianna is writing a new chapter. David Melvin, a civil engineer and seventh-generation Jackson County resident, has been working to repurpose the 1,278 acres the state turned over to the county in 2018. Plans for the site, located near I-10, include an industrial park, a town square with a brewery and retail shops, a civic center, a school for young adults with autism and a place of remembrance. The promoters call the project Endeavor Park.

In late 2018, Jackson County was awarded a $5.88-million Florida Job Growth Infrastructure Grant to revitalize part of the property into a regional distribution and manufacturing center and a workforce training site. Jackson County is allocating $650,000 in state funds to teach workplace and life skills to adults on the autism spectrum at NextStep at Endeavor Academy.

Melvin, who is also an Enterprise Florida board member, and Jackson County Administrator Wilanne Daniels want to market the site to business and industry that could bring jobs and tax revenue to the economically challenged area. Jackson County and neighboring Gadsden County are home to 16 state, federal and county jails and prisons; average income is well below the state average, and poverty is much higher.

The community struggled to accept the findings of investigations and researchers, as well as the worldwide attention that descended on their town during exhumations of bodies from the grounds. Melvin acknowledges his own understanding of the troubled history of Dozier had to evolve. “My mentality was we’ve got to get away from this Dozier thing; we’ve got to hide that; we’ve got to cover that up,” he says.

Melvin and Daniels toured restoration projects in Hattiesburg, Miss., that give frank accounts of history. A World War II USO center that was an African-American social hub in an era marred by lynchings is now a museum. The people of Hattiesburg also restored the historic Eureka School, preserving not only its significance to former students and teachers but also their experiences at the town’s only school for Blacks during segregation.

“They embraced their racial past for what it was,” Melvin says. “It hit me when I got back: We’ve got to embrace what happened here. It is what it is. We need to learn from history, and we need to embrace it.”

After being named director of NextStep, Tammy Dasher, a veteran teacher in the field of autism and other neurodiversities, visited the campus of First Place in Phoenix, Ariz., where adults on the autism spectrum are learning workplace skills and independent living skills. Usually, she says, people with autism have few support services available to them after aging out of the school system at age 22 and have difficulty maintaining employment and living on their own. “I saw their students getting off the light rail (train) and walking to class, going to class and then going to their work. Having that opportunity here, it’s a beautiful thing,” she says. NextStep is funded with a state grant.

Dasher and Daniels, the county administrator, intend for it to become self-sustaining, and they are seeking investments in on-site housing so students can come from anywhere and live on campus while they attend the two-year transition academy program.

Dasher’s small staff is instructing a few local students in temporary quarters at Old City Hall in Marianna until renovations for a wing of classrooms at Endeavor Park, complete with a demonstration kitchen and model living quarters for teaching up to 16 students, are finished. Six students have completed the pilot program and were hired for local jobs at Catalyst Fabric Solutions in Marianna, Hands and Hearts for Horses and other workplaces.

Dasher sees some symmetry with the past at the site of the old reform school. “As someone who has been in special education for 30 years, I started out working with the very population that was once sent there — behavior problems, maybe a lot of juvenile justice issues. Those are the people I started out working with, and I have a heart for that,” Dasher says. “They just didn’t have the same opportunities that other people had.”

For Melvin, the new chapter also is a step toward helping others see a different side of his community. “For our county to have the heart to do this is admirable,” Melvin says. “A small rural county has trouble just keeping the dirt roads graded. Training for individuals with autism is not on a typical county government’s list of things to do.”

The bodies of 53 boys who died in state custody and two adults — 24 more bodies than facility records identified — were found at Dozier by forensic scientists and anthropologists led by the University of South Florida. Some of the remains were of boys who died from influenza in the early 1900s, others in a fire and still others under suspicious circumstances and undetermined causes. Researchers accounted for more than 100 deaths among the students. More than 500 former students have alleged abuse at the school, which closed in 2011 after 111 years of operation.

Sculptor Franco Castellucio of Winter Park says the Dozier sculptures the state commissioned him to create were like no others he has made. “I became interested in the Dozier projects because they presented an opportunity to tell a truth, to report a story, a historical event, in sculpture. This is not an opportunity that comes along that often,” Castellucio says.

His sculptures place the viewer at the scene of the notorious “white house.” In one set of figures, four woeful boys summoned for punishment stand in a line. Another set shows three boys leaving, one helped by the other two, and the fourth boy is missing, representing those who died without explanation.

Castellucio says he refrained from depicting the worst of what he learned was done to the boys. “I didn’t want to create a traumatic experience for a young viewer.”

In 2017, the Florida Legislature officially apologized for treatment that was “cruel, unjust and a violation of human decency” at Dozier and its counterpart school in Okeechobee, which also was closed. The state appropriated funds for memorials at Dozier and in Florida’s capitol, and to properly bury the exhumed remains. Permanent grave markers have not yet been installed.