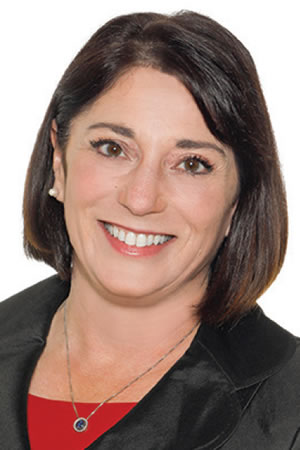 In the days after Queen Elizabeth II died, one of my favorite anecdotes shared involved a biographer who asked why the queen wore such brightly colored hats and coats. “I have to be seen to be believed,” the queen replied.

That phrase stuck in a loop in my head as I edited this month’s edition. For the past several years, FLORIDA TREND has set aside the November issue to profile women in leadership. It’s often said Florida’s greatest strength is its diversity, and our goal is to reflect that diversity in our coverage — not only in this issue, but every issue. The stories of the visionary women featured this month resonate powerfully, not only for the insights they share, but also in the many ways their journeys can inspire others to lead.

Visibility makes a difference in shaping attitudes toward women in leadership, and it has never been more important. The pandemic caused millions of women to drop out of the workforce while the Great Resignation and a wave of retirements have created opportunities to rise. Recent research has found a gap in women’s aspirations to leadership, which, when coupled with lingering biases, translates into too few women in top roles. “If we want to get to a more equitable 50/50 split, we need to have a conversation around leadership aspirations. We need to think about what women need to be able to see themselves in these roles,” says Leah Sheppard, the Washington State University associate professor who conducted the research.

I’ve been fortunate to have never been at a loss for female role models, each stage of my life and career influenced by friends, co-workers and mentors whose personal and professional determination and resilience became invaluable life lessons. In the early 2000s, nearly every significant leadership role in my hometown of Tampa, from the mayor to the commander of MacDill Air Force Base, was simultaneously held by a woman.

There’s no place I see the power of possibility more than in the University of South Florida’s Women in Leadership & Philanthropy, an organization that attracts widespread community support. Each academic year begins with an extraordinary gathering where the women who endow the organization’s scholarships meet the recipients, many of whom are the first in their families to go to college. The financial support is crucial for the students, but equally so is the mentoring and encouragement these students receive.

Success has a thousand mothers, sisters, aunties and best friends.

The power of mentorship and community can move mountains, but it can’t always overcome old ideas. In this month’s issue, we specifically took on the faulty notion that women aren’t risk-takers. And in this current era of governing by tantrum and theatrics, let’s be clear — we’re not the ones too emotional to hold power.

There’s progress, but parity is still a long way off. While there are now six times as many women CEOs of Fortune 500 companies than 20 years ago, that’s just 44 female chief executives, fewer than 9% of the total. Just 31% of board members at Fortune 500 companies are female, and when it comes to women of color, the number is in the single digits. The number of senior management positions held by women hit an all-time high in 2022 — at 33%.

“There is still a ‘broken rung’ at the first step up to manager,” reports McKinsey, the global management consulting firm. “This makes it nearly impossible for companies to lay a foundation for sustained progress at more senior levels.” Between entry-level jobs and the C-suite, the representation of women of color drops off by more than 75%.

Since the 1990s, women have outnumbered men in college enrollment and completion. Women are two-thirds of the graduate students and outnumber men in U.S. medical schools and law schools. But when it comes to earning MBAs, only three programs nationwide have reached gender parity, reports the Forté Foundation.

Even in the new economy, old attitudes endure. The Boston Consulting Group found startups led by women performed better over time, generating 10% more in cumulative revenue over a five-year period. Yet female-founded startups only received about 2% of the venture capital in 2021. That’s why some of the most important work being done in Florida’s emerging innovation economy is to build inclusivity into its foundation.

It’s a very different path to rise to a position of visible leadership when you have a 1,000-year-old institution behind you and no brothers to usurp your spot in the line of succession, as Queen Elizabeth II did. Seventy years later, just two dozen of the world’s 193 countries have female heads of state and only 13 nations have gender parity in their Cabinets.

Institutions have the power to drive progress, and almost every corporation, organization and modern nation says it values equity and opportunity. Can we commit to the deeper change needed so the metrics meet the message?

I’ll believe it when I see it.