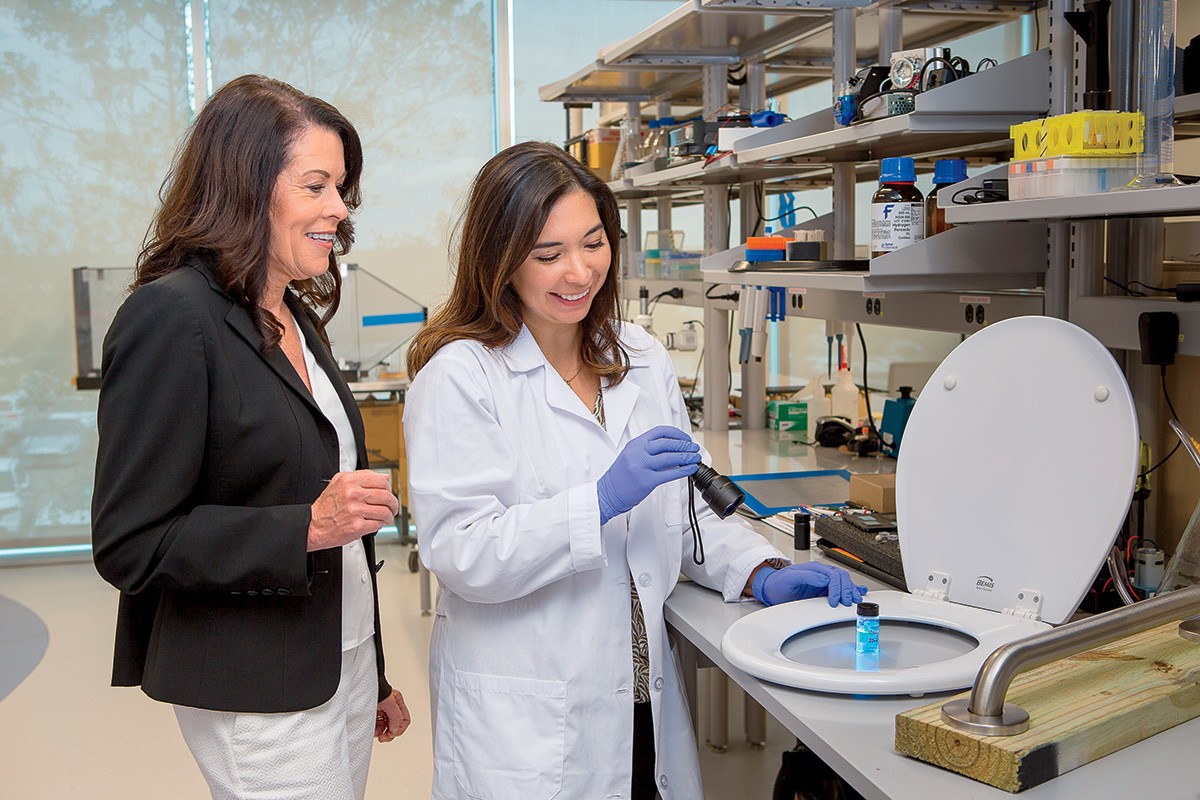 Shari Dingle Costantini (left) has taken on the role of president at Christina Drake's Kismet Technologies. The company's NanoRAD can be used on an array of surfaces, including toilet seats. 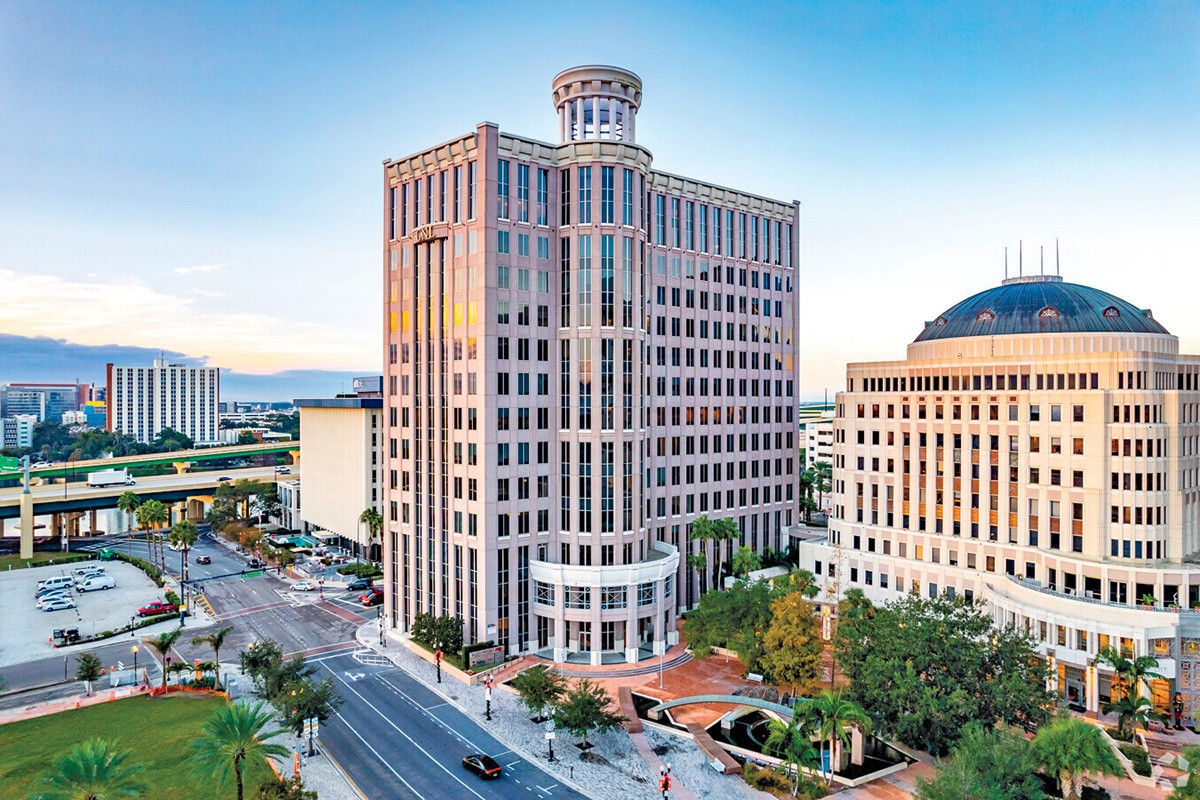 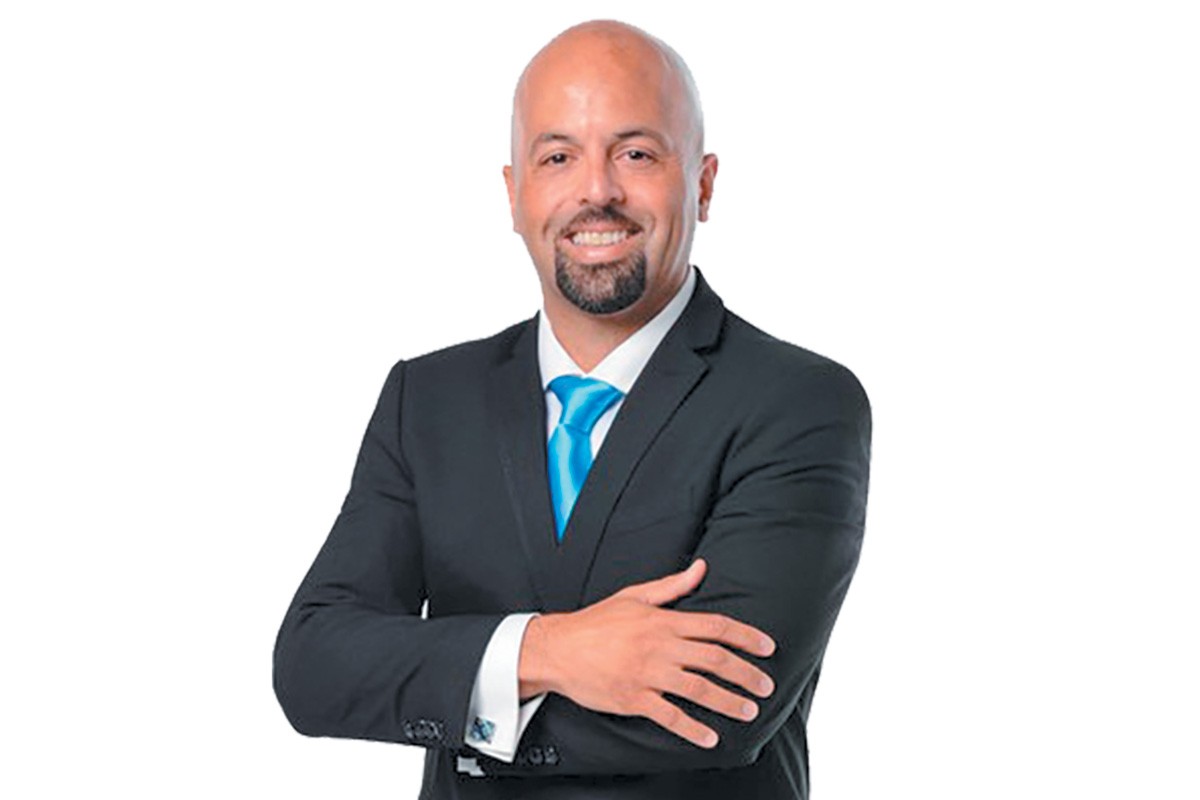 Escalate Life Sciences, which provides consulting and staffing services to pharmaceutical, medical device and biotechnology companies, has joined the UCF Business Incubation Program and plans to add 40 employees in Orlando. 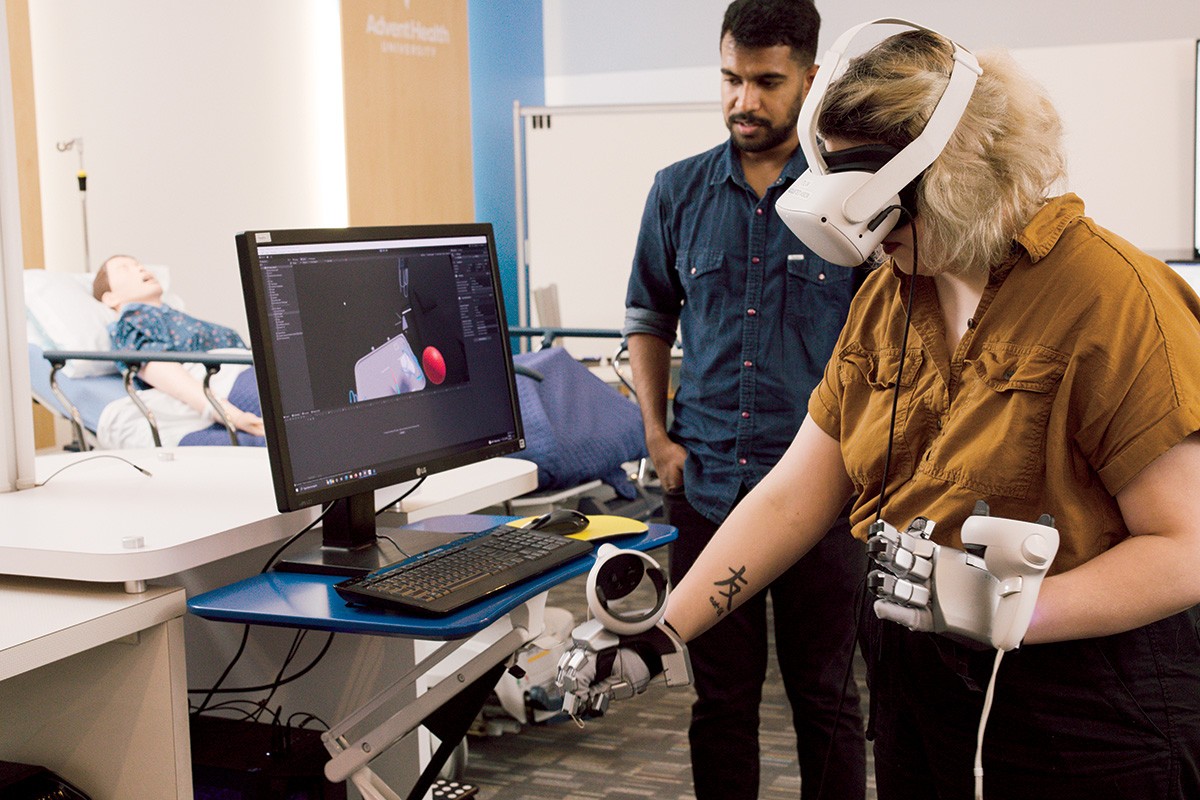 In partnership with AdventHealth University, Full Sail University opened a health care technology lab on its campus, where students from both schools will develop and demonstrate joint health care research projects that use technology to solve challenges in health care.

Three-year-old Orlando-based Kismet Technologies has developed a patent-pending nanotechnology called NanoRAD that aims to revolutionize infection control for the health care sector and other industries.

CEO and founder Christina Drake, a materials science engineer with degrees from the University of Florida and the University of Central Florida, came up with the idea for NanoRAD during the early days of the COVID-19 pandemic when she walked into a grocery store and observed an employee incorrectly trying to disinfect a door handle. (The employee didn’t leave the disinfectant on the handle long enough for it to work before wiping it off.) Working closely with two other UCF scientists and with funding from the National Science Foundation and the Florida High Tech Corridor, Drake and her team came up with their core technology — a material based on cerium oxide nanoparticles that are modified with small amounts of silver to make them more lethal to germs.

The company is getting help bringing the product to market from Shari Dingle Costantini, founder and former CEO of Avant Healthcare Professionals in Casselberry. Costantini spent the majority of her career helping the health care industry tackle staffing issues and workforce shortages. Now retired from that job, she is Kismet’s president.

Costantini says the disinfectant — which can be applied to an array of surfaces as a transparent coating — is “an incredibly robust anti-microbial,” killing more than 99.9% of bacteria and viruses (including the common cold, COVID-19 and norovirus) within two hours of application. It continues to work for up to three months and is non-toxic to humans.