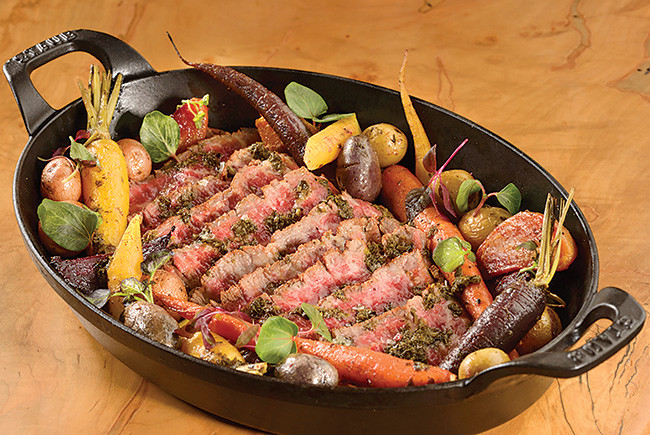 After a decade living and working in Orlando, Laurie and Kevin Tarter found the perfect place to live: Winter Garden, a small farm town with a train station, quaint downtown and booming developments 25 miles west of the city center.

One problem: It lacked a good restaurant. “If we wanted to go out for dinner, we had to get back in the car and drive into Winter Park.’’

The Tarters, both culinary pros from Disney’s top venues, Victoria & Albert’s and California Grill, set about fixing that.

They created the Chef’s Table at the old Edgewater hotel — a prix-fixe restaurant where their neighbors could go for special occasions.

As the Chef’s Table heads toward its 10th anniversary, it has become a “destination restaurant.” The city crowd now drives an hour or more to join the lucky locals. They pay $58.90 for a grand meal of perhaps low country perloo, porcini filet mignon and butterscotch creme brulee. (Reservations are a must.)

Get Florida Trend's March magazine – print or digital. Select from these options: