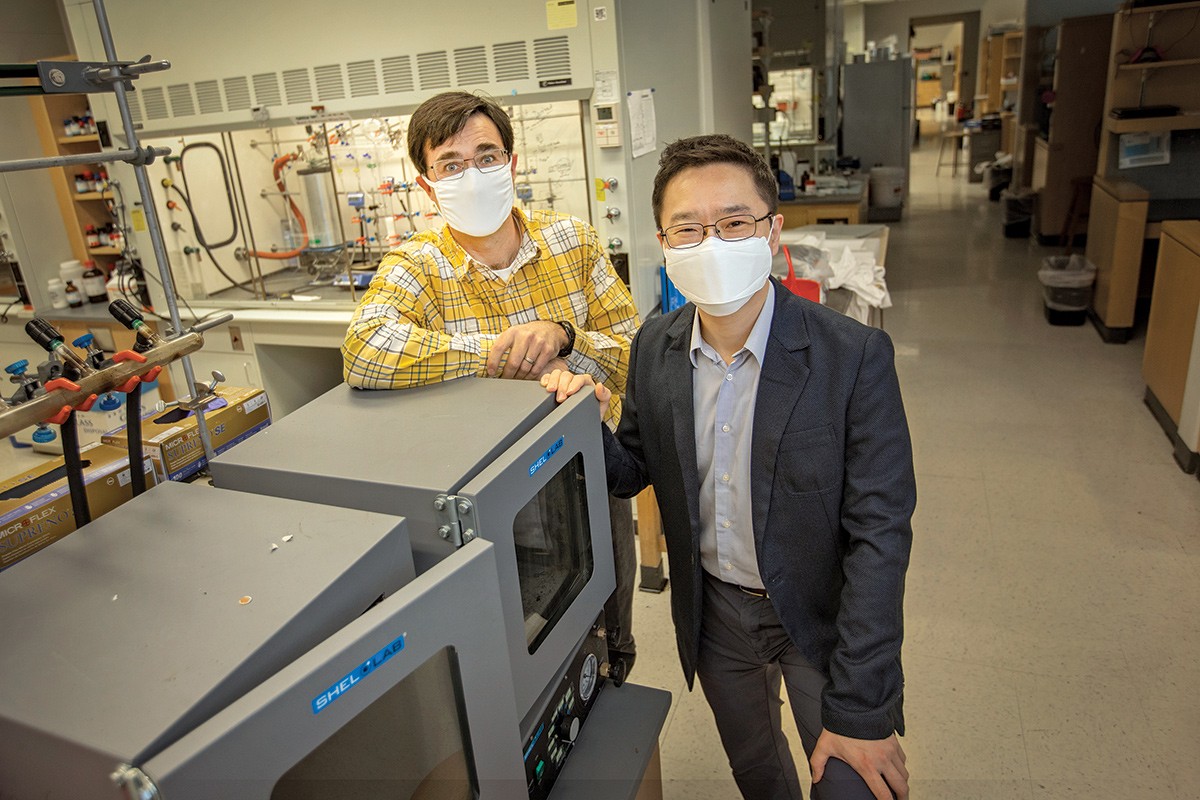 From Plants to Batteries

A Florida State University research team has developed a way to use a common material found in plants to help create safer, larger capacity batteries. By incorporating lignin — an organic compound in the cell walls of plants that makes them rigid — the team has created a type of electrolyte compound, says professor Hoyong Chung.

Electrolytes, which separate the negative and positive terminals of a battery, can be either liquid or solid, and each type has its strengths and weaknesses. “Liquid electrolytes are good conductors of ions, but solid electrolytes are typically safer, stronger and can be used at higher temperatures than liquid versions,” says Chung.

To create their new type of solid electrolyte, Chung, assisted by associate professor Daniel Hallinan Jr., combined lignin with the synthetic polymer polyethylene glycol. Along with increasing the range of temperatures at which a solid electrolyte battery can safely operate, lignin also makes batteries more sustainable.

Lignin is cheap and abundant. About 50 million tons are produced each year globally — most as a waste product from the paper industry. “This is a way to improve battery performance and to do so in a sustainable way,” Chung says. “Batteries will be even more important in the future, so improving their technology is crucial.”

Read more in Florida Trend's May issue.
Select from the following options: