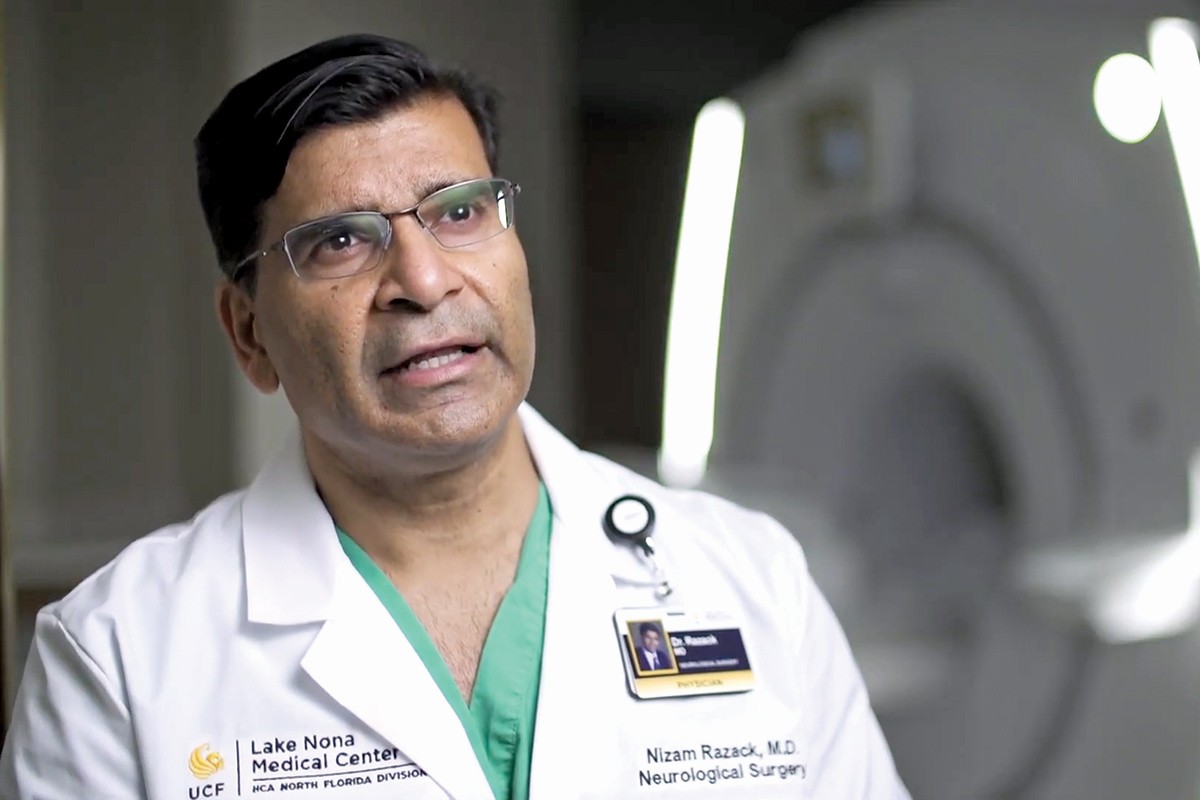 UCF Lake Nona Medical Center, which opened earlier this year in Orlando’s Medical City, is the first hospital in Central Florida to offer incisionless brain surgery to treat patients with essential tremor, a movement disorder, and tremors from Parkinson’s Disease that can’t be controlled with medications.

Dr. Nizam Razack, an Orlando neurosurgeon who performs the procedure, says the non-invasive technique takes place entirely inside an MRI scanner, using beams of ultrasound energy to target the cells that have gone haywire in a deep part of the brain called the thalamus. “We’re essentially putting sound energy into the brain to sort of heat up (and create a lesion in) that part of the brain that controls the patient’s tremor, and it makes it stop,” Razack says.

Patients’ heads are shaved prior to the treatment and a halo-like device is attached to their skull throughout the procedure. Results are often immediate, with patients returning to their normal activities — without the tremors — within days. “You’re essentially walking into the MRI scanner and walking out. It’s all done within a matter of 2-to-2½ hours,” Razack says. The method also reduces infection risks.

UCF Lake Nona Medical Center is one of the few in the nation performing the procedure, which was first approved by the U.S. Food and Drug Administration in 2016 as an alternative to a more invasive treatment known as deep brain stimulation. Nearly 10 million Americans suffer from essential tremor, a progressive neurological disease that causes uncontrolled shaking of the hands, arms and other body parts. It is often an inherited disorder and tends to worsen as a person ages.