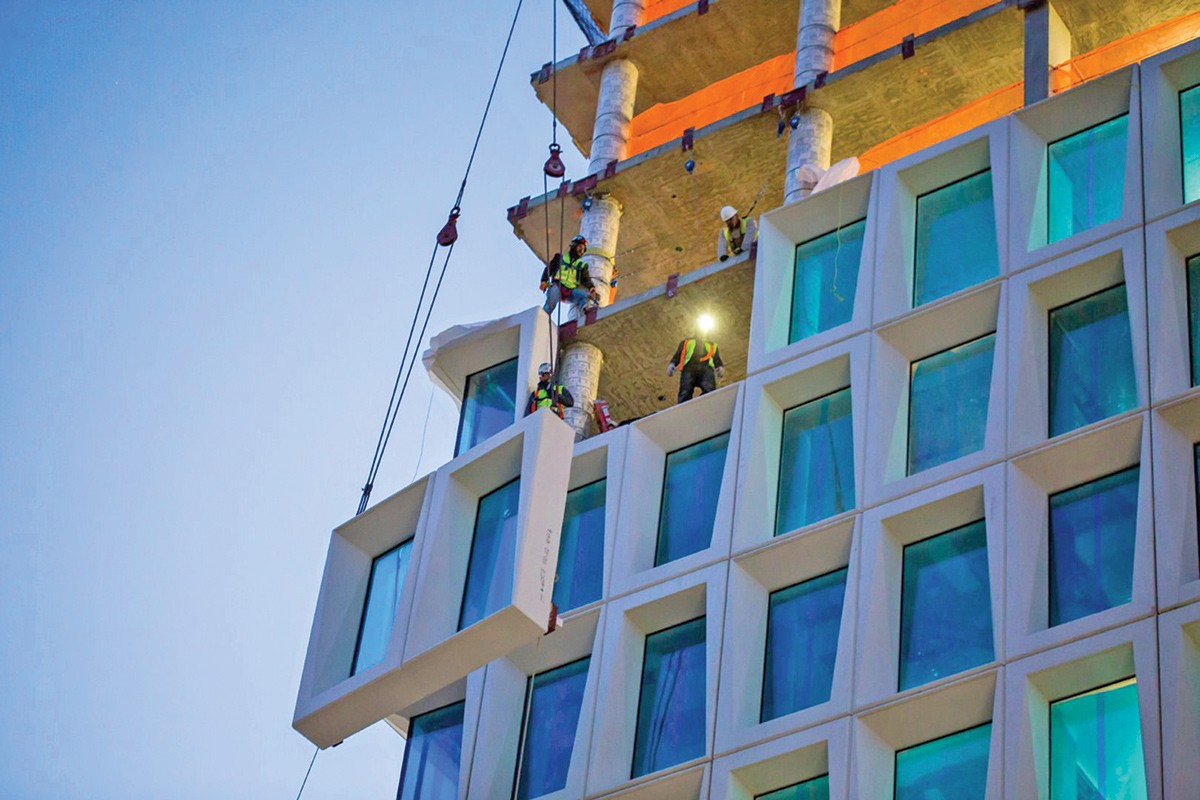 Designers can create concrete panels that resemble natural materials such as stone, brick or marble, but they can also create one-of-a-kind building facades, such as the 45-story One South First building in Domino Park in Brooklyn, N.Y. The mixed-use building’s facade was designed to resemble sugar cubes in honor of the historic Domino sugar factory on site.

“We can give an architect any color or texture they want,” says President and COO of Gate Construction Materials Group Dean Gwin.

In addition to design versatility, the GateLite concrete panels are 2 inches thick as opposed to the standard 6 to 8 inches, making them more environmentally friendly.