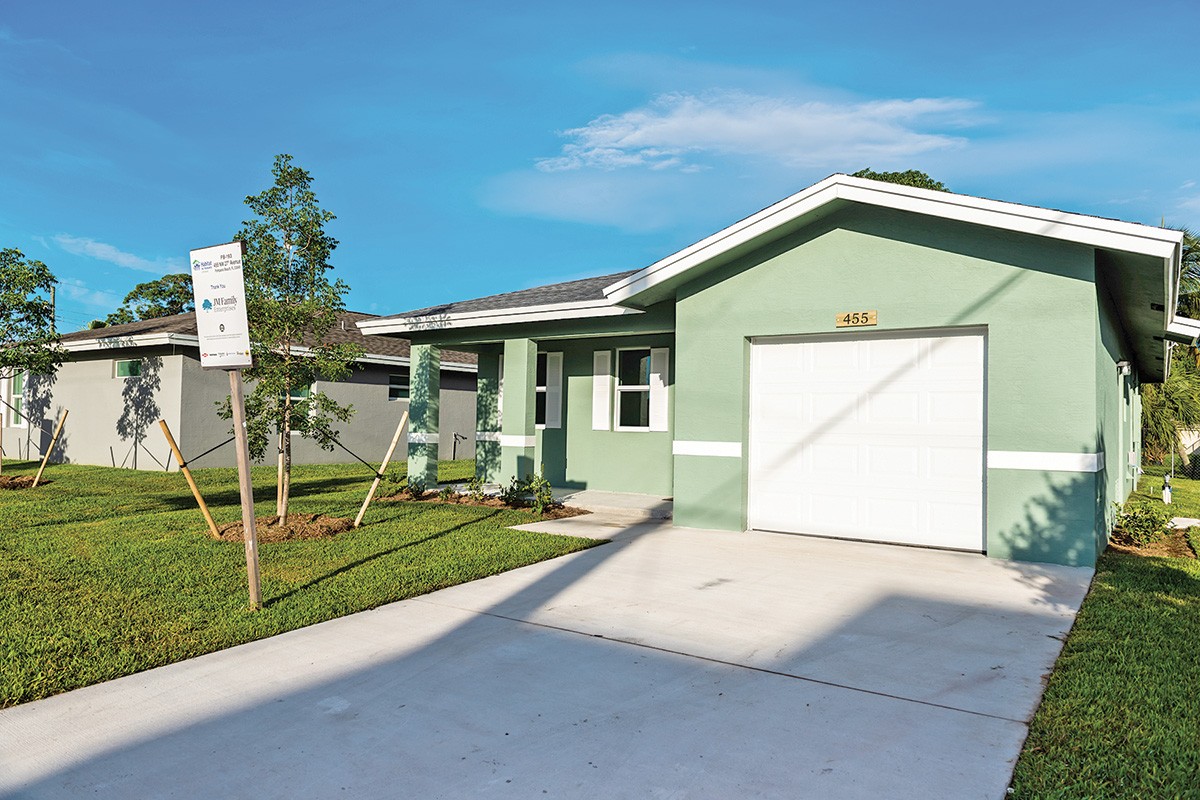 Soaring housing costs are a hazard to Florida’s economic growth, leading communities that want to sustain their workforce to respond with new initiatives. Luxury developers to non-profit agencies are stepping up with solutions — both in multifamily properties and individual homes — to address the statewide housing crunch.

Art of the Deal: Rent-Free Living While Creating Masterpieces

Miami-based Cymbal DLT made its name developing luxury residences, but it recently started work on a 341-unit apartment complex in Miami Gardens where rents are expected to be roughly half of those in comparable, new buildings in downtown Miami and Fort Lauderdale. Another Dania Beach property it’s developing offers a unique affordable housing effort for one family at no cost.

Earlier this year, the developer set aside one apartment in its waterfront Oasis Pointe Residences in Dania Beach for an artist-in-residence, offering an artist at any stage of his or her career, along with the artist’s family, a furnished place to stay for six months while creating artwork. Ukrainian painter and performance artist Lesia Khomenko is the first to occupy the apartment. Khomenko and her daughter evacuated Kyiv, leaving most of her work behind. Some of her paintings, though, had already made their way to New York galleries, where they are on display.

She is now working on a series of pieces reflecting politics and society before the war in Ukraine and since its outbreak. Residents of the building get to see her creating some of those works in an open studio, but her art also will be on display at the Untitled Art Fair in Miami in late November and at Art Basel in Miami Beach in December. Under the developer’s artist-in-residence program, artists will gift two works to Oasis Pointe’s permanent collection for the development’s common areas.

Cymbal DLT is a partnership between Asi Cymbal of Cymbal Development and Hector Torres of DLT Global. Both developers — who grew up in working-class families in Coney Island and Harlem, respectively — are known for their marquee properties and for working with globally renown architects.

The developers’ Miami Gardens project, just a few blocks from Hard Rock Stadium, will comprise 11, four-story buildings constructed around a lake. “The hope is to attract hardworking people such as hospital staff, nurses, school teachers and police officers who have been priced out of Fort Lauderdale and Miami,” the developers say. Oasis Pointe Residences in Dania Beach — By Vickie Chachere